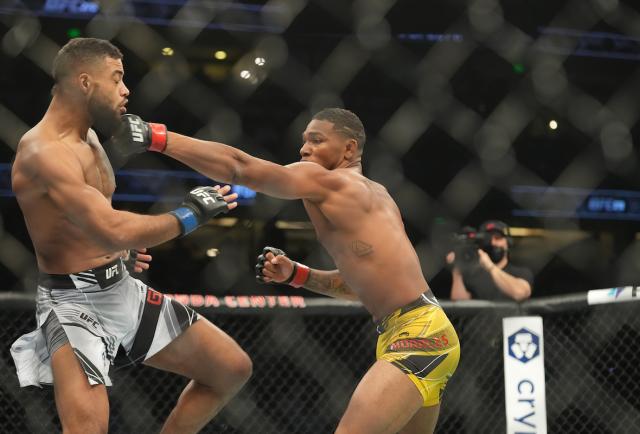 The Ecuadorian fighter, Michael Morales return to the octagon of the elargest mixed martial arts companys to face Adam Fuggit, in a fight that will take place on the preliminary card of the event UFC 277. Morales made his official debut in the company by knocking out American Trevis Giles last January.

The fight had been agreed since May this year with the Albanian Ramiz Brahimaj, however, he was left out due to injury. Fortunately, the fight remained on the billboard, and UFC got a new rival for Michael.

The 23-year-old from Orense got a contract with the UFC after winning his fight on the reality show Dana White’s Contender Series against the Kazakh fighter Nikolay Veretenikov, who was favorite to take the win. After his impressive performance, the president of the company signed him for three fights.

The event UFC 277 It will take place at the American Airlines Center in Dallas, United States. His former teammate will also fight on the main card Brandon Moreno. The main fight of the event will be for the bantamweight title championship between Amanda Nunez and Julianna Peña.

Michael Morales returned to Ecuador with a wide smile, after his victory at UFC 270

Tags: Saturday, 30, 277
Updated lightweight ranking with Rafael Fiziev as protagonist
UFC 276: Everything you need to know about the fights and their protagonists
Michael Morales does not rest, after his victory at UFC 277
UFC/MMA 1077

Loading...
Newer Post
The NBA and WNBA Partner with RCX Sports to Launch a National Network of Youth Basketball Leagues
Older Post
NBA shoes that were a hit in the 2010s and are still cool today