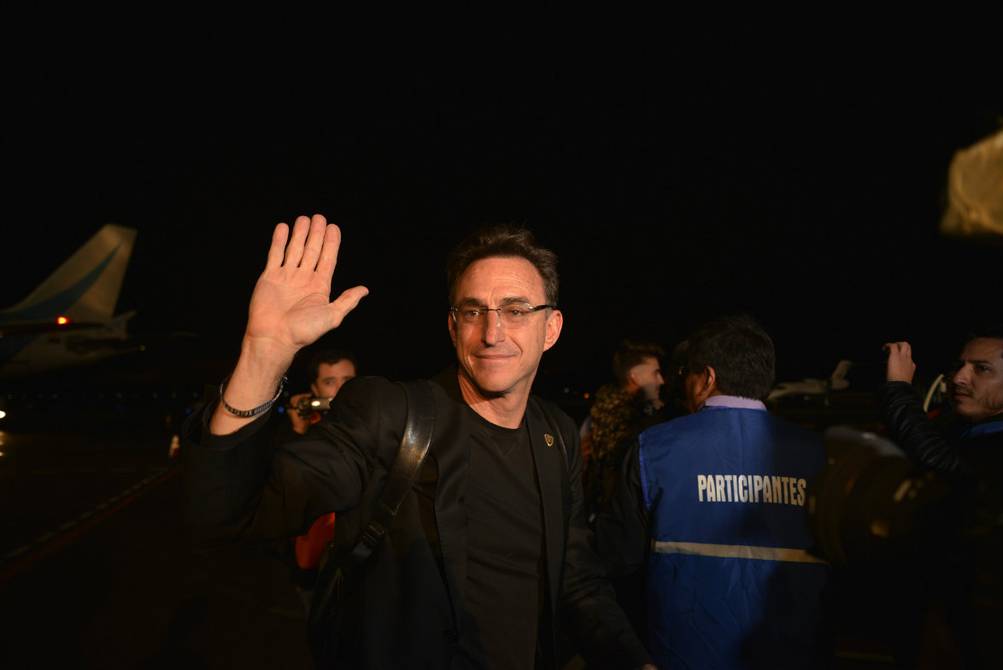 The leader was recorded on video celebrating with the rayados de Pichincha in the dressing rooms on Saturday. "He does not wear a mask correctly,"

The leader was recorded on video celebrating with the rayados de Pichincha in the dressing rooms on Saturday. “He does not wear a mask correctly,” says the minutes.

The Professional League (LigaPro) fined Independiente del Valle, as an “offender”, with $ 1,200, on the grounds that Michel Deller, who is a director of the Ecuadorian Football Federation (FEF), “does not wear a mask correctly”, an “infraction” that appears in the sanctions record of the recent round of Serie A, in which the striped ones from Pichincha beat Emelec (3-2), a crucial duel in the definition of the second round of the national championship.

According to the LigaPro Disciplinary Committee document, corresponding to date 14 of phase 2 of the first division tournament, Independiente received a total financial sanction of $ 3,400 for infractions in the programming against the millionaire team. Of the amount, $ 1,200 is due to Deller, whom videos on social networks allowed him to see in the dressing room of the striped ones celebrating with the squad the triumph at the Banco Guayaquil stadium (Quito).

In the Instagram account of the player José Tin Angulo, a live transmission captured the leader of the Federation in a hug with the striker, with the mask incorrectly placed and dancing.

Deller – former principal of the Pichinchano club and who already apologized in June for his “passionate behavior” when playing Independiente, which caused him a veto at the George Capwell stadium – has been a director of the FEF since January 2019. In the football rector He served as vice president, a position that Carlos Manzur has held since September 2021.

Saturday’s victory against Emelec left the team led by Renato Paiva as the virtual winner of the stage in the absence of the last date, so duels with the electric cast would be reissued in the title finals.

Already on Tuesday, Deller was pointed out by Nassib Neme, president of the millionaire club, of being the one who “feeds” the “vision of Ecuador” of the Portuguese Paiva, who described as “contempt” to the national referees the fact that Emelec requested foreign referees to operate the VAR in the definition of the championship, next December.

Emelec will be able to count on 18,000 fans against Manta

“It is not my style to personalize controversies or criticize coaches. Neither do I personally know Paiva, nor does he know me. He arrived in the country recently and surely has a vision of Ecuador and its people that are fed by Mr. (Michel) Deller and his organization, ”Neme told EL UNIVERSO. (D)

Valencia achieves an agonizing draw in soccer in Spain
Santiago Wanderers complicated against La Serena and fell in women’s football
FEMALE FOOTBALL Vero Boquete: “Spain is the favorite for the Eurocup and the World Cup”
FOOTBALL 651