Michoacan boxing will bring medals to the 2022 National Games 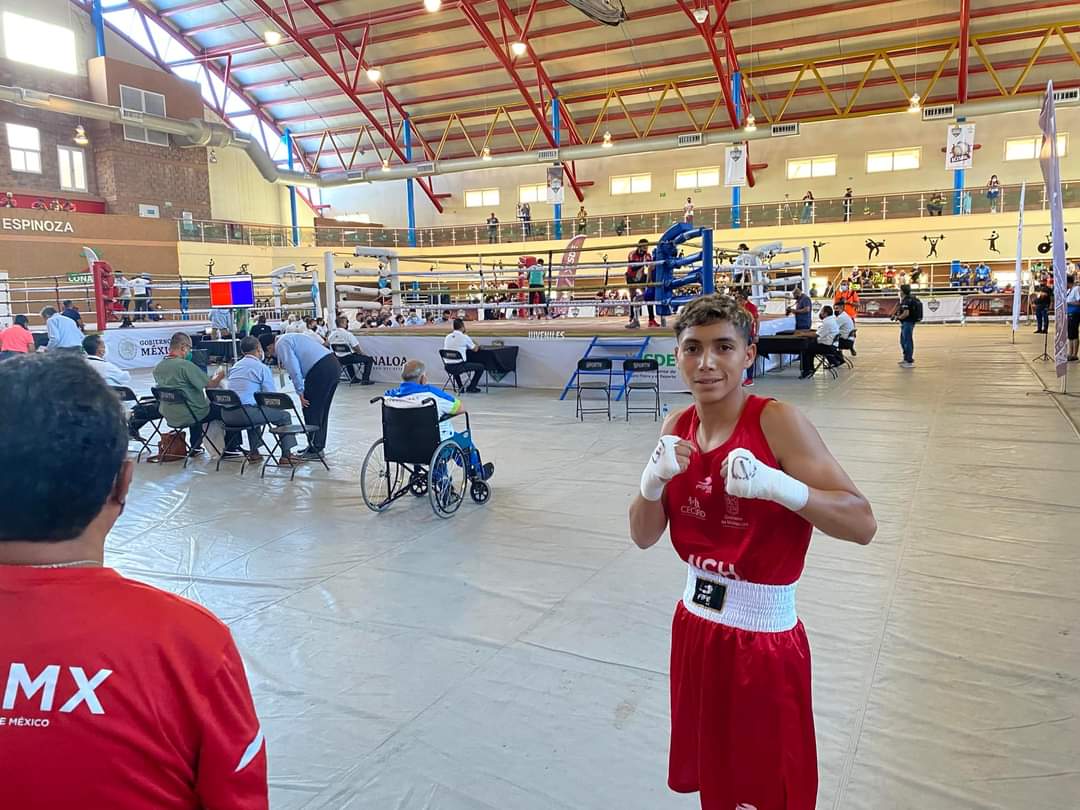 Axel Sierra/Quadratín Sports MORELIA, Mich., June 27, 2022.- Boxing at the Conade 2022 Nationals continues and after the fourth day of acti

MORELIA, Mich., June 27, 2022.- Boxing at the Conade 2022 Nationals continues and after the fourth day of activities at the María del Rosario Espinoza Gymnasium in Culiacán, Sinaloa, the contest already has its first fighters classified to the dispute for the gold medal in five divisions corresponding to the Youth category. Among them is the Michoacan boxer Santiago Barajas.

In the Sub 18 class, the native of Sahuayo became the first finalist of the session by defeating Francisco Juárez, from Oaxaca, by TKO in the second round, in the minimum division (-48 kilograms) and will have as his rival in the dispute for the gold medal against Mauricio Ruiz from Monterrey, who with a solvent exhibition unanimously defeated Kevin Valenzuela, from Querétaro, this Monday afternoon.

For his part, in lightweight (-60 kg), the current monarch Brandon Mejía, from the State of Mexico, is one win away from endorsing the title in his last year of eligibility, after defeating Carlos Hernández, from Morelos, by unanimous decision. , and will be measured in the fight for the gold metal against Aguascalientes Xavier Lehi Zúñiga, who defeated 3-2 Ethan Ray Pérez, a native of San Antonio, Texas, and who represents the IME (Institute of Mexicans Abroad).

In addition to the Purépecha athlete Santiago Barajas, the entity will have another medalist and it will be the representative of Pátzcuaro, Dorian Gutiérrez, who will also enter into action this day for the bronze medal.

Michoacán registers 48 metals that have been harvested so far in the most important amateur fair in the country, 13 are gold, 11 silver and 24 bronze.

Changes announced in the payroll of Domadores de Cuba for the top in the professional boxing circuit
Boxing bumpers between experience and strength in Tartagal RC
Boxing: A new day of Liga4Boxing Visornets arrives
BOXING 3573