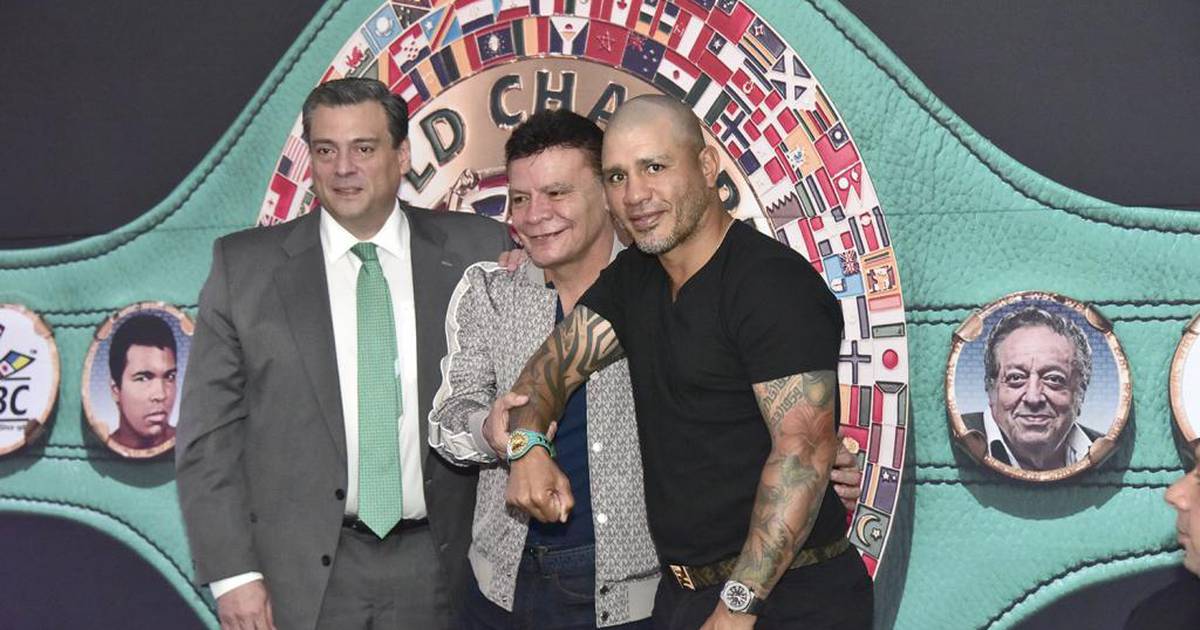 The World Boxing Council continues to recognize its great historical champions, and now it was the turn of one of the most renowned Puerto Rican fi

The World Boxing Council continues to recognize its great historical champions, and now it was the turn of one of the most renowned Puerto Rican fighters, Miguel Ángel Cotto.

On Coffee Tuesday, the WBC gave recognition to the ‘Pride of Puerto Rico’ and champion in four different divisions.

Cotto, who shone in his beginnings in amateur boxing, quickly established himself in professional boxing, with a career in which he had a record of 46 wins, 33 by way of knockout and only 6 losses.

During his time in the strings, Miguel revived the boxing rivalry between Mexico and Puerto Rico, facing fighters like Saúl Álvarez. He was champion in 4 divisions and faced the best, including: Shane Mosley, Zab Judah, Joshua Clottey, Manny Pacquiao, Floyd Mayweather, Sergio Martinez and more.

The multiple world champion said goodbye to those involved in 2017, but he did not put aside his passion for boxing because he became a promoter and in that facet he seeks to return the golden age of boxing to his native Puerto Rico.

Visibly moved by this tribute, Miguel fondly remembered Don José Sulaimán, who in his first years as a professional gave him the opportunity to compete for a WBC title.

For Mauricio Sulaimán, president of the WBC, Miguel is an example of struggle and perseverance, of a boxer who, based on discipline and love of the sport, conquered his dreams and today reaps the fruits of his effort.

With emotions running high, former world champion Daniel Zaragoza and the organization’s top official presented him with a green and gold bracelet.

Cotto affirms that GGG will have his last test against Canelo

He said that the trilogy fight between Canelo and GGG is going to be really great, it’s Gennady’s last big chance and there will be opportunities for both of them to take advantage and take a win.

Tags: Cotto, WBC, miguel cotto
Son of the Boxer shines in training with Eddy Reynoso
How much money did the Mexican boxer earn in his first fight?
“You will never have enough balls to come to MMA”
BOXING 3635