Miguel Cotto Promotions predicts a good year for several of his boxers: “2022 is going to be the year of Oscar Collazo and Danielito Zorrilla” 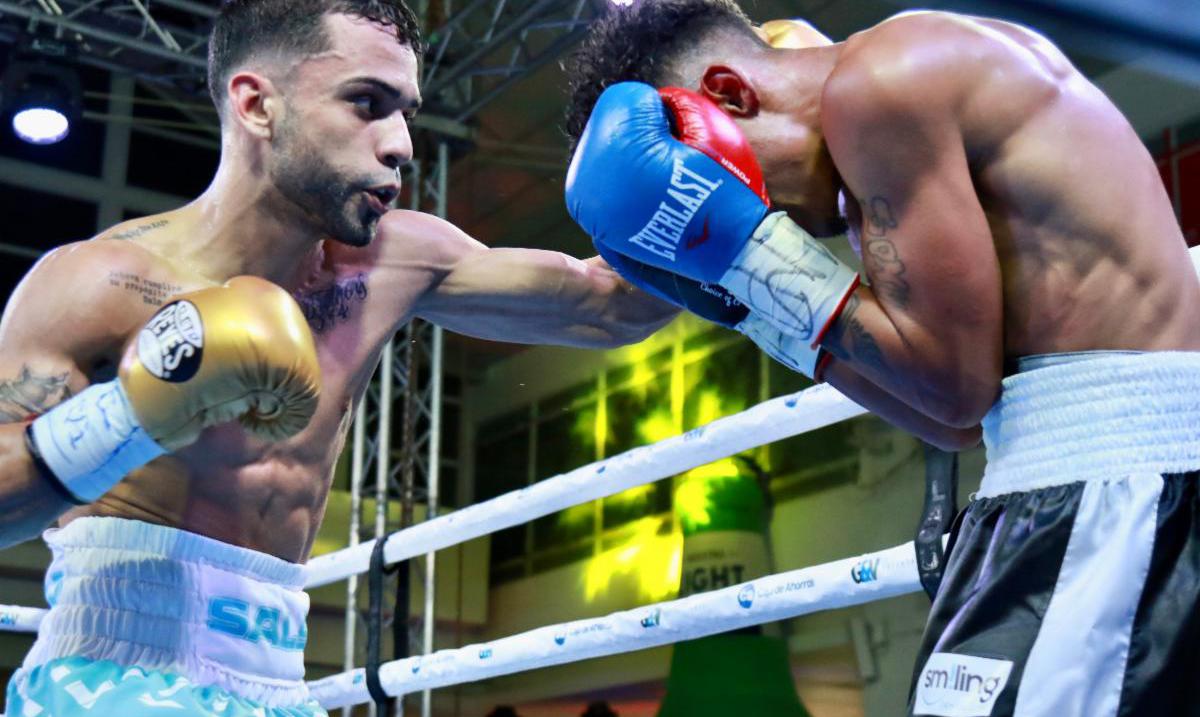 The Miguel Cotto Promotions company has high expectations with several fighters, including Oscar Collazo and Danielito Zorrilla, who understand tha

The Miguel Cotto Promotions company has high expectations with several fighters, including Oscar Collazo and Danielito Zorrilla, who understand that they could be close to fighting for world titles in 2022.

In an interview with El Nuevo Día, Héctor Soto, vice president of the promoter company, and the executive director Bryan Pérez stipulated that both Collazo and Zorrilla look like strong contenders to dispute for world championships either of the World Boxing Organization (WBO) or of the World Boxing Association (WBA).

Collazo (4-0, 3 KO&#8217;s) won the WBO 105-pound Latin Championship on December 4, 2021 by defeating Ecuadorian Pedro Villegas by knockout in the third round in a fight in Panama. For his part, Zorrilla (16-0, 12 KO&#8217;s) successfully defended his undefeated and WBO NABO belt at 140 pounds by defeating Mexican Pablo César Cano by knockout in the second round on September 14.

“I would tell you that 2022 is going to be the year of Oscar Collazo and Danielito Zorrilla. They are going to be consecrated as the great figures and next important figures of Puerto Rican boxing. They have earned it, they have worked for it and in each fight they affirm it more ”, declared Pérez.

“Oscar Collazo was a fighter who debuted in 2020. Unfortunately the pandemic arrived and he only asked twice that year, then he fought in March 2021 and ended with a great fight in Panama, where he made history by winning a regional title in the WBO with only four fights, &#8220;he added.

As for Zorrilla, Pérez said he is a fighter with &#8220;great talent and great potential to become world champion.&#8221;

“He had a great fight with Pablo César Cano, whom he disarmed in only two rounds. Cano is a fighter of caliber, who fought with Paul Malignaggi, with Shane Mosley, with Jorge Linares and gave them battle. He neutralized that fighter Danielito in two rounds. That should tell us the level of boxing that Danielito Zorrilla has, ”argued Pérez.

“He is in an extremely important division (140 pounds) in boxing. He is hungry, he has the desire and with the support of our company there is no doubt that Zorrilla is going to be world champion soon and that 2022 will be his ”, added Pérez.

“We project that by summer Arely will be fighting for the world title. We are working so that the opportunity is given to him with the World Boxing Organization, ”said Soto.

Muciño will be followed by Bryan Chevalier (16-1-1, 12 KO&#8217;s), who will rise to the ensogado on March 5 for a brawl that Soto estimates should place him in the top three places in the WBO at 126 pounds, by what he understands that at the end of the year he could contest a world title at 126 pounds.

Chevalier will defend the WBO 126-pound NABO belt, which he won on July 9 after defeating James Wilkins by unanimous decision on an undercard in Los Angeles.

The third date corresponds to Zorrilla. He will fight on March 18. At the moment, the opponents that Muciño, Chevalier and Zorrilla will face are unknown.

“Another one we are working on is McWilliams Arroyo, whose last fight with Julio César Martínez was a &#8216;no contest&#8217;. We hope that the first quarter of this year will get the revenge, &#8220;said Soto.

Arroyo (21-4, 16 KO&#8217;s) challenged Mexican Martinez for the World Boxing Council (WBC) flyweight title on November 19. However, the fight ended without a decision after she had to be stopped by a cut that the Puerto Rican suffered due to an unintentional head butt.

Pérez explained that the company that bears the name of the multiple former Puerto Rican world champion works together with Golden Boy Promotions to set up a billboard in Puerto Rico and spread it through DAZN and a new platform from the Bally Sports Entertainment company.

“It is a development platform that Golen Boy is working with Bally Sports Entertainment. Es Bally is a television channel dedicated to sports. He works on the broadcast of all the NBA games, Major League Baseball and now they are going to include boxing. This is one of the platforms that will arrive in Puerto Rico from us, ”Pérez explained.

The executive director added that the company is in negotiations with a promoter from the Dominican Republic to open a place to hold fights. “We are looking at different scenarios, among them is Panama, where we did the last Oscar Collazo fight, and now we are looking at the Dominican Republic, but with the intention that each event is broadcast live for Puerto Rico. We are not going to stop strengthening our main square, which is Puerto Rico, ”added Pérez, who indicated that there will be more collaborations in Panama as Puerto Rico stabilizes.