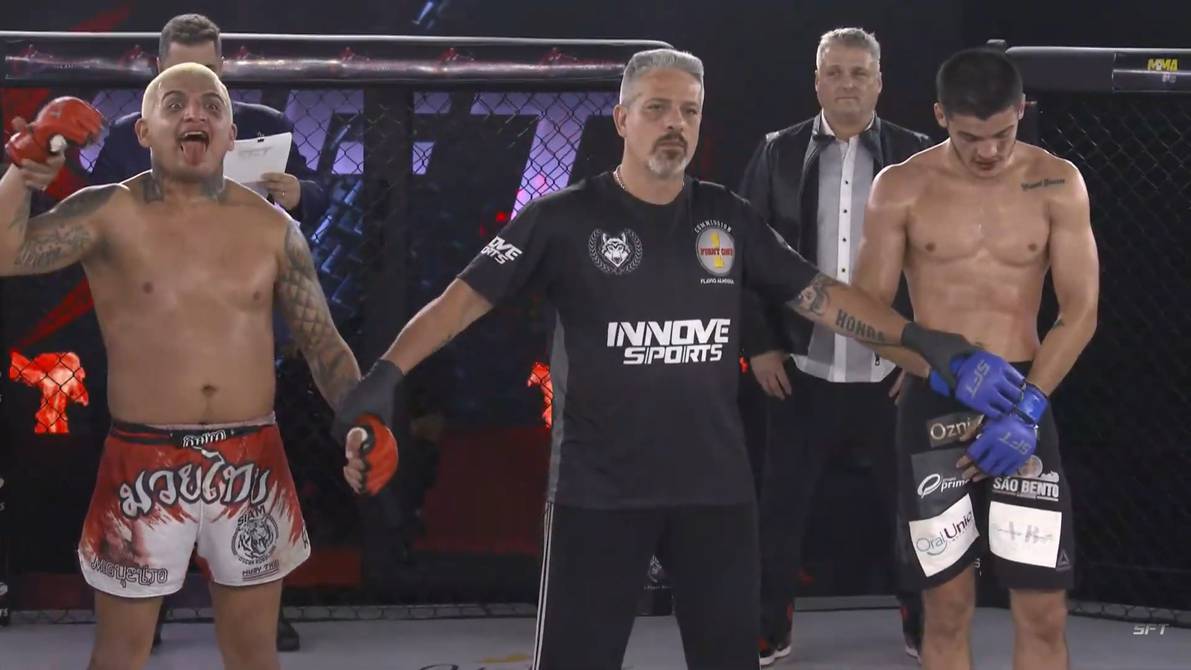 (VIDEO) Second consecutive victory for the Quiteño in Brazil, after the one achieved by KO over Rogerio Lino in Dog Tower Fight 5, on November 20.D

(VIDEO) Second consecutive victory for the Quiteño in Brazil, after the one achieved by KO over Rogerio Lino in Dog Tower Fight 5, on November 20.

The Ecuadorian Miguel Grijalva defeated the Brazilian Lucas Barreto on Saturday in a duel of the featherweight category of the SFT Combat league, in which he made his debut as part of the SFT 32 card: Nogueira vs. Marajo, in Sao Paulo, Brazil.

The Quito-born won by TKO in the second round and added his second consecutive victory in Brazilian lands, which he arrived with with that mission last August.

He came out front from the sound of the bell, landed the best punches in his combinations and even sent Barreto to the ground with a right front.

He received an elbow when the last minute of the first round (of 5 minutes each) was passing, but the Ecuadorian immediately joined in responding with violence.

Grijalva fought back and kicked a frustrated Brazilian who collapsed in the second round and couldn’t hold out any longer as he lay on the cage fence and was finished 38 seconds from time.

This was the second victory in a row for the capital in Brazil after the one achieved by KO at 2 minutes 17 seconds over Rogerio Lino in the Dog Tower Fight 5 function, on November 20.

“I felt Barreto’s elbow, we are people. But the experience, I have been fighting since I was 7 years old. Sometimes, perhaps, more technique is lacking, learning more things; that’s why I’m in Brazil, to learn more. So, we have the experience of feeling blows, cotovelos (elbows), knees, but every day we learn more. I felt that cotovelo (elbow) and I continued the fight ”, said the winner.

Then, in contact with EL UNIVERSO, the tricolor affirmed: “I am the first Ecuadorian to win two Brazilians in Brazil.” (D)

Loading...
Newer Post
What football matches can I watch for free if I hire Finetwork?
Older Post
The tremendous dunks of Hansel Enmanuel, the one-armed young man who dreams of the NBA