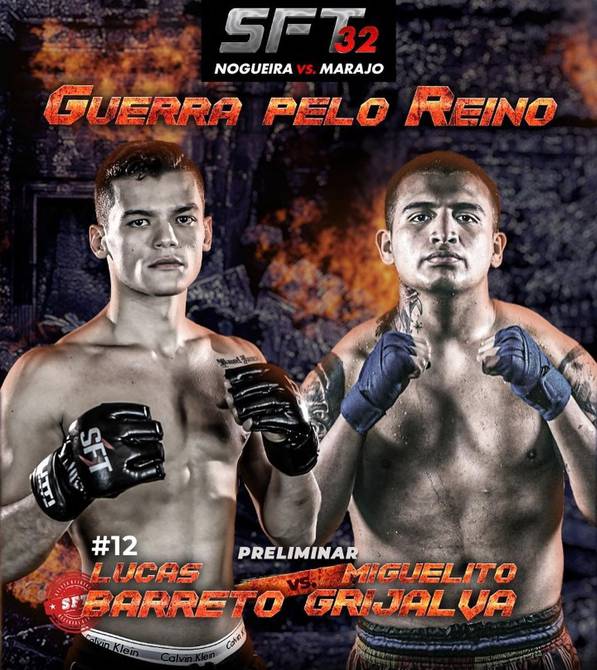 He is 20 years old and arrived in Brazil on August 20. He trains at Thaiunit Academia, in Sao Paulo.

Miguel Grijalva from Quito will have action this Saturday, December 18, at the SFT Combat cage, in Sao Paulo, Brazil. The professional mixed martial arts (MMA) duel is against local Lucas Barreto in the featherweight category at the SFT 32 event.

The representative from the capital returns to the cage after almost a month of his victory by KO at 2 minutes 17 seconds over Rogerio Lino in the Dog Tower Fight 5 function, on November 20.

“Tomorrow (Saturday), with the blessing of God, 6-0-0 at night,” said the tricolor fighter.

Grijalva, 20, also has a fighting record in muay thai, kickboxing, K1 and boxing.

In professional MMA it will be his sixth match, and he says he will fulfill it “in the best MMA league today in Brazil.”

Process full of problems for economy

Before debuting in Brazil in the Dog Tower Fight league, Grijalva had a hard time because three fights in which his name had been announced were canceled for different reasons. Also, he moved twice.

It arrived on August 12 to the South American giant. First he settled in Salvador de Bahia, then he moved to Rio de Janeiro, where two scheduled fights were canceled. Until his manager offered him to train at the Thaiunit Academia center, in Sao Paulo, and he settled down.

“In this process I have had many financial problems, but they have also been solved in a good way. To come I lost $ 700 that to this day the airline does not reimburse. I arrived in Brazil with 30 dollars and I did not have what to train properly … “, he told EL UNIVERSO.

“All I am telling you were economic downturns because it has been traveling again, paying for a stay, buying things, buying food, losing things. When I don’t fight, I’m not giving results as a fighter ”.

Living satisfactorily in Sao Paulo, right now Grijalva supports his expenses with the contribution of four Brazilian sponsorships and three from Ecuador.

His plan, he says with enthusiasm, is to settle in Brazil and reach a big MMA league. For now he is intervening in the featherweight category, but his goal is to reach bantamweight.

“I want to fight in Argentina, travel to Mexico and return to Ecuador to fight for a belt when I already have my (mark) 10-0 or 11-0,” predicts the athlete from Quito. “My plan is to get to the UFC, Bellator or ONE Championship.”

The SFT 32 undercard: Nogueira vs. Marajo can be seen live through the BAND platform and on YouTube outside of Brazilian territory. (D)

UFC: Another spectacular KO for the fast track of Cris Cyborg
It will happen? Michael Chandler gave his prediction on the new UFC champion
Five more fighters: the Contender Series has fifteen new contracts for the UFC in three weeks
UFC/MMA 468