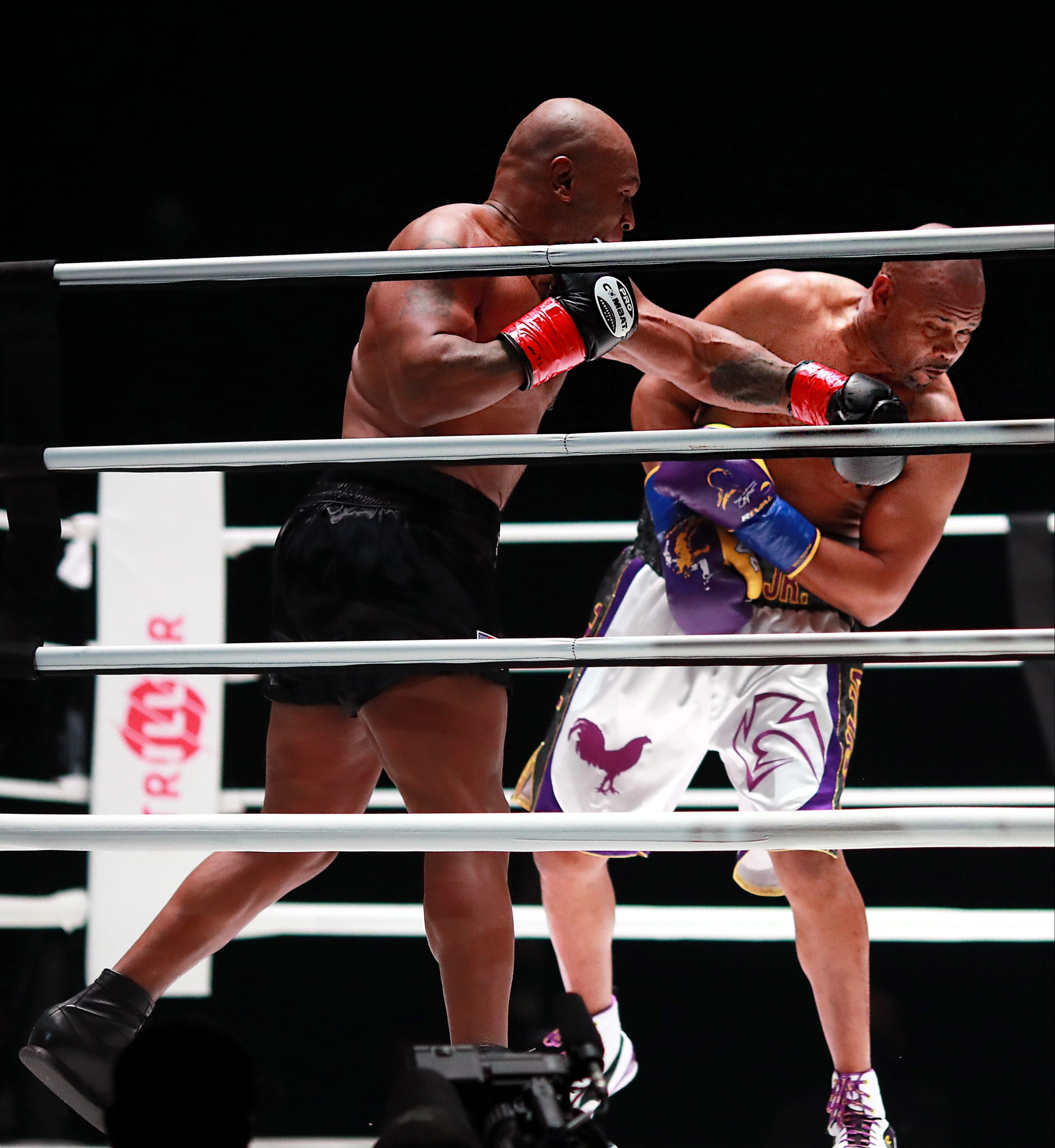 MIKE TYSON has admitted he is considering not fighting again after his return to boxing became 'financial' rather than 'fun'. The heavyweight leg

MIKE TYSON has admitted he is considering not fighting again after his return to boxing became ‘financial’ rather than ‘fun’.

The heavyweight legend made a stunning comeback in November 2020, more than 15 years after he announced his retirement.

Tyson, 55, drew in an eight-round exhibition with American great Roy Jones Jr, 53, in a Triller pay-per-view that sold 1.6 million buys.

But after the commercial success of Iron Mike’s return, he admitted that boxing was once again a bigger burden.

Tyson said on Nelk Boys Podcast: “I do not think it does [fight] either, but you never know again.

“The guys want to fight me for $100 million. I don’t think I’ll ever do things like that again.

“I wanted to do it the first time, just for fun, to have fun. Some people took it to another level and made it financial and the fun is over.”

Tyson quickly announced plans to fight again and was rumored to be in talks with old rivals Evander Holyfield, 59, and Lennox Lewis, 56.

YouTube stars Logan and Jake Paul, aged 26 and 25 respectively, have also been linked with the youngest heavyweight champion of all time.

SunSport revealed that Tyson and Jake had a verbal agreement for an exhibition in Las Vegas.

But when asked about the fight against the social media sensation 5-0, Iron Mike admitted that he was dead in the water.

Tyson said: “I’m not even interested in doing this stuff.

“If it had been when it started, yes, and we were both fighting on the same card and both active, yes, I would, but it turned bad.

Loading...
Newer Post
NBA: Embiid vs. Jokic: the MVP is a matter of giants… and foreigners
Older Post
Trump plans to build four towers at his Doral golf club in Florida