Mike Tyson, from the rings to the marijuana industry 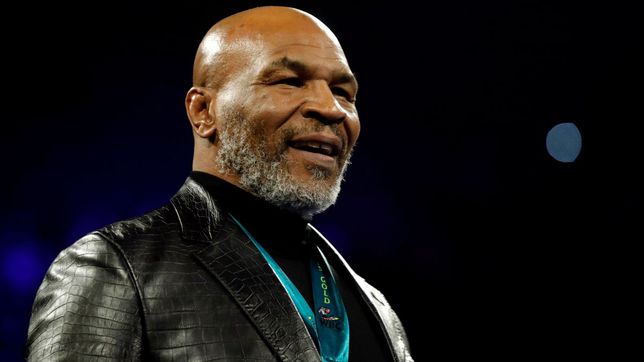 The legendary boxer Mike Tyson has a fortune valued at 300 million dollars and has invested it in a diversified way and one of his most profitable businesses in recent years is related to cannabis.

The former heavyweight champion owns the company TYSON 2.0, which is responsible for providing high-quality cannabis products throughout the United States. On multiple occasions after his retirement, Tyson has admitted to using marijuana during his time as a professional boxer and has claimed that the recreational drug helped him with his performance.

The product inventory includes ear-shaped edible gummies, as a reminder of the bite against Evander Holyfield, which include 10 percent tetrahydrocannabinol (THC) and are flavored with apple, watermelon and blackberry. The company also sells marijuana in pre-forged cigarettes or by weight in different presentations.

YOU MAY BE INTERESTED: The long and isolated wait that GGG suffered to fight Canelo again

Other athletes with investments in cannabis

In addition to Tyson, other athletes have decided to invest part of their earnings in the cannabis business, such as Kevin Durant, NBA superstar, and David Beckham, former Real Madrid player.

KD, through his company Thirty Five Ventures, has partnered with Weedmaps, a technology platform used to buy cannabis products. For his part, the former English soccer player has invested in Cellular Goods, a company that produces skin care products based on cannabis ingredients.

“I am going to beat the Mexican by knockout and in the first round”
Brown wins the World Boxing Championship without throwing punches
Boxing: The viral video in which Julius Francis, a former boxer who fought with Mike Tyson, knocks out a rioter
BOXING 3645