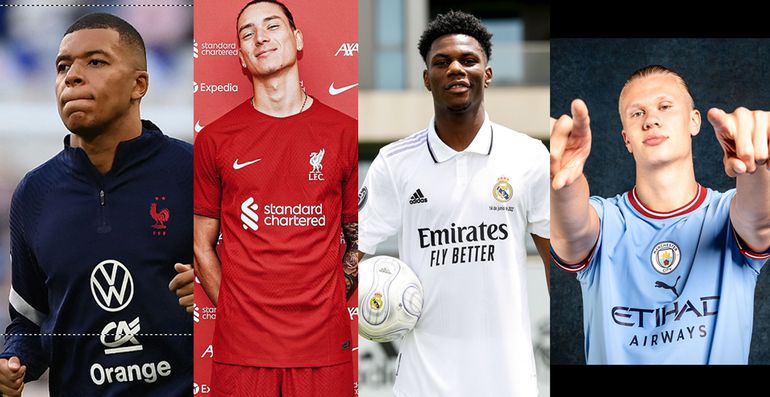 Passing moves in European football started off very strong. Three operations stand out in this spectacular start to the market, which will last un

Passing moves in European football started off very strong. Three operations stand out in this spectacular start to the market, which will last until August 31. The season in most leagues will start between August 5 and 7.

Real Madrid and Liverpool began to shake up the transfer market with operations that can reach 100 million euros if the variables agreed by the clubs involved are met.

* Aurélien Tchouaméni, a 22-year-old French midfielder for whom Real Madrid paid 80 million euros to Monaco plus another 20 million depending on his performance.

* Liverpool has closed another agreement of 100 million (75 million fixed and 25 in variables) with Benfica for the Uruguayan striker Darwin Núñez, 22 years old.

* Erling Haaland is the third standout. Manchester City put an end to long months of speculation by paying the 60 million euros to Dortmund for the release clause of the 21-year-old Norwegian gunner.

* But Kylian Mbappé has undoubtedly been the player who generated the most comments. The 23-year-old French crack stood up to Real Madrid and decided to renew for three seasons with Paris SG. His continuity has cost PSG 300 million euros as a bonus.

A figure higher than the 222 million that the club paid Barça in 2017 for Neymar, until now the record transfer in football history.

* Sadio Mané, from Liverpool to Bayern Munich for 40 million euros.

* Robert Lewandowski, from Bayern to Barcelona for 40 million (to be confirmed)

* Yves Bissouma, from Brighton to Tottenham Hotspur for 40 million euros.

There were other signings, but at zero cost due to the end of the contract, such as the German defender Antonio Rüdiger (from Chelsea to Real Madrid) and the Croatian midfielder Iván Perisic (from Inter to Tottenham).