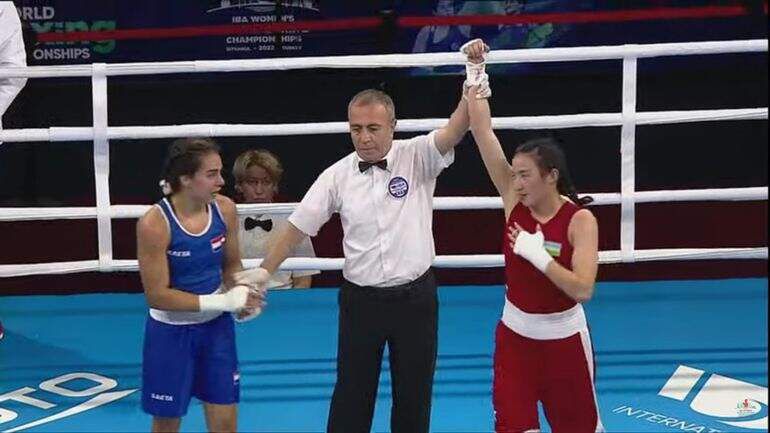 The Paraguayan boxer Minerva Montiel (24) failed to advance to the quarterfinal phase of the Women's World Boxing Championship "Istanbul 2022", fal

The Paraguayan boxer Minerva Montiel (24) failed to advance to the quarterfinal phase of the Women’s World Boxing Championship “Istanbul 2022”, falling yesterday against Sitora Turdibekova from Uzbekistan, in Featherweight (57 kg.) The event is organized by the International Boxing Association.

The mere presence of a woman, in this case Minerva, already represented a historic event for our boxing and even more so when the Paraguayan got a victory, defeating the South African champion Phiwokuhle Mnguni, last Wednesday, getting among the 16 best in the world.

In yesterday’s match, defined by points, Minerva lost against the Asian, who in her previous fight defeated Trinidadian Tianna Guy.

The Uzbek won all three rounds in the judges’ consideration: 5-0.

Read more: Minerva Montiel goes for another victory in the Boxing World Cup now and where to watch the fight

Champion in Ecuador. The Paraguayan exhibited on this occasion the bronze medal won in the Women’s Continental Elite, in Guayaquil, Ecuador.

This event had been organized by the American Boxing Confederation (AMBC), last March.

Good results from SLP in the boxing dual meet
His feat of undisputed champion is matched by two other boxers
Boxing: Joshep Parker wants to beat Andy Ruiz again
BOXING 3114