Minjee Lee wins the US Open and 1.8 million, the largest prize money in the history of women’s golf 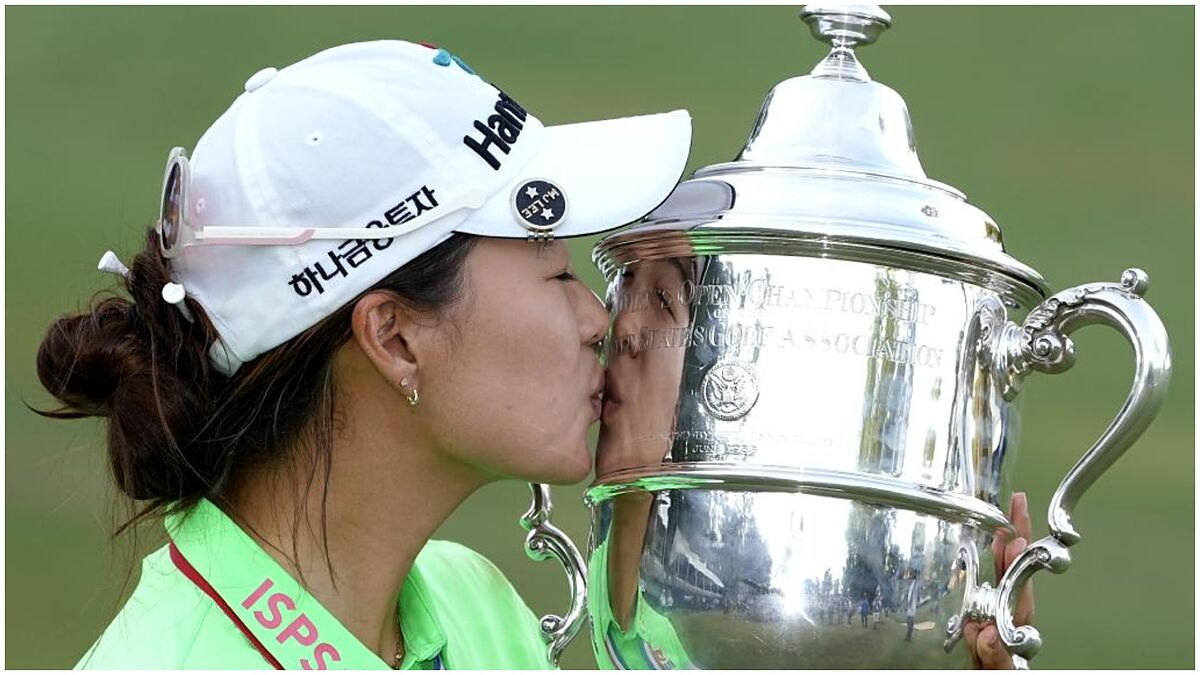 Lto australian Minjee Lee was proclaimed champion of the US Open at the Pine Needles Lodge & Golf Club in Southern Pines (North Carolina, USA). With 13 under par and 4 shots difference over the American Mina Harigae (-9), Lee took 1.8 million dollars, the largest prize in women’s golf history, once the United States Golf Association doubled the amount from last year. “It’s such a large sum that I’m really honored to be the first winner of this sum. We’re only going to get better and better,” Lee explained. The Spanish Carlota Ciganda closed her participation in 28th place with 289 shots, five over par.

Lee, number 4 in the world, is the third Australian to win the US Open after the triumphs of Karrie Webb (2000 and 2001) and Jan Stephenson (1983). “It has been my dream since I was a child. It is the tournament that I always wanted to win; Now I’ve done it, and I feel amazing”, she affirmed after raising the trophy.

read started the day on Sunday with three shots ahead of Harigae and it was enough for him to sign the pair of the field to seal his victory. “Even with a three shot lead, I was never comfortable. I knew I needed to play well, I still needed to hold my ground. So that’s more or less what I did,” Lee analyzed.

Lee was born in Perth to South Korean parents who immigrated to Australia in the 1990s. He started swimming, but at the age of 10 he opted for golf. She won the US Girls’ Junior Championship in 2012, the Australian Amateur in 2013 and 2014, and a Team World Championship for Australia in 2014. Lee and her brother Min Woo Lee, also a professional golfer, became the first brother/sister pair to win the USGA Junior Championship.

After being number 1 as an amateur, she made the leap to professionalism in 2014. She has won eight LPGA Tour titles. This is the second women’s major to win after winning the Evian Championship in 2021. Having been third at the 2017 ANA Inspiration and the 2020 British Open, the Australian won Evian-Les-Bains (France) after coming back from seven shots to take the title in a playoff tiebreaker against Jeongeun Lee6. This triumph came just two weeks after her brother Min Woo Lee won the Scottish Open, her second win on the European Tour, which they debuted in February 2020 by winning the ISPS Handa Vic Open. Min Woo Lee finished 14th in his debut at the Augusta Masters in April, where Minjee was his caddy in the pair 3 contest.

Tags: Golf, sports Center
Elena Hualde, one of the names of the Spanish golf revolution
GOLF / MALLORCA OPEN 2021: Campillo and Quirs flag the great start of the Spanish in Santa Ponsa
Boxing: Undefeated boxer Musa Yamak dies after suffering a heart attack in the ring
GOLF 1001