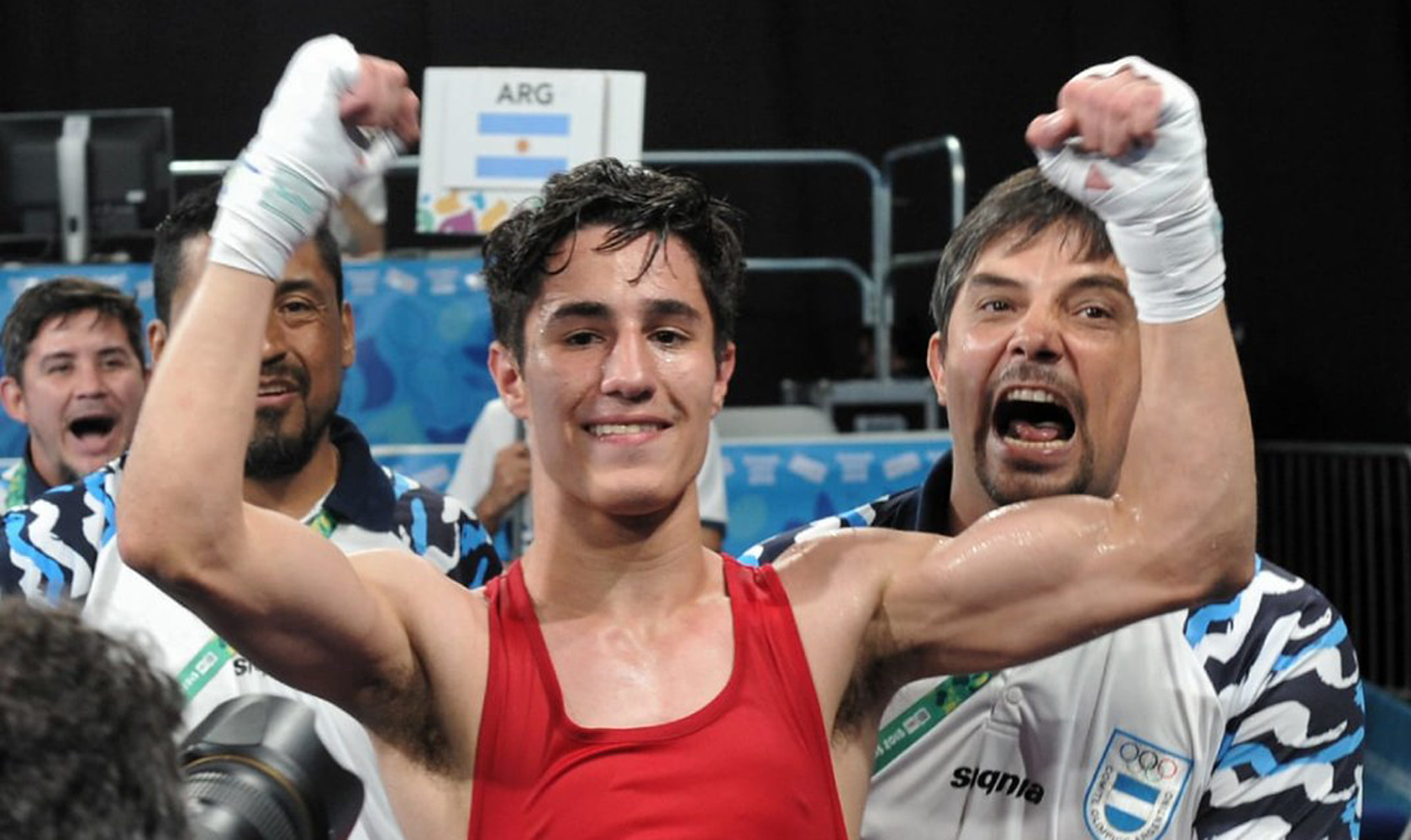 Argentine Mirco Cuello, one of the promises of national boxing, will fight today with Mexican Sergio Villalobos for the vaca

Argentine Mirco Cuello, one of the promises of national boxing, will fight today with Mexican Sergio Villalobos for the vacant WBA youth featherweight title, in the central fight of the evening to be held at the Diamante Primier Hall in San Juan de Los Lagos, state. of Jalisco.

On the card, which will be televised by the cable channels TyC Sports and TyC Sports Play starting at 22, Argentine welterweight Fabián “TNT” Maidana, Marcos “Chino” Maidana’s brother, will fight 10 rounds with Mexican Jesús Acosta .
Cuello, 21, a bronze medalist at the Buenos Aires 2018 Youth Olympic Games and an Olympian at the recent Tokyo Games, has a record of six victories, all before the limit, without draws or defeats, while Villalobos, The 28-year-old has a record of nine wins (two ahead of schedule) and four losses, the last three in a row.

Castaño hopes that the rematch with chat is confirmed

Brian Castaño, current regular champion of the World Boxing Organization (WBO) in the super welterweight category, assured that the rematch against American Jermell Charlo is “almost confirmed, 79/80%” for next year.

“We are at the stage of” push and pull “between managers on the subject of headquarters, if it is here or there (United States) and everything related to the fineness of a contract. We will see what comes out, since the revenge with Charlo is what we as a team and all Argentines want because of what happened last time, “continued the fighter from the Buenos Aires city of Isidro Casanova.

Castaño and Charlo tied by split decision in a fight that took place on July 17 at the AT&T Center in San Antonio, Texas, and which featured a controversial ruling due to the clear dominance of the Argentine fighter.

“We want to make a revenge to get all the belts out of him. We are fighting for what we deserve, which is unification, to be champion of all belts and God willing it will be given to us next year. We have to wait,” he continued referring to your wish as a professional with a view to the 2022 calendar.

The rematch with Charlo does not yet have a date or venue, but it would tentatively take place at the end of February or the beginning of March, possibly at the Toyota Center in Houston, since the approval of all entities must also be obtained, since for the IBF Charlo must defend with Russian Bakhram Murtazalievlo.

Castaño, 32, also highlighted as “quite positive” this year in which he was once again consecrated as world champion. He has been a professional since 2012 and a former member of the Argentine national team, with an impressive amateur record of 183 wins and six losses.

He had another brilliant performance this year when he clearly beat Brazilian Patrick Teixeira (who knew how to live and train in Junín) on points, with cards of 120-108, 119-109 and 117-111, on February 13 at Fantasy Springs Casino , in the Californian city of Indio.

The “Boxi” Castaño is the new winner of the Olimpia de Plata for the best boxer of 2021 and highlighted the value of the award received, after having shared the nomination together with Mirco Cuello, Micaela Luján and Jeremías Ponce.