missionary Pablo Gallero will have his third professional fight this Saturday 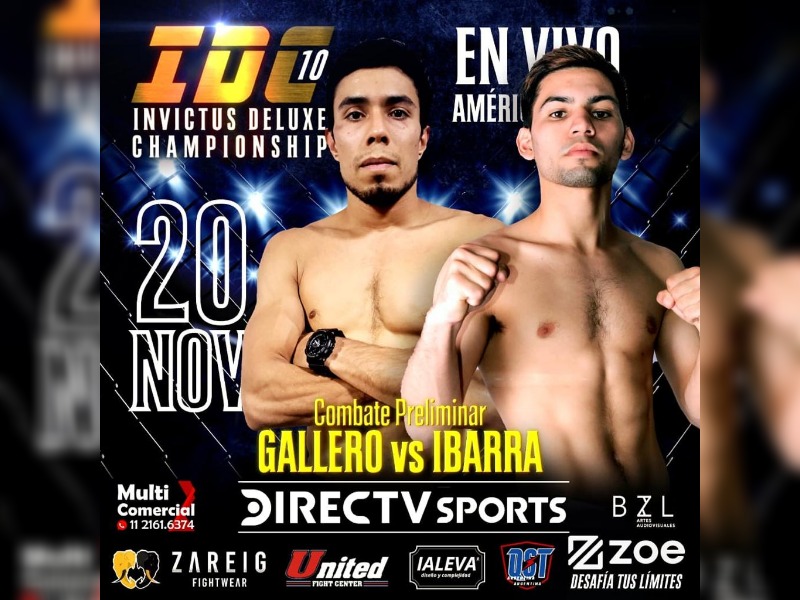 missionary Pablo Gallero The missionary's presence will be at the Invictus Deluxe Championship event, which is one of the most important in all

The missionary’s presence will be at the Invictus Deluxe Championship event, which is one of the most important in all of Argentina. It will be televised by DirecTV for all of Latin America and through the internet streaming platform.

On Friday noon the weigh-in was carried out, in which Gallero gave 60.7 kg and the maximum in the category is 61 kg.

Gallero is a native of Puerto Rico, he had a time in different disciplines of martial arts apart from boxing, he also trained Muay Thai and Jiu Jitsu. Several years of his career he was fighting in Brazil and currently belongs to the Nueva Unión Argentina team, it is a team from the neighboring country and has fighters around the world distributed by different academies.

The center of this Brazilian team is precisely in Rio de Janeiro, where there are UFC fighters and Gallero already had the opportunity to be in that place.

After 8 years, Luna Park is once again the great boxing ring: Tigresa Acuña vs. Dionicius the highlight of Saturday night https://t.co/2qCoYeZFsE

Caleb Plant and Andre Ward team up to beat Canelo
Crawford – Porter | Combat: Crawford – Porter: schedule and where to watch the boxing match on TV and online today
Ezequiel Acosta, present and future in boxing
BOXING 891