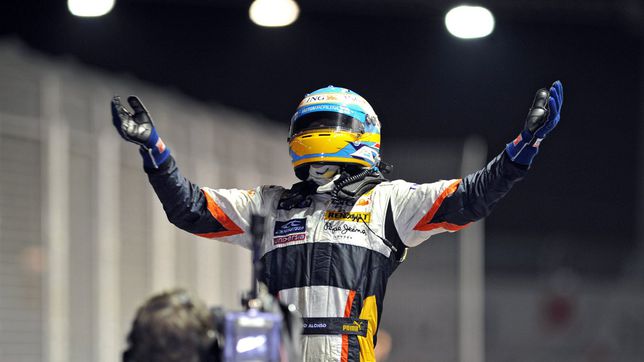 Max Verstappen made the biggest comeback of his racing career in the last race before the break. From 10th place in qualifying to winning the race

Max Verstappen made the biggest comeback of his racing career in the last race before the break. From 10th place in qualifying to winning the race at the Hungaroring. The Dutchman hit the World Cup by distancing himself from Leclerc to 80 points on an afternoon where Ferrari dreamed of the double and his cars finished fourth (Sainz) and sixth (Leclerc). A race that can mark a before and after in the championship and that left a new Mad Max record in the Formula 1 newspaper library.

However, it is not the absolute record of the current grid. Alonso is the active driver who has won a race starting from the rearmost position on the grid. The Spaniard managed to win the 2008 Singapore GP starting from 15th position. That race had as particularity the so-called Crashgate. Flavio Briatore, then boss of Renault, and Pat Symonds, technical director of the team, met with Nelson Piquet Jr, Alonso’s teammate in 2008, and asked him to cause his own accident to favor the two-time champion. Fernando ended up winning this race.

Lewis Hamilton is the second Mister comebacks in the current F1. Hamilton won the 2018 German GP starting 14th at the Hockenheimring. A hydraulic failure caused him to go long into the English and ruin the classification in the middle of Q1. However, as soon as the lights went out he began to overtake opponents and by lap 16 he was already fourth. When there were about 20 laps to go, the weather allied itself with that of Mercedes. The change of wheels put him second, but a mistake by Vettel when he was leading made him hit the wall and Lewis took the lead with 15 laps to go. That career did not escape him. Current Formula 1 drivers and their lowest grid position to win a race.@F1

The current Formula 1 has 11 drivers who have won a race in the Great Circus. The last to achieve it was Carlos Sainz, winner of the British GP at Silverstone this season with Ferrari. The man from Madrid had touched his first victory in Monza 2020 with McLaren. After several laps chasing Gasly he was unable to overtake the Frenchman who was taking his first career win. Another with just one career win from him is Esteban Ocon. The second Frenchman on the grid lifted his first trophy last year in Hungary starting from eighth position and thanks to the performance of Alonso, who held off Hamilton for several laps.

Bottas, Vettel and Leclerc are the only ones on the grid who have only won one F1 race if they started from the front or second row. Of them, the Monegasque has not achieved a victory starting beyond second place. Of Charles’ five F1 victories, four of them have come from pole position. In addition, Leclerc has only materialized 25% of the poles that he has achieved (16). Ricciardo claimed the fifth of eight F1 victories he owns at the 2017 Azerbaijan GP coming back from tenth when he was still in Red Bull. The city of Baku also served Pérez to come back from sixth place to victory in 2021, after a pass by Hamilton in the middle of the restart of the race.

Loading...
Newer Post
How much prize money does Will Zalatoris get for winning the St. Jude Invitational in golf?
Older Post
Aucas leads and remains undefeated in the second round of the Ecuadorian soccer tournament