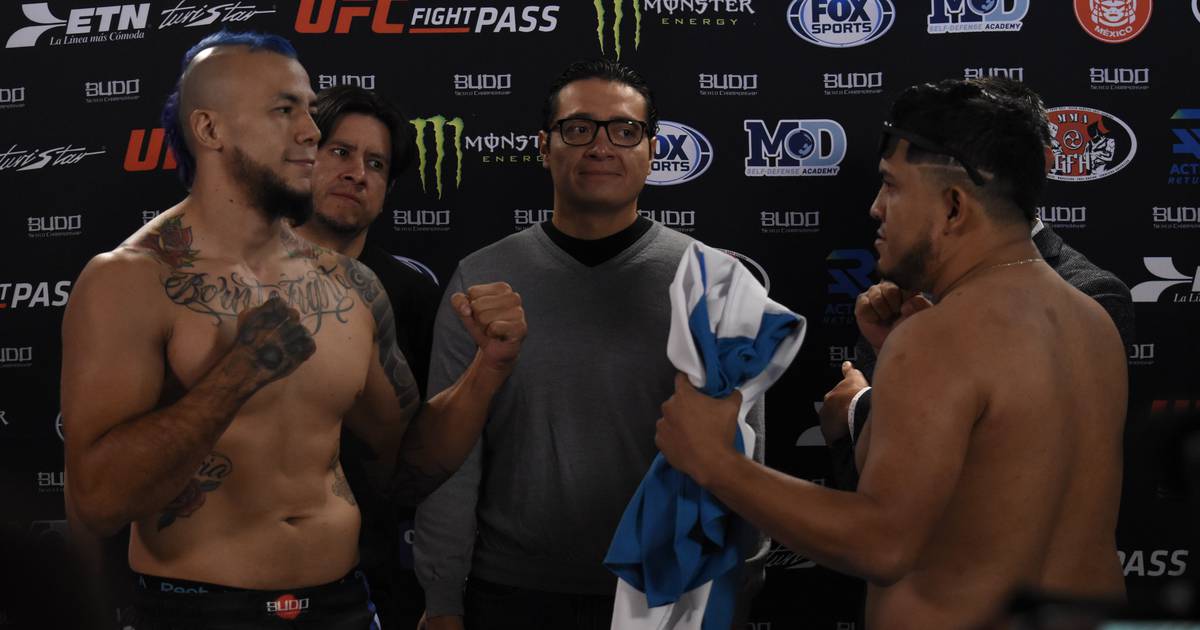 The Mexican company of mixed martial arts, Budo Sento, carried out the weigh-in ceremony for the range of combats that will take place on Friday th

The Mexican company of mixed martial arts, Budo Sento, carried out the weigh-in ceremony for the range of combats that will take place on Friday the 9th of the same month, in the same venue, on the occasion of its tenth edition.

Among the main fights are the 205-pound championship fights between Honduran Walter “Show Time” Luna and Mexican Jorge “George St” González. The other championship for Budo Striking of 61 kg, between the Mexicans Sinué “The kid” Victoriano and Edgar “Edgarín” Tabares. Last but not least is the 77kg submission between Miguel Menchaca and Iván Leyva.

The attendees who wish to attend the amateur fights will be able to do so starting at 2:00 p.m., where the fight between Laura Huizar vs. Fanny “Naja” Rodríguez, both Mexican MMA fighters, stands out. Two other women’s matches but in the Budo Striking category will be starred by Valeria Ramírez vs. Alín Cruz and Grisel “Saitama” García vs. Danaé Sánchez. Below you can check the full schedule.

We recommend: Inés Sainz shows off her curves with the natural 10 jacket.

The sale of tickets will be through SuperBoletos on its website. You can check here the points of sale closest to your home.

Alfredo Gutiérrez, the player who represents Mexico in the NFL The Tijuana native earned a spot on the 49ers in his second year in the league

Tags: sinue victorian, UFC, Ivan Leyva
Cowboys dresses this Friday for pure boxing with 14 fights
Why do they comb the boxer Mario Barrios every time a round ends?
The CAE will receive an evening of international boxing
UFC/MMA 1199