Mixed Martial Arts: Esteban Ribovics from Salta won by KO and came to the UFC for the first time 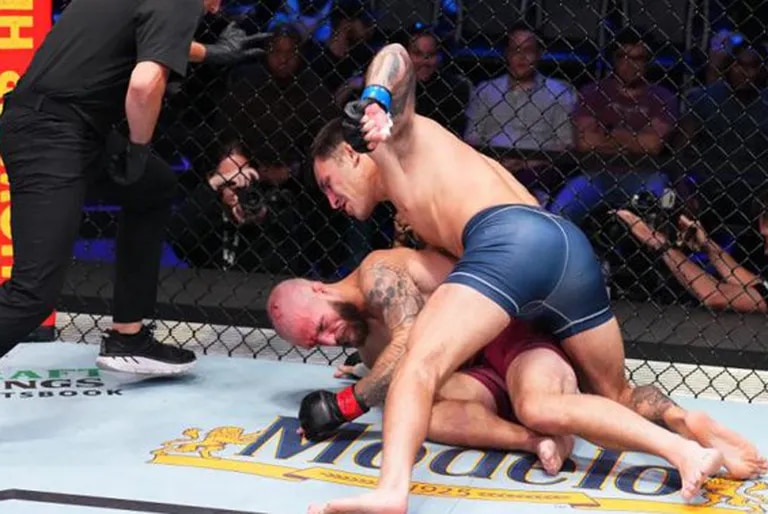 The Argentine Mixed Martial Arts fighter (MMA) Stephen Ribovics, a 26-year-old from Salta, achieved his goal last night. After win by KO in the fi

The Argentine Mixed Martial Arts fighter (MMA) Stephen Ribovics, a 26-year-old from Salta, achieved his goal last night. After win by KO in the first round to his British rival Thomas Paull, the young man finally He got his first contract with the Ultimate Fighting Championship (UFC)a company that houses most of the best fighters in the sport and produces the events.

Excited by the favorable result of the fight, Ribovics -or “el Gringo”, as he is known among his relatives- He dedicated the triumph to his mother: “Ma, I promise you that I will return every drop of sweat you shed for me”. As soon as the dispute ended, the first thing the young man did was point to her mother because, as he said in an interview, “thanks to her I’m here.”

Ribovics, a native of the city of Tartagal and with many chances to continue advancing in martial arts, he knocked out his rival in Las Vegas and was one of the winners of the five contracts that were awarded. The salteño obtained the victory in the light category in the reality show Dana White’s Contender Series. It is a television program organized by White, the CEO of the company.

Ribovics’ last fight was won in February of this year against Franco Aranda at Samurai Fight House, with a knockout in 27 seconds, the Salta media reported. And the previous one was in December 2020, which happened in the same way, in just 7 seconds. He then obtained the title of FFC (Fusion Fighting Championship) in Peru.

UFC fighter offers ‘unreal’ offer to meet Michael Jordan
They attack an MMA fighter in the street and receive a lesson
Mark Hunt criticizes the pay of UFC fighters: “Stars compete to be the world champion out of thin air”
UFC/MMA 1226