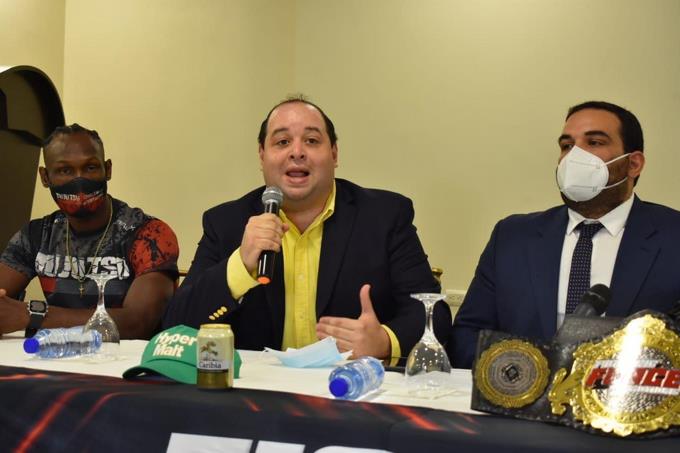 The creation of an official regulation for the practice of mixed martial arts (MMA), as well as the celebration of more than 10 bi

The creation of an official regulation for the practice of mixed martial arts (MMA), as well as the celebration of more than 10 billboards, are part of the many and important activities that the National Commission of this multifaceted sports discipline has carried out in the last anus.

The national commissioner of Mixed Martial Arts, Fernando Dauhajre, highlighted in a statement that the regulations have been completely prepared, so it will be processed to the corresponding organizations for their approval.

“This is the main goal at present for the National Commission of Mixed Martial Arts, because in a short time MMA will have its rules defined in our country,” he said.

He thanked President Luis Abinader for having appointed him to the post, as well as the Minister of Sports, Francisco Camacho, for the support he has given to the activities carried out by the commission.

Dauhajre added that his office has promoted the holding of more than 10 competitions, most of them international, which included professional, amateur, kickboxing and BJJ MMA fights.

He highlighted that these billboards were broadcast live to millions of people around the world through the IFC platform.

“The commission also created a sanitary protocol, approved by the Ministry of Public Health, so that the promoters could carry out their events in the midst of the pandemic,” he said.

One year of action

Commissioner Dauhajre also recalled that the creation of the “Commission Awards”, aimed at recognizing each of the lines that make up this demanding discipline.

In addition, the MMA commission provided the opportunity for Ana Hernández to become the first Dominican woman to referee a professional MMA fight. This as part of the assessment that the commission has created and sustained for the development of women in this sport.

Likewise, a protocol was created so that the promoters can hold their events with the public, while the commissioner has made different donations to academies, athletes and fighters.

They are also part of Dauhjare’s management, conducting courses for the training of MMA judges and referees. The commission has been inclusive with all sectors.

“There is no doubt that the National Martial Arts Commission has contributed to the development of MMA in the Dominican Republic. That includes the regulation of various events in different provinces of the country, “said the official.