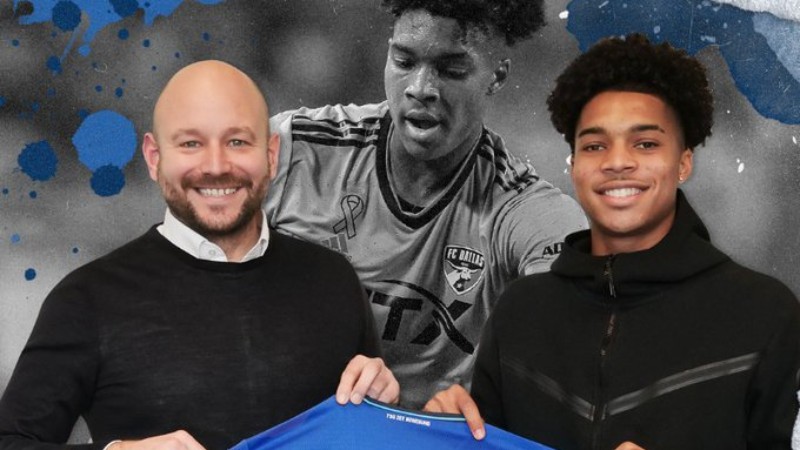 The distances between the North American and Central American leagues continue to widen. German Hoffenheim signed an 18-year-old Ame

The distances between the North American and Central American leagues continue to widen. German Hoffenheim signed an 18-year-old American

Until before the 1994 World Cup in the United States, soccer in that country beat Central Americans in infrastructure, market (number of spectators in relation to investment amounts from sponsors), and little else. But then, the MLS has been taking giant steps and, today, exports to all of Europe.

However, while Central American countries hardly have a presence on those sides, and generally not to the five major leagues, MLS in particular continues to outperform the region’s leagues, and it seems to be a race in which, every year, that distance will widen, regardless of the advances in Costa Rica or Panama.

In particular with El Salvador, the distances are already insurmountable. The biggest aspiration in general for national soccer players is that they can play in the MLS, but most are in the Second Division. The legionnaires are in minor leagues around the world, and are counted on the fingers of one hand.

The United States, on the other hand, already has a totally renewed team in its largest team and continues to export. The signing of a boy of just 18 years, Justin Chen, by the German Hoffenheim, a club in the first division of the Bundesliga, one of the five most important in Europe, was recently known.

The promising FC Dallas defender arrives on loan until 2023 with an option to buy, and it comes just a fortnight after another 18-year-old US international, Ricardo Pepi, also arrived in European football.

Che was already in Germany, as he played eight games with the Teutonic Bayern Munich reserve team last season, when he was also on loan. One of his great advantages, in addition to his obvious talent – ​​otherwise, teams like Bayern or Hoffenheim would not notice him – he speaks German, and his grandparents are residents of Mannheim, near Sinsheim, where Hoffenheim reside.

At his new club, he will coincide with another young American, Chris Richards, 21, who belongs to Bayern but is on loan. Che, who has already been called up by the United States senior team, has not yet made his debut with that team and it is unlikely that he will do so in this tie, or against the Selecta, on January 27.

SEE ALSO: The amazing case of Pepi, emerged from the USL One, now to the Bundesliga