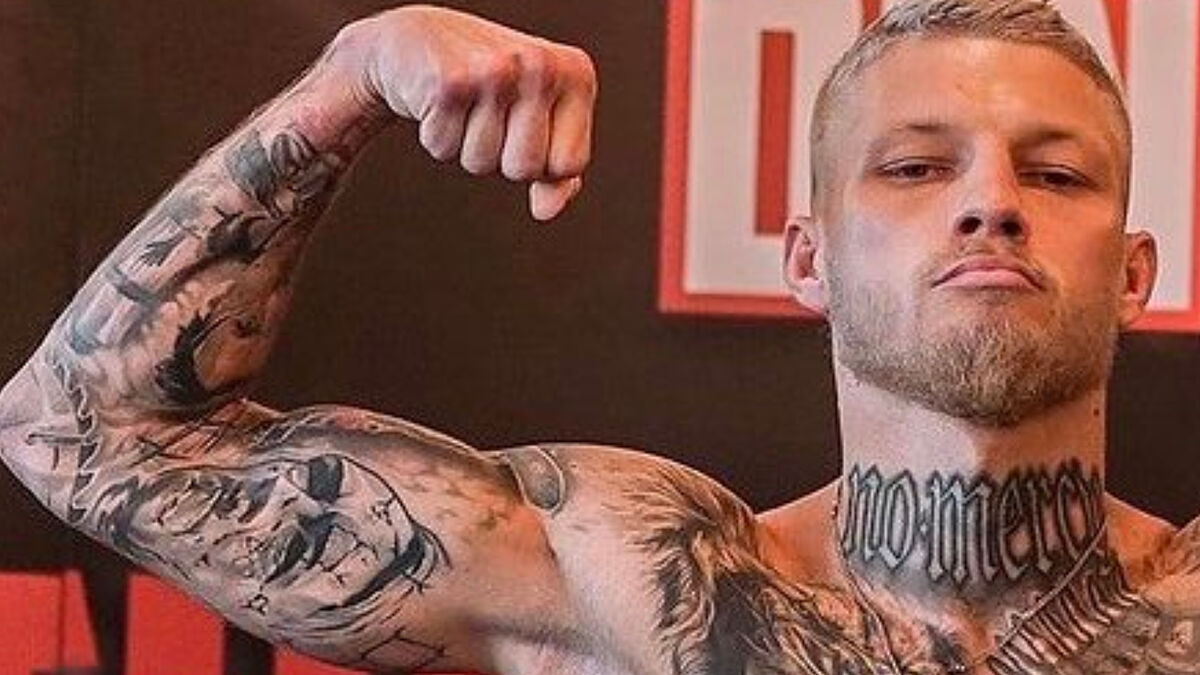 A fighter from the Czech Republic he has fallen for his past mistakes, in his own words. Radek Rousal, kickboxing pro and determined to make the le

A fighter from the Czech Republic he has fallen for his past mistakes, in his own words. Radek Rousal, kickboxing pro and determined to make the leap to mixed martial arts, he has been suspended for having a tattoo of Adolf Hitler on his arm. He was going to debut in a company in his country when they found the tattoo that will prevent him from taking that leap.

As reported in several Czech pages, Rousal was going to make her Oktagon MMA debut, a company of the Czech Republic aimed at mixed martial arts fights. &#8220;You can&#8217;t come to us with that&#8220;he explained Ondrej Novotny, promoter of the company. To make matters worse, he had a match against Slovak Nikolas Krivak scheduled.

Rousal has defended itself. It alludes to the fact that they are mistakes of the past. &#8220;I grew up in a community with problems that made me that tattoo. At that time, I did not know what to do with my life. I was young and this tattoo is stupid,&#8221; he explained. &#8220;Later I started with martial arts that gave me a different way of life and thinking. I have more tattoos that I regret. I will change them all. And I want to apologize for that, &#8220;he added.

It may be because he also appears to have a tattoo of an SS officer on his chest. It is a skull that it is possible to refer to the SS-Totenkopfbände, the unit that was in charge of administering the concentration camps of Germany and Nazi-occupied Europe.

Rousal, who is 19-5 by his own account, is suspended from the company. Even so, the promoter trusts that he has distanced himself from that ideology and that he will erase those tattoos so that he can restore the Czech&#8217;s professional career.

Tags: fighting-ufc, sports Center, MMA
Usman – Covington 2 | UFC 268: Usman – Covington 2: schedule and where to watch the UFC fight live on TV and online today
UFC: No one has spoken so highly of McGregor: “He’s the UFC’s Muhammad Ali”
UFC: Dana White already has a rival for Chimaev: “We want him one hundred percent”
UFC/MMA 465

Loading...
Newer Post
Ferrari makes a decision to fight the Formula 1 World Cup against Mercedes and Red Bull
Older Post
NBA: Brotherhood level fellowship: Green was injured but did not want to miss Thompson’s return and did this