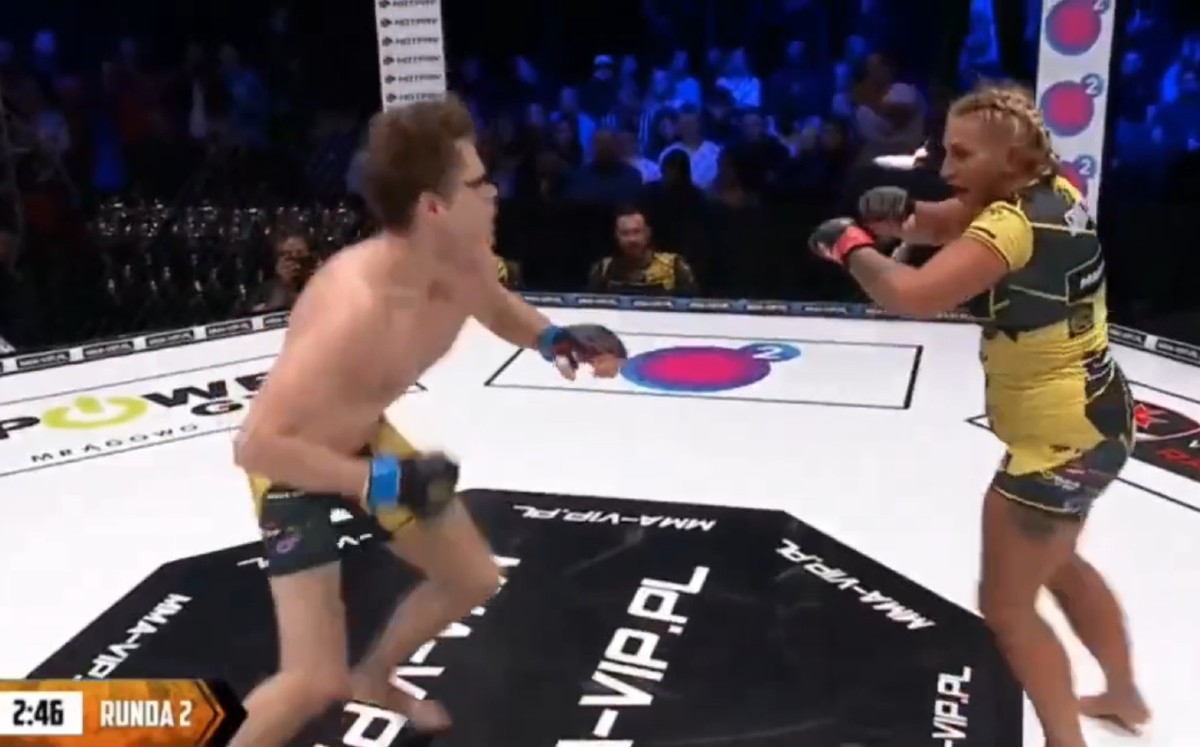 A few weeks ago there was a mixed martial arts fight in Poland, where a man and a woman climbed into the octagon for the MMA-VIP promoter; However, the confrontation caused controversy on social networks.

At the MMA-VIP 3 event, which was held in Czestochowa, fitness insturctor and fighter Ula Siekacz faced Piotr Lisowski, boxer and ambassador of a beauty brand.

In the second round, Lisowski landed a blow at Siekacs; Although the fighter did not give up, Piotr dropped her rival to perform ground and pound. Immediately, the referee ended the fight.

The comments reached the CEO of the International Mixed Martial Arts Federation (IMMAF), who said that the promoter and the athletes did not have the Federation affiliation.

&#8220;IMMAF categorically disagrees with this intentionally outrageous form of entertainment, which does not represent the sport of MMA or its values ​​and puts women at risk. It is unacceptable for women and men to compete with each other in combat sports, essentially for safety reasons but fair play as well, and in no way do we endorse this, &#8220;said Densing White.

On the other hand, Ula Siekacz spoke about the case on his Instagram account. &#8220;Hello, I am back to life and we move on. I will no longer be beaten by any man. I accepted this fight consciously, I knew what I had been hired for. Now I am waiting for some interesting proposals and will continue to develop. What doesn&#8217;t kill us makes us stronger. &#8221;

This is not the first time that the company has organized a fight between men and women. Michal Przbylowicz and Wiktoria Domalska met in the Octagon, where the former won by technical knockout.