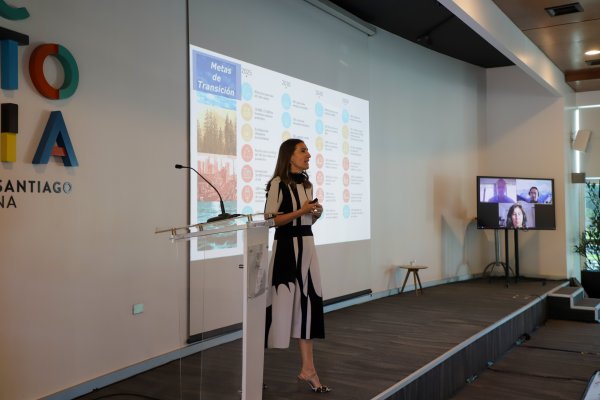 The roadmap establishes 407 transformation goals for different sectors for 2025, 2030, 2040 and 2050. Proposing as first goals the reconversion of

The roadmap establishes 407 transformation goals for different sectors for 2025, 2030, 2040 and 2050. Proposing as first goals the reconversion of 65% of the coal and achieving 100% of the marine protected areas.

This morning the Minister of the Environment, Carolina Schmidt, presented the Long-Term Climate Strategy (ECLP), that establishes sectoral objectives and targets to achieve carbon neutrality by 2050.

On the occasion, Minister Schmidt stressed that “Chile will arrive at COP26 as the first country in South America that complies with the provisions of the Paris Agreement and presents the Long-Term Climate Strategy, which is added to the approval in the Senate of the framework law on climate change “.

For 2025 the removal or reconversion of 65% of the carbon is established, mandatory eco-labeling, reuse and recycling of 30% of pavement waste, achieve 100% of the marine protected areas and the elaboration of a roadmap for blue carbon.

While for 2030 80% of energy generation will be renewable, 100% of the urban population with access to sanitation services, 100% of the zero-emission fleet in large-scale mining, among others. On 2050, 100% of energy sources are projected to be zero emissions, 70% emission reduction in industries and mining, complete traceability of construction and demolition waste.

Jobet, who participated in the launch of the ECLP, said that “the transformation of the energy sector is at the heart of the Long-Term Climate Strategy, we are going to clean up our generation withdrawing coal-fired power plants, developing renewable energies and then using that electricity in different sectors of the economy such as transport, industry or our homess “.

The ECLP establishes the maximum emissions by economic sector, necessary to comply with the national budget maximum carbon emissions for the 2020-2030 period of 1,100 million tons of carbon, committed by Chile in its Nationally Determined Contribution (NDC).

In this way, they will be sectoral ministries responsible for enforcing this emissions cap to companies. The Ministries of Transport and Energy represent the highest percentage of the emissions budget, with 29% and 26%, respectively. It is followed by Mining with 16%, Agriculture with 11%, Housing with 9%, Health with 5% and Public Works, with 4%.

Through a statement, the MMA indicated that this is the first time that Chile has established specific sectoral targets for carbon emissions. These are carbon emission goals by 2030, they become mandatory and binding with the approval of the climate change framework bill, to meet the carbon neutrality goal by 2050 at the latest.