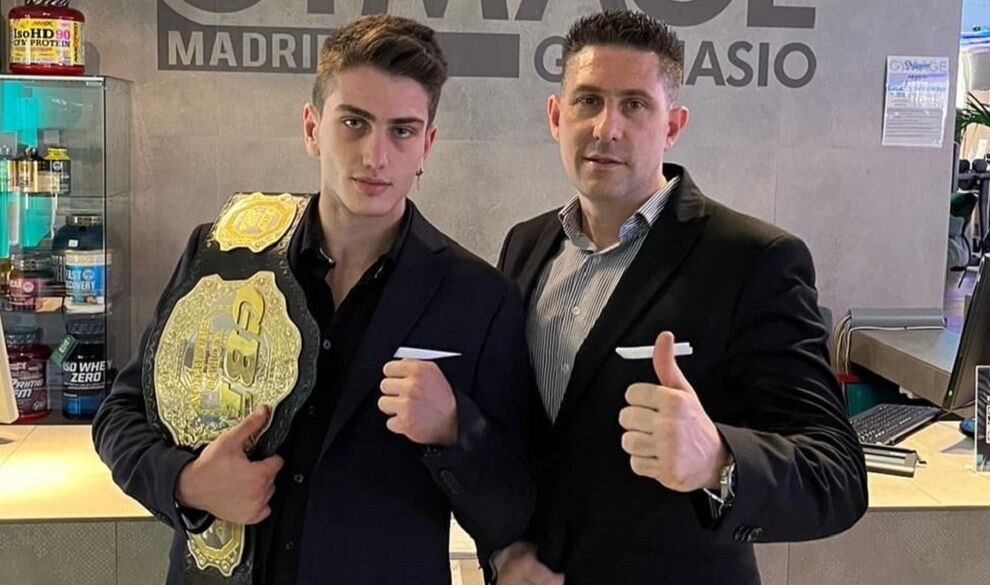 ORne of the greatest promises of contact sports, the young man from Valladolid Ruben "Annihilator" Rondn was proclaimed for the second time neopro

ORne of the greatest promises of contact sports, the young man from Valladolid Ruben “Annihilator” Rondn was proclaimed for the second time neopro international champion in the K1 modality last weekend at the International Open held in Catalonia, defeating the tough unbeaten nepal Saroj Mahajan.

At just 20 years old and with an enviable record of 57 wins, 28 of them before the limit, and 5 losses, Rondn made his last fight in the neo-professional area to soon become a professional, since he has received offers from Dubai and Mexico, In addition to requesting his services, the thriving North American combat company karate fightingwhich is led by former UFC heavyweight world champion Bas Rutten.

At the end of last year, Rondn proclaimed itself AEMMA national champion (Spanish Association of Mixed Martial Arts), and alternate the K1 with some fights in other disciplines.

Rondn, in addition to being an athlete, is an actor and model, and is reaping great popularity among young people, outside the ring and gyms. His career is led by Antonio Ricobaldi (Unlimited Global Challengers) and his sporting future may be more promising by having various sponsors supporting his career. In fact, on February 28 at an event, he received the not inconsiderable figure of 3,000 euros in bitcoins, being the first fighter in Europe to receive the bag in cryptocurrencies.

A rival is sought for the debut in the professional field of Rubn Rondn, in the next september.