MMA Champion Raush Manfio nearly retired to become a trainer and work as a cleaner before entering the 2021 PFL season. And after rolling the dic

MMA Champion Raush Manfio nearly retired to become a trainer and work as a cleaner before entering the 2021 PFL season.

And after rolling the dice one last time, Manfio won big by upsetting the odds to claim the $1 million cash prize.

The Brazilian won four fights in a row to take home the lightweight belt and the check that changed his life.

But it could have been very different for Manfio, who at one point was ready to give up his fighting career.

He told MMA Junkie: “I called my manager Brian Butler and I was leaving my career.

“I was getting ready to try to stop finding fights for myself. I was doing private lessons with some students.

“I was doing very well and had another job cleaning offices at night.

“I thought that God did not want this from my career because they canceled nine fights for me and in three or four I got the contract signed and in the other fights I replaced his guys who were injured.

“But when the opponents saw me, they didn’t want to fight me.

“So it was like three years of opponents not wanting to fight me and I was ready to quit.”

The 30-year-old Manfio only entered the PFL season, which consists of a knockout format, after 33-year-old Olivier Aubin Mercier withdrew injured.

But he took the opportunity with both hands, literally, and the rest is history.

Manfio said: “As a Christian, I always think, ‘What does God want from me?’

“And because of the difficulties, I thought that God did not want this for my life. I need to pay my bills and support my family.

“After that call to my manager, he asked me for one more month, and within that month, he put me in the PFL because Canadian Olivier Aubin Mercier was injured and they needed someone to replace him.

“My manager was at the right time and in the right place to talk to Ray Sefo (PFL president of combat operations) because he was already thinking he couldn’t do this anymore.

“He told Ray that he really needed the opportunity and that it was good, but nobody wanted to fight me in the minor leagues.

“So he gave me the opportunity and now you know the rest of the story. She was quitting and now look where I am ».

The PFL is the only league format for MMA, consisting of regular season and playoffs.

Fighters in eight different weight classes enter the two-fight regular season where they compete to advance to the play-offs.

That consists of a two-round quarterfinal and a three-round semifinal in one night, with the winner advancing to the championship final.

This year he returns to try for the double and begins his season fighting South African Don Madge tomorrow night in Texas. 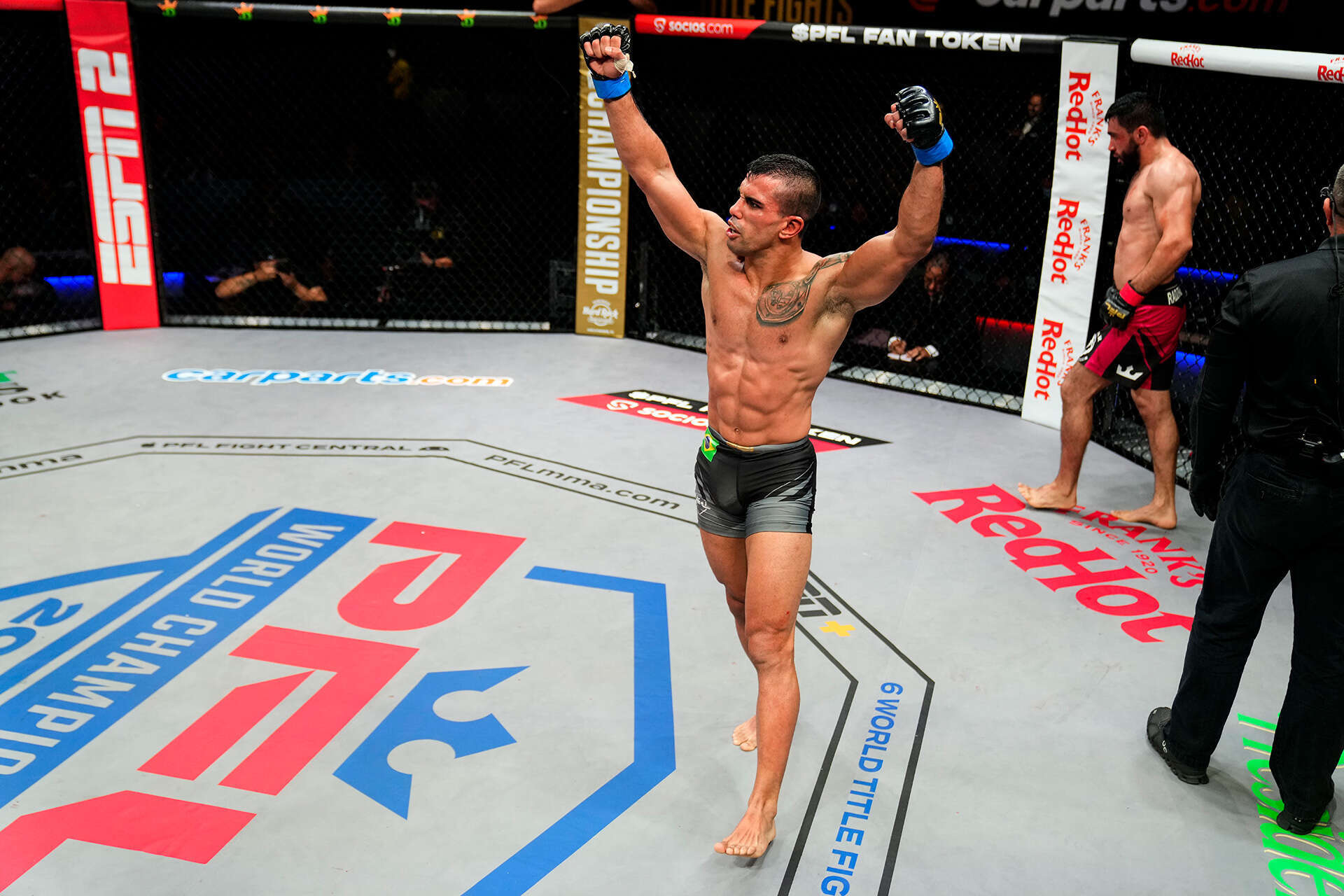 Michael Morales will face Adam Fuggit at UFC 277 this Saturday, July 30
MMA launches competitive fund for municipal recycling initiatives
After victory at UFC Vegas 44, Cheyanne Vlismas is not sure when she will fight again
UFC/MMA 1235