MMA: Team Delgado appeared at the “Battle of the Gulf” in Las Grutas 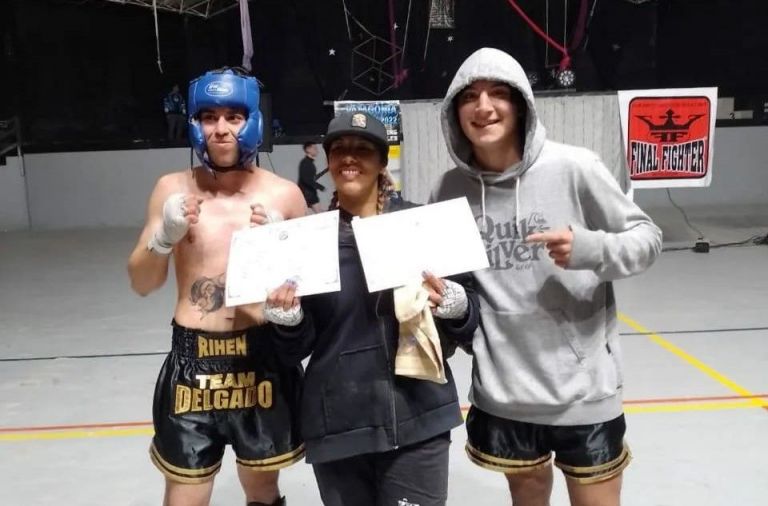 Team Delgado was part of the 6th edition of the "Battle of the Gulf" that was held last Saturday in the city of Las Grutas.Organized by Las Grutas

Team Delgado was part of the 6th edition of the “Battle of the Gulf” that was held last Saturday in the city of Las Grutas.

Organized by Las Grutas Kick Boxing and supervised by Patagonian Cage at the Las Grutas sports center, a full day of Kickboxing was experienced where Team Delgado presented himself with two exhibitions: German Pérez and Nahuel Pérez who made his second fight in exhibition mode, both in kickboxing modality.

Julieta Barrientos, who was in the process of recovering from an injury, when being evaluated by the organization, could not get into the ring. In her place, the instructor of Team Delgado, Yaninda Delgado, would do it, but the rival on duty suffered a discomfort that prevented the fight will go ahead.

The next event will take place on October 15 in the city of Bariloche, where the locals of Team Delgado will once again have their representative above the ring.

Yanina Delgado, instructor and leader of Team Delgado, confirmed that the second edition of “Patagonian Fight” will take place on November 19, which was very successful in its first edition held last April at the SUM of the school No. 186.

Loading...
Newer Post
The day Firpo was robbed of the fight of the century
Older Post
NBA: RJ Barrett: “I feel honored and blessed to play four more years with the Knicks”