MMA: Teixeira is crowned UFC champion at 42, the second oldest in history 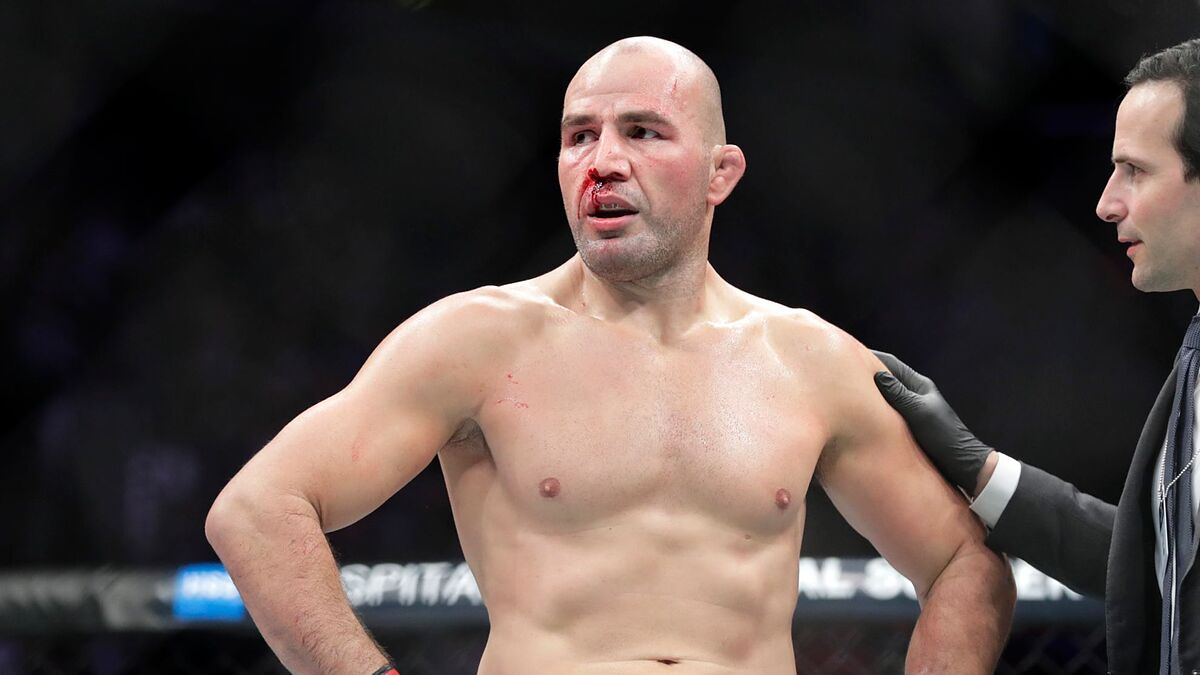 MMA: Teixeira is crowned UFC champion at 42, the second oldest in history

ANDBrazilian wrestler Glover Teixeira se proclaimed world champion of light heavyweights against the Polish Jan Blachowicz at the UFC267 event held this Saturday at the Etihad Arena in the United Arab Emirates.

Teixeira, at 42, gave the surprise by submitting Blachowicz in the second round and proclaiming himself the UFC champion in the 205-pound category. He becomes the second oldest champion in history, after Randy Couture, who took the heavyweight title at 45.

Russian Petr Yan was proclaimed interim bantamweight champion on the same card, while Swede Khamzat Chimaev starred in the best performance of the night.

The one from Sobrlia knew he was facing the last chance in his career to immortalize his name and left no room for speculation. Knowing the power of the Pole, he knocked down the former champion and leaned on his game at the canvas to wet the dynamite of Blachowicz. The Brazilian had a plan and executed it to perfection.

Teixeira, black belt in Brazilian Jiu-Jitsu, He sowed by transferring the contest to the ground and reaped its fruits by denying the virtues of the Pole from the beginning of the duel. He was in control during the first round and, after Blachowicz’s attempts to keep his distance, he also shone in their brief exchange of foot strikes. Not only did he not shy away from the Pole but he connected forcefully to make his rival fall.

The Brazilian continued with the work on the ground, hitting a Blachowicz hard, who signed his death warrant by turning his back on his rival. He could do nothing to prevent Teixeira would take advantage of the position and finalize it through the gentle art of submission.

Glover, seven years after falling to American Jon Jones on his last chance for the title, lifted the light heavyweight belt. Teixeira becomes the oldest champion in modern UFC history at 42 years and 2 days.

For his part, Russian Petr Yan unanimously defeated American Cory Sandhagen and was proclaimed interim bantamweight champion. Yan, for many the uncrowned king of 135 pounds, already points towards Aljamain Sterling, to whom he controversially lost the absolute belt by disqualification.

Yan took the center of the octagon early and Sandhagen sought to use his wingspan to keep his distance from the explosive Russian fighter. The American looked agile and got more work, but the former champion was more forceful. True to their strengths, they both raised a war from the first to the last assault.

Sandhagen, more plastic and unpredictable than his rival, pressed, varied the striking planes, I fint and played with the changing guard to dismantle the former champion’s plan. In full growth the American Yan connected a spinning blow and a volley that put his rival in trouble and changed the trend of the duel in the third chapter. I grew up, put one more gear, and delved into the small gap in Sandhagen’s strategy.

Maximum equality at the end of the five rounds. The gunpowder was put by Yan and the volume by Sandhagen. The judges gave the Russian the winner by unanimous decision. It didn’t take long for the former 135-pound monarch to call Sterling and vindicate himself. “Everyone knows that I am the champion,” assured the Russian.

Khamzat Chimaev is a threat at wlterweight

In the wlter category, the Russian-born Swede Khamzat Chimaev, one of the company’s sensations, dazzled once again. He submitted the Chinese Li Jingliang, number 11 of the division, in the first chapter of the lawsuit. ‘Borz’ rolled. He landed 45 hits and received none. Chimaev allowed himself the luxury of picking up his rival and throwing him in front of UFC president Dana White, then finishing him off.

The native of Chechnya dispelled all doubts about his physical condition after spending more than a year in the dry dock as a result of the consequences suffered as a result of COVID-19. Even flirting with the possibility of retiring. Chimaev, holds an undefeated record of 9 wins.

Islam Makhachev slammed the lightweight table. The Russian stayed true to his style and developed the contest at canvas level. He took New Zealander Dan Hooker, who replaced the injured Rafael dos Anjos, to the ground and finished him off with a Kimura hold in the first round.

Commitment at heavyweight went a long way. Russian Alexander Volkov, fifth in the division, added enough dividends in the eyes of the judges to beat Pole Marcin Tybura. In the other commitment of the undercard at light heavyweight, his compatriot Magomed Ankalaev also defeated Swiss Volkan Oezdemir by unanimous decision.

Tags: sports Center, MMA, UFC
MMA: Anthony Smith Secures Fourth Place in UFC Divisional Rankings
UFC: Strickland, UFC fighter: “I like it when I leave the house thinking that I could kill someone”
UFC: McGregor, at the helm of his latest whim: a 3 million euro ‘yacht-blido’
UFC/MMA 838

Loading...
Newer Post
NBA: The video that has set off alarms about the physique of Zion Williamson: “He needs to lose weight”
Older Post
NBA: Fernando Martin: 35 years from the day a dreamer broke down all the barriers of Spanish basketball