MMA: The ‘crazy’ Muay Thai fighter who enjoys every blow he receives: these are his reactions in the ring 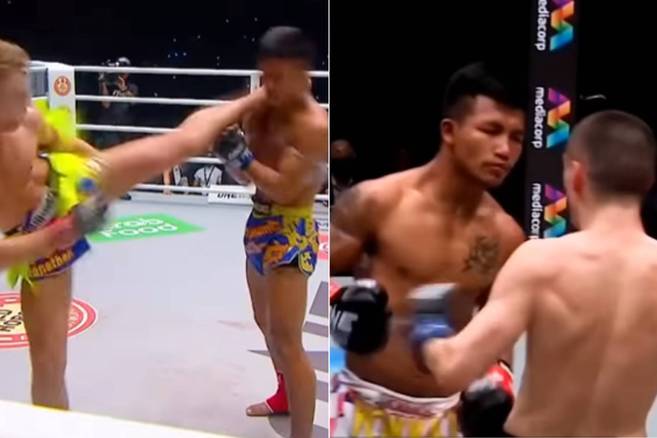 Rodtang 'The Iron Man' Jitmuangnon he is a martial artist different from the rest. Every time he gets into the ring to wrestle, the wrestler from

Rodtang ‘The Iron Man’ Jitmuangnon he is a martial artist different from the rest. Every time he gets into the ring to wrestle, the wrestler from muay thai He gives the public a real show of gestures and provocations with each blow he receives from his rivals. His way of fitting the attacks of the rivals have made him a celebrity among lovers of MMA.

The story of the Thai warrior

The Thai fighter does not back down. This could be defined as a whole lineage of warriors who always start fighting at an early age to help get their family out of misery. And the life of our protagonist, Rodtang JitmuangnonI wasn’t going to take a different course. At the age of 7 he began to train, he was a shy boy who avoided conflicts as those closest to him say, and at age 10 he would have his first Muay Thai fight as a professional.

Realizing that he could earn money by competing, the Thai martial artist continued his training in his hometown while struggling to pay for all the costs of his training camps. The results began to arrive very soon and fame did not detach from him until today. At only 21 years old, Rodtang had already accumulated more than 250 victories, and had even won the prestigious Omnoi Stadium world title twice. In August 2019 he reached the pinnacle of hitting after defeating Jonathan Haggerty to claim the world title ONE Flyweight Muay Thai.

Loading...
Newer Post
Boxing: Pacquiao plans to return to the ring after aspiring to the presidency of the Philippines
Older Post
NBA: Stephen Curry could earn 1,000 million dollars thanks to Under Armor