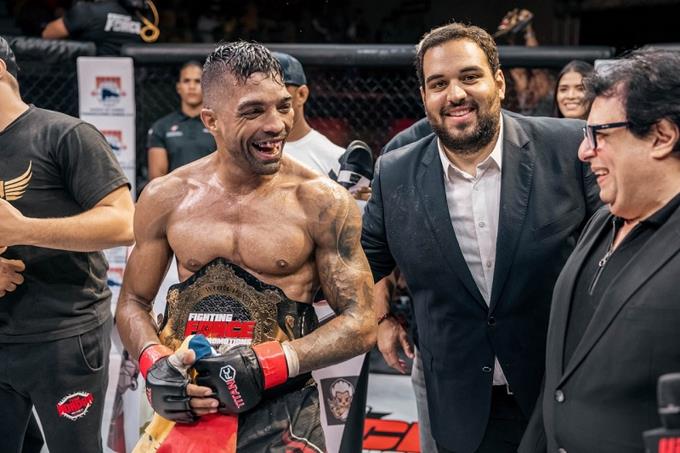 Sojo and Roy staged a great fight that kept the public on their feet at all times, as both gladiators gave their best to take the victory.

“Roy showed a great level, especially on the floor, I didn’t think he would be so tough (the Dominican)” Sojo declared upon retaining his title.

The American defeated Sosa again, since in a previous fight last April he defeated him by decision in jiu jitsu. The Dominican had promised that he would take revenge, but he could not against Nicholson’s prowess.

The fights were broadcast around the world by UFC Fight Pass, platform of the Ultimate Fighting Championship.

“This has been one of the best organized cards in the Dominican Republic, with great fights and a packed house with thousands of fans,” said Rodolfo Dauhajre, president of Fighting Force, after concluding the sports evening, which was a box office success.

The Dominican Carlos “El Matador” Matos defeated the Colombian Mauricio Díaz via submission (mata-león) in the first round.

Loading...
Newer Post
They launch the first soccer tournament in the metaverse with a prize in cryptocurrencies
Older Post
The Barranquitas club will be the scene of an attractive boxing festival