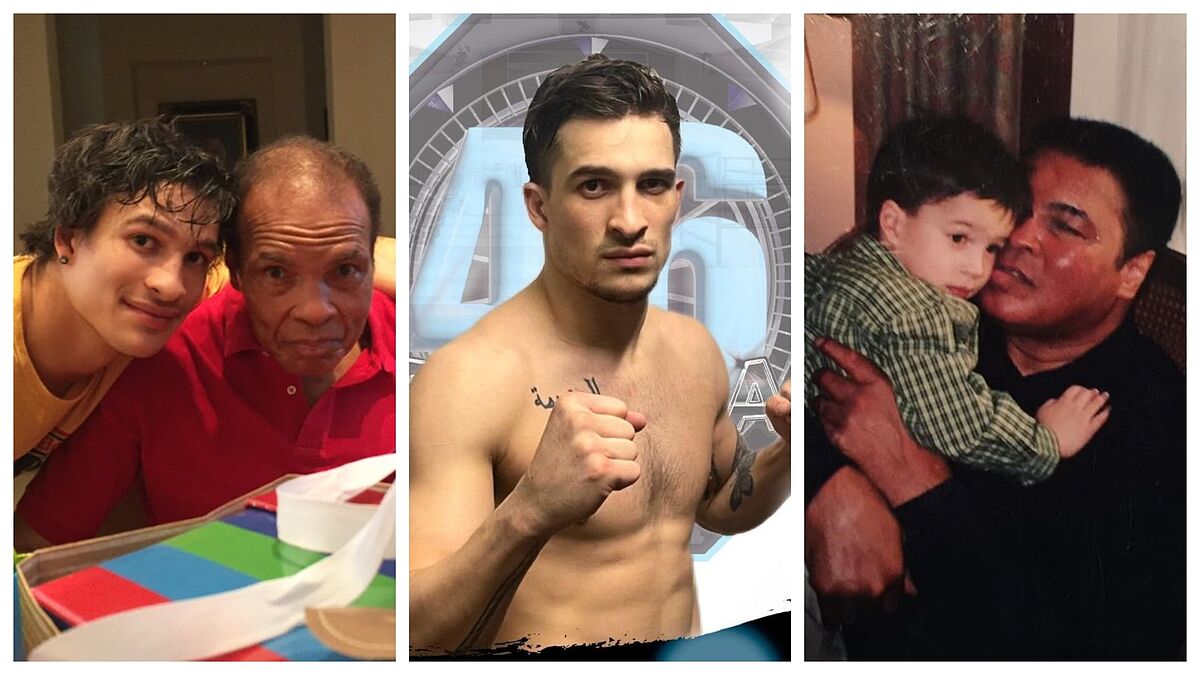 Tafter witnessing the success of his brother Nico Ali Walsh in boxing, which accumulates five professional wins and at 21 years old he has become a

Tafter witnessing the success of his brother Nico Ali Walsh in boxing, which accumulates five professional wins and at 21 years old he has become a great attraction for the promoter Top Rank, it is the turn of Biaggiowho debut tonight in an MMA match.

The 23-year-old decided to give up his college football career -and for the moment also the occasional model- to enter the world of fighting. She will make her cage debut on the undercard of Fusion Fight League’s ‘Rumble Under The Rims’ event taking place in Montana.

“I have been training MMA for two and a half years. Everything was delayed by covid, but I never stopped preparing,” the rookie told FITE.TV, who is facing another fighter who is making his debut. Biaggio Ali Walsh, stressed that he has finally found his way, very much in line with the saga he represents: “I want to become a champion, no matter the organization or the promotion in which it happens. I just want to make a name for myself and continue the tradition of fighting sports in my family.”.

Muhammad Ali’s grandson overwhelms his opponent in the first round

The American prospect is not only very focused on succeeding, but he is trying to take the right steps for it. Biaggio train at the prestigious Xtreme Couture gym from Las Vegas, the home of great UFC champions such as Vitor Belfort, Francis Ngannou and Miesha Tate.

Ali Walsh also recounted that until two and a half years ago he had not dedicated time to combat sports: “I started to train without a specific base and to learn all the disciplines at the same time”. It won’t be easy for him but, according to him, he trains between two and three times a day to evolve quickly.

Loading...
Newer Post
Where did putting stars on football shields come from?
Older Post
The Memorial: Matsuyama, disqualified from the Memorial for using a tuned club: the golfer recognizes the irregularity