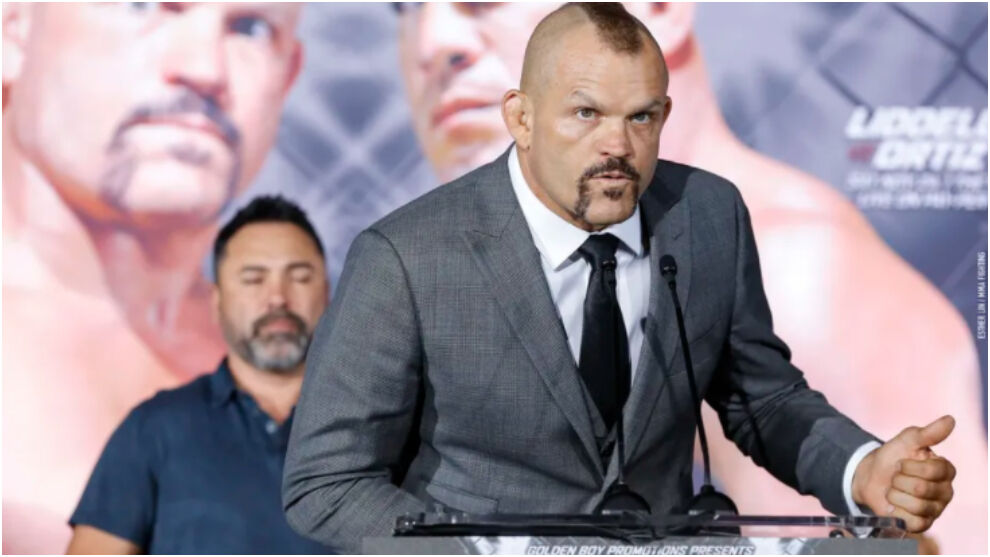 Chuck Liddell, former UFC light heavyweight world champion, was arrested and charged with domestic violence. He was released on a $ 20,000 bond. T

Chuck Liddell, former UFC light heavyweight world champion, was arrested and charged with domestic violence. He was released on a $ 20,000 bond.

There are few details about the incident, but the police report indicates that all started with a verbal discussion that ended with blows prompting Liddell&#8217;s wife, professional poker player Heidi Northcott, to call the police.

Liddell released a statement explaining his arrest in which he described himself as a victim of &#8220;the incident,&#8221; but volunteered to go in his wife&#8217;s place.: &#8220;I was the victim of an incident last night at our family&#8217;s home, as the details of the case will reveal. The agents informed me that they would arrest my wife because I did not respond to their assault while suffering bruises and lacerations. I offered to go in her place&#8221;.

&#8220;This was one of many times I tried to protect a family mental health problem from the public domain. It has become painfully evident that this cannot continue&#8220;continues Liddell&#8217;s explanation.

TO Liddell is credited with being a pioneer of mixed martial arts and of being one of the fighters who promoted this sport. Also He is considered one of the best light heavyweight champions of all time. He has fought Tito Ortiz, Randy Couture, and Quinton Jackson, to name a few. In 2009, he was inducted into the Pioneer Wing of the UFC Hall of Fame.

Liddell retired from the UFC in 2010, but returned in 2018 for a fight with longtime rival Ortiz, which knocked him out in the first round.

Tags: MMA, UFC, sports Center
MMA: Kirill Tereshin, the ‘Russian Popeye’ who injected liters of oil into his biceps: his muscles burst in a fight
UFC: Merab Dvalishvili never fight his friend Aljamain Sterling
UFC: Strickland, UFC fighter: “I like it when I leave the house thinking that I could kill someone”
UFC/MMA 308