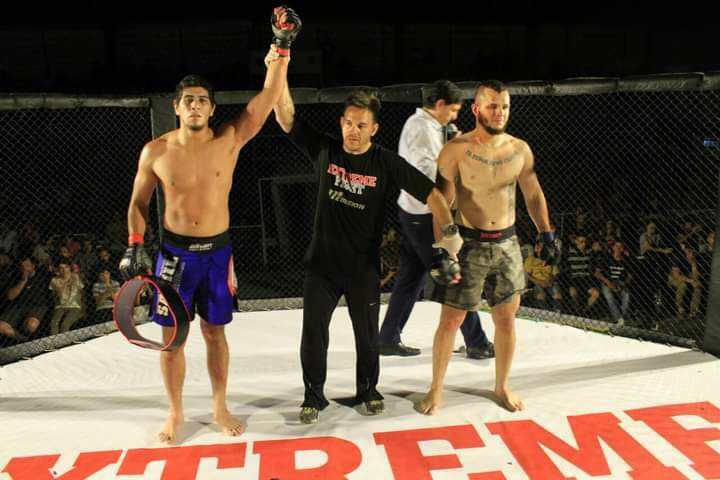 Roberto “El Guerrero” Gamarra will have a tough test in Capiovi, Province of Misiones, Republic of Argentina, next month, in a Mixed Martial Arts c

Roberto “El Guerrero” Gamarra will have a tough test in Capiovi, Province of Misiones, Republic of Argentina, next month, in a Mixed Martial Arts contest.

Gamarra will defend the title he won last January against Argentine Rodrigo Burgos.

On the occasion, El Guerrero prevailed by technical KO, just after the fight began, in the first round.

The fighter will be in the “Misiones Fighter Master”, and will have as opponent the Argentine César “El Duro” Benítez, next July 23 of the current year, at 8:00 p.m.

Read more: Villalba for fulfilling a goal in the Kick Boxing World Cup

Roberto holds the title of International MFM champion, in the Medium category.

The Guarani fighter needs the support of lovers of this discipline and sports in general, in order to defend with dignity the belt that he obtained with sacrifice, a professional MMA title in 85 kilograms.

Roberto pointed out that “above all, I will defend the Paraguayan flag in an international contest and I promise to do my best to leave our banner high, as well as the brands of the sponsors that can sponsor my presence as monarch in this sport.”

Demetrious Johnson and his reasons for accepting mixed rules at ONE Championship
UFC 277: Brandon Moreno seeks to be world champion again at UFC 277: “I expect a war”
It is intractable! Bruno Silva lands another magnificent knockout at UFC Vegas 40
UFC/MMA 1065

Loading...
Newer Post
Duranguense boxer near the final at the Conade 2022 National Games
Older Post
This is the first golf course in Spain converted into a nature reserve | The weekly country