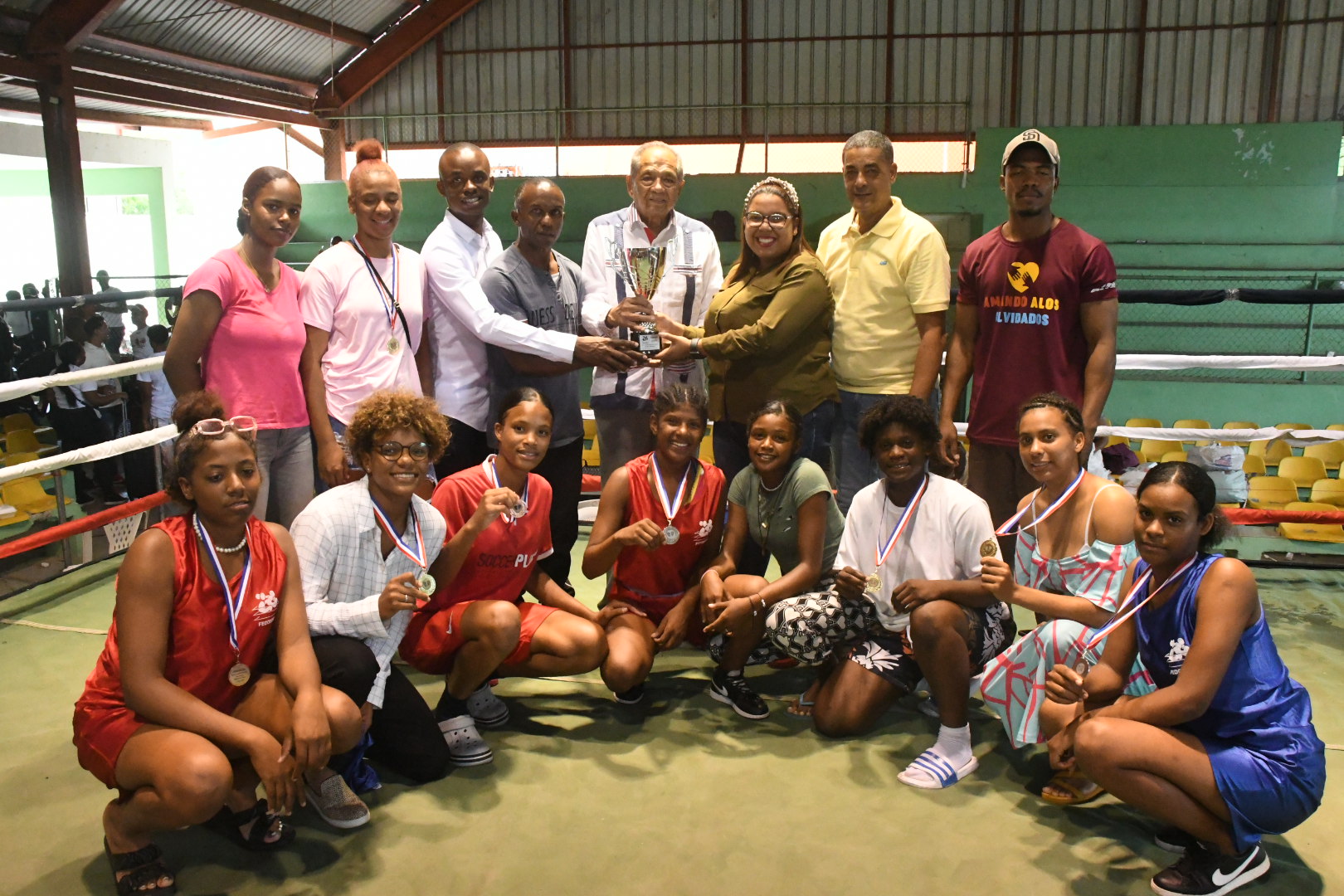 The Monte Plata province, led by the municipality of Sabana Grande de Boyá, was proclaimed champion of the National Women's Boxing Tournament in t

The Monte Plata province, led by the municipality of Sabana Grande de Boyá, was proclaimed champion of the National Women’s Boxing Tournament in the youth category, which was held at the Pepe Mallén Coliseum in San Pedro de Macorís.

The Sánchez Ramírez province took the laurels corresponding to third place, after accumulating five points, with a gold medal, a silver medal and a bronze medal.

This is the first time that Monte Plata wins a national boxing tournament, which shows its growth in this discipline, according to the president of the Boxing Association of that province, journalist Primitivo Cadete.

The children’s category was won by the representation of the Santo Domingo province, while San Pedro de Macorís prevailed in Elite and won the Indotel Cup, which was played for three days at the Pepe Mallén Coliseum and as part of the program of activities of the year of the Dominican Boxing Federation.

The fair was dedicated to the Minister for Women, Mayra Jiménez.

The juveniles from Monte Plata who won gold medals were Alainy Pérez Martínez, in the 57 kilos; Lisandra Contreras Polanco, in the 60s and María Isabel Valencia, in the 63 kilograms.

The journalist Primitivo Cadete gave credit to the work of the boxers and the coaching staff, headed by coach Danny Suarez.

The national youth women’s boxing tournament brought together the best female competitors from the Dominican Republic.

Tags: Junior Boxing Championship
Club Billy Thompson, a praiseworthy effort boosts boxing
Le’Veon Bell leaves the grid to debut as a boxer
Another Abreu from Cienfuegos arrives in Miami, but not to play ball but to seek a world boxing title
BOXING 3122

Loading...
Newer Post
Carmen Alonso rules in one of the temples of world golf
Older Post
How A-Rod helped a former NBA player out of bankruptcy