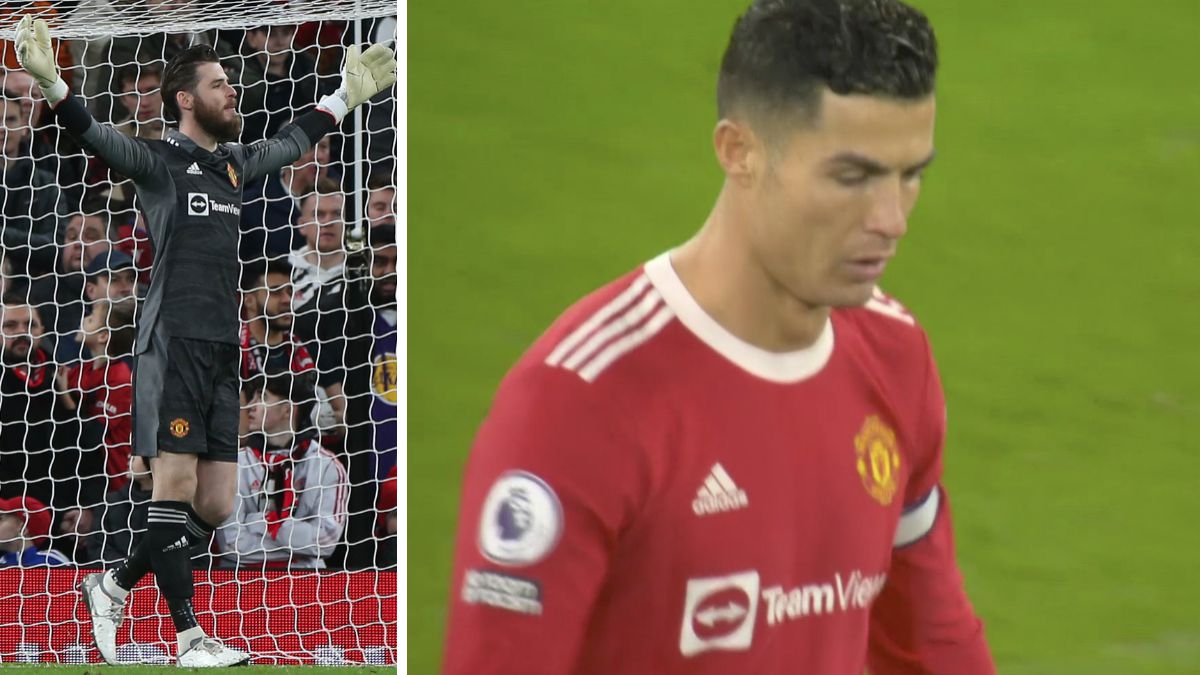 The tension of Manchester United begins to manifest itself on the pitch. The bad moment that the team is going through means that even its bigges

The tension of Manchester United begins to manifest itself on the pitch. The bad moment that the team is going through means that even its biggest stars collide with each other in games. The most significant case occurred in the match against Wolverhampton, at Old Trafford.

In the middle of the crisis in the first half and with the team disoriented, Cristiano delayed his head towards his goal in a very risky assignment that was about to cost the Red Devils a goal. LDe Gea’s reaction after the mistake was furious.

As soon as the ball came out, he addressed Cristiano with fuss and gestures, to such an extent that he forced to apologize to the Portuguese – not used to receiving rapapopo of this dimension in public. It hadn’t been a good first half for anyone, not for the United captain this time., who felt singled out because of this failure. Remember, without Maguire, the captain’s armband made more sense for De Gea than for Cristiano. “I want a captain who is an outfield player,” explained coach Rangnick.

At the end of the first half he left angry and arguing with the referee, while De Gea looked at him in the distance as if waiting for him. Finally, both went to the dressing room and what had to be settled between them already happened privately.

Ralf Rangnick on Cristiano Ronaldo as captain: “The question was between David De Gea or Cristiano, they are the players who have been in the team the longest but I wanted an outfield player as captain, that’s why I chose Cristiano” pic.twitter.com/TbVbeH0ZQ8