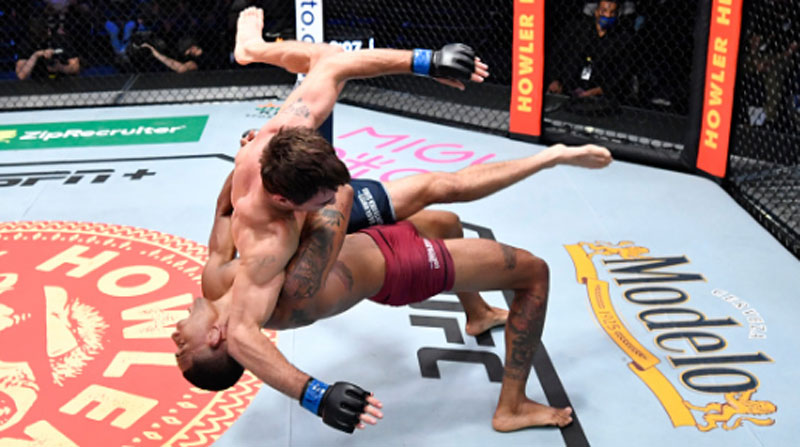 They are not only Marlon 'Chito' Vera and Michael Morales, the two Ecuadorians who are active in the UFC. Today there are other

They are not only Marlon ‘Chito’ Vera and Michael Morales, the two Ecuadorians who are active in the UFC. Today there are other tri-color fighters already competing successfully in professional mixed martial arts (MMA) leagues in the United States, Mexico, and other countries.

Vera and Morales They are currently the two athletes with the greatest visibility for belonging to the Ultimate Fighting Championship (UFC), one of the most famous companies in this sport.

Vera entered that league in 2014 and is currently part of the ‘top ten’ of its category, increasingly close to a dispute for the title.

Meanwhile, Morales earned his place by triumphing in 2021 in the Contender Series and in a few days, on January 22, 2022, he will make his first official fight in the UFC when facing the experienced American Trevin Dewayne Giles.

Apart from these two talents of the MMA, There are other Ecuadorians who have recently stood out as Emiliano Linares, champion in the Budo Sento League of Mexico or Andres Luna Martinetti, who has been undefeated in 12 professional fights,

Emiliano Linares, an Ecuadorian who was crowned champion in the Budo Sento Martial Arts League of Mexico. Photo: Instagram emilianolinares_mma

“In Mexico there are about 9, in Brazil two in U.S about three more and even in Europe, in Denmark, Italy and some other country there are those who wait for their opportunity ”, he confirms Daniel Novillo, Guayaquil expert in this sport and who manages the account mmafanecuador on Instagram and other social networks.

Andrés Luna Martinetti, The 26-year-old has a record of 12 wins without losses, while Linares (24 years old), who won the title in Budo Sento On October 8, 2021, he recorded 7 wins and one loss in his professional career.

“Most of the country’s elite have already managed to leave. In most cases they have left by their own means ”, confirms Novillo, who adds that there are at least 10 other tricolor athletes with the conditions to also seek triumphs in companies and professional leagues abroad.

After victory at UFC Vegas 44, Cheyanne Vlismas is not sure when she will fight again
Valentina Shevchenko to defend flyweight title against world champion
UFC fighter subdues thief with wrench
UFC/MMA 492