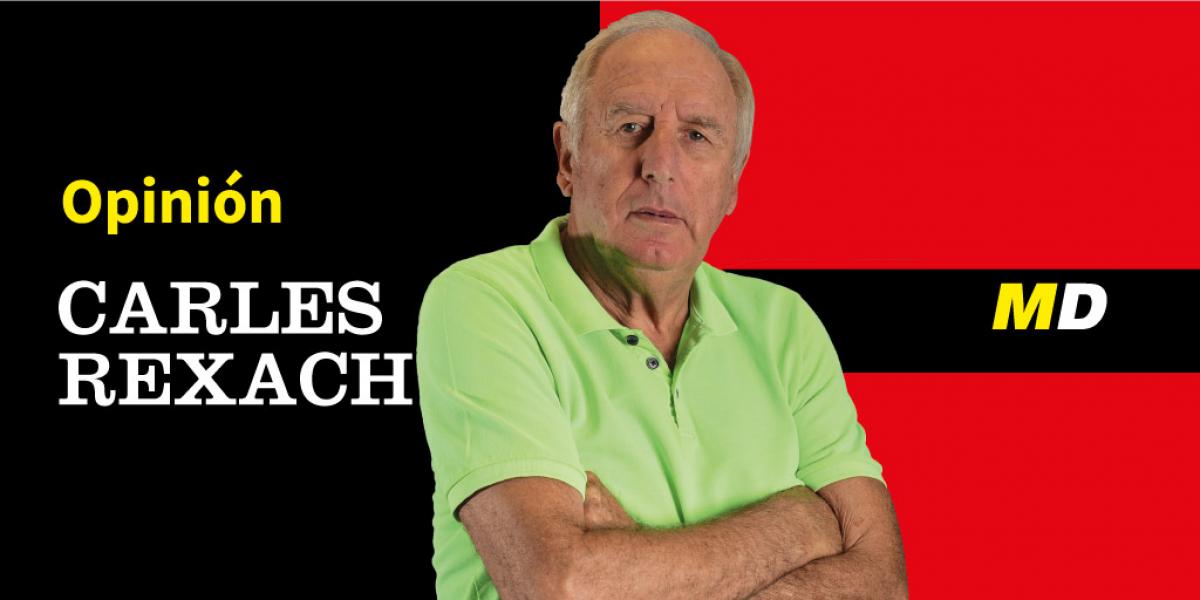 Football was not invented yesterday, nor the day before yesterday, although sometimes it seems like it. If many people could hardly tell who they were Kocsis, czybor either Puskas How are you going to ask them to remember vital figures in a club like Mr. Boter? I give the example because Barça would not understand each other without scouts like him, who walked the dirt fields from morning to afternoon and when he saw a kid who played well he asked for his father to sign him. This is how we arrived at Barça Shank, Pujol and so many others. Also myself, when Mr. Boter He saw me when I was eleven years old playing for els Rosers, a neighborhood team. So it was ‘9’ because, I’ll confess, I never liked playing as a winger. It is the most difficult position: you only have one side to escape and you are always at the expense of getting the ball from time to time. That is why the best, as soon as they can, go to the middle, where they touch the ball much more and can go out playing to the north, south, east and west. Are the Messi, Pele, Maradona, Cruyff… Acting from midfield to forward being from the house was always difficult and now perhaps it is more so because of the trend in which the game has gone. Although many things have been gained –physical discipline, tactics, collective sense and fewer messages of the type “you have to die on the field”– in general I miss much of what was learned in the street in today’s football. It seems to me that even children go out on the field with too many instructions in their heads: “Play one touch”, “play easy”… That message should be valid for some, but not for all. In fact, then the clubs pay millions not for those who “play easy”, but for those who “play difficult”, for those who force themselves to make a difference in each game and take risks, even if they can take the whistle if they mess up . I had a technician bela sarosi, which asked each player to draw their best virtue a minimum number of times: “Do you haggle? dribble 10, do you shoot? shoot 5…”. Not everyone should train the same. A Neeskens either Busquets they could be asked to go around the field 10 times, Maradona you disassembled it Today everything is so studied that everyone copies. Football is academy and system: move fast until the gap appears. But then, the money is paid for the different ones, those who never forget the street. That fire should never be put out.

Xavi should have the squad on tour

We are less than a week away from Barça starting the preseason. will be for Xavi the opportunity to build your team from scratch and I wish you success. It is clear that the club’s situation is not making it easy for them, although I hope that in the coming days matters that directly influence prosperity and sporting expectations will begin to be clarified. It would be very important that, in a year as atypical as this one, in which everything is going to go very fast also because of the proximity of the World Cup, the coach can go on tour with a squad very similar to the one that starts the League. It would be desirable so that he can better work on his idea. Because, let’s not forget, in football, the most important thing is the players.