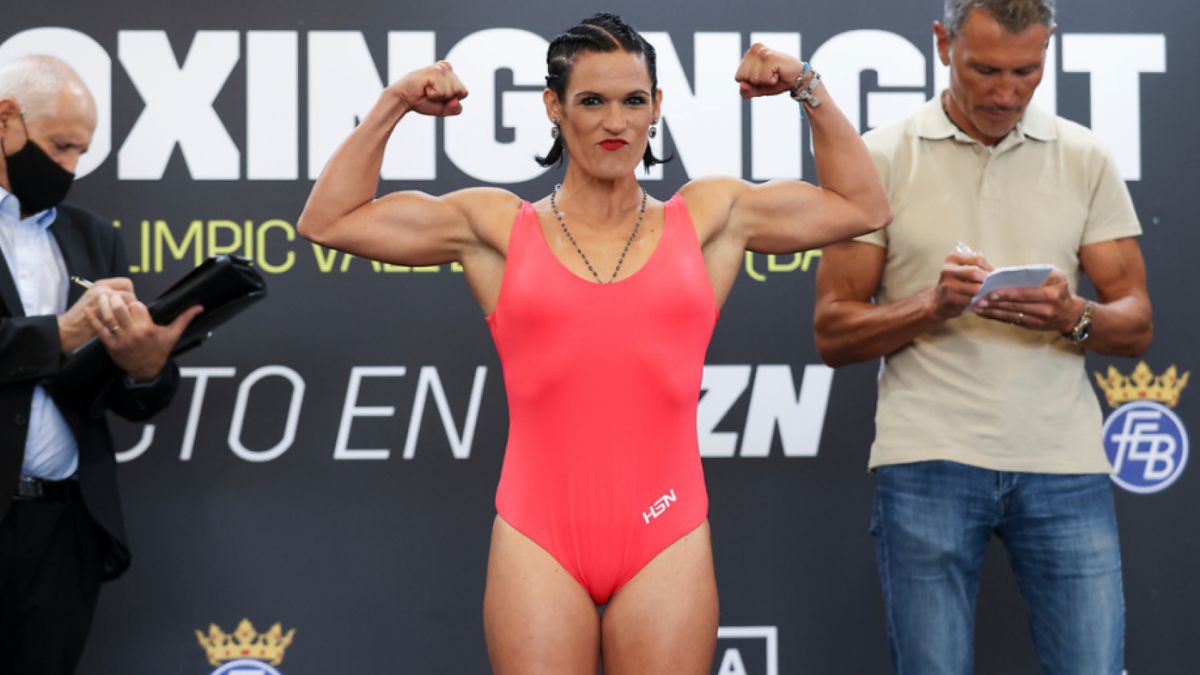 His first boxing match was played in borrowed boots. "They weren't even my number. They were so tight ... I think it was so that no kick would es

His first boxing match was played in borrowed boots. “They weren’t even my number. They were so tight … I think it was so that no kick would escape me,” laughs Mary Romero (6-2, 1 KO). The 35-year-old from Murcia went through almost all contact disciplines before coming to boxing in 2015. She wanted a finishing touch in the most media and historical sport. That gold he achieved, since in January 2020 he won the European super bantamweight and did so in his town, Puerto Lumbreras. His career was taking a new dimension, but the pandemic stopped everything.

Mary never had a problem packing and donning gloves outside of Spain. So in November 2020 he was on his way to the airport to fight in France, but he had to turn around. Contact with a close positive left her in quarantine with her team. From there, he had to look at the European. Amy Timlin (4-0-1, 0 KO) was her rival and she had to travel again. In England it was going to be that fight … but everything changed. Matchroom included her in their show this Saturday in Barcelona (19:00, DAZN). “They have given us a short notice, a month… but boxing is like that. We have not stopped training even during the pandemic. The call is very exciting. Knowing what was going to be at home and what is now here and that there has never been female boxing before at Matchroom Spain events is exciting. I’m looking forward to the day ”, admits the Murcian to AS.

Mother, security guard in the morning … and boxer in the afternoon. Mary’s path has not been easy, so she prefers not to trust herself even if she fights at home. “Despite the joy of fighting in Barcelona, ​​the one who is signed with Matchroom is her. It is not a gift. I’m going to fight as if I were doing it on the other side of the world. I have to win very clear. I think experience is on my side, but no one can be underestimated. Timlin was on the British national team… I think that says a lot. She will fight for her dream and I will fight for mine. The most dangerous thing is its speed, but I will go out with my boxing to cancel it, ”he warns. The war is served.

In the same evening, Kerman Lejarraga (32-2-0, 25 KO) will try to proclaim himself European champion in a second division, the super welterweight, against the British Dylan Charrat (20-0-1, 6 KO). “It’s a challenge for me,” Morga’s Revolver says of his final months before stepping into the ring. Despite being 29 years old and being the highest grossing fighter in Spain, the Basque was close to giving up everything.

In this brief time of impasse, Lejarraga has sought “a change that he needed.” “I realized that I had to vary things. I discussed it with my surroundings and everyone encouraged me. I spoke with Ibon Larrinaga (also a professional boxer and a personal friend of Kerman since his adolescence). He is young, he likes boxing and watching boxing, which is very important, and I told him if I wanted to train. I will win or lose, but the decision is up to me and I will be satisfied no matter what happens, “Kerman admits to AS.