MotoGP 2021: Acosta faints in full act with the president of Murcia 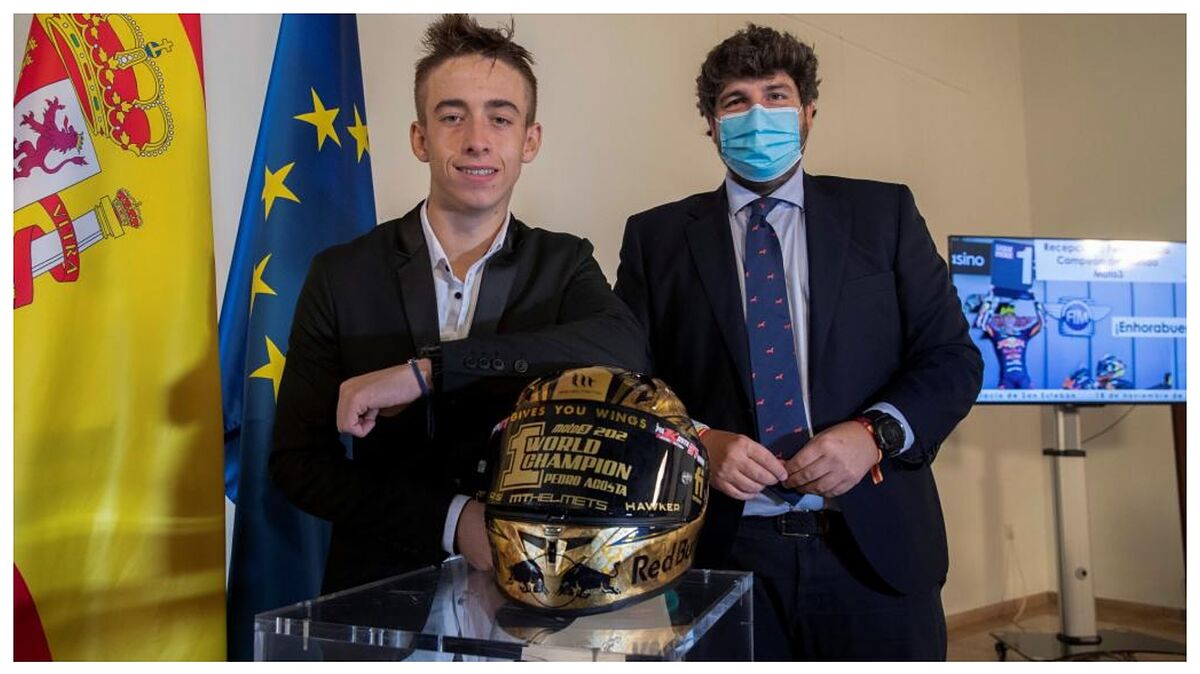 Pedro Acosta continues with its festivities for the Moto3 title of 2021. However, yesterday in Murcia was not for the paths thought by all. El Tib

Pedro Acosta continues with its festivities for the Moto3 title of 2021. However, yesterday in Murcia was not for the paths thought by all. El Tiburn de Mazarrn was received by the regional president of Murcia, Fernando Lpez-Miras, in the palace of San Esteban, seat of his Government.

The young man from KTM Ajo I gave him a helmet replica of the commemorative of his crown, which he took with a fishing rod at his celebration in Portimao. Then, in making the speeches, the competitor suffered a slight fading. It had to be the leader himself who picked him up and prevented one from falling.

Everything returned to normal quickly and the pilot even joked about what happened. &#8220;We&#8217;re back. I did not have in mind that it was such a serious event. I want to thank all Murcians and what we have achieved is theirs, the people who have supported us, such as those who manage the circuits in which I train. Without them, this would not have been possible. To be our first year, we have always been ahead and making few mistakes, &#8220;he pointed out.

Pedro discovered that he had some fever the previous hours, but that was nothing serious. This will not prevent you from celebrating the winding with your countrymen, in a party scheduled for this Saturday in Puerto de Mazarrn. &#8220;I think something so big has never happened in motorcycling in Murcia and it is normal that people want to celebrate it with us,&#8221; he said.