MotoGP 2021: “I was practically dead, I thought about suicide and managed to reset my life” 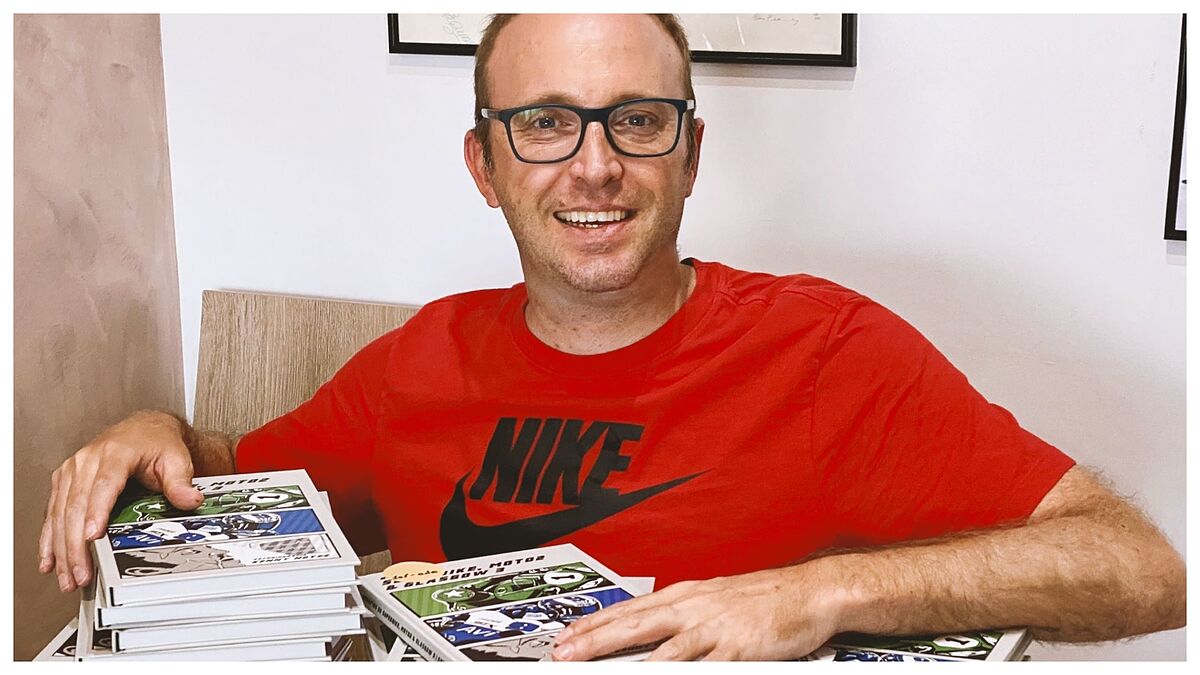 MotoGP 2021: “I was practically dead, I thought about suicide and managed to reset my life”

“The following is a series of memories I had at waking up from coma in hospital: Darkness … all black … intense darkness … no light … “. ‘Challenges of Superbike, Moto2 and Glasgow 3’, the autobiography of Kenny Noyes. Available at trebolsports.es

Most of it revolves around the event that changed his life: the accident of July 5, 2015 in the FIM CEV Superbike at MotorLand. The Hispanic-American does not remember anything about him and it is his relatives who narrate how they lived it. In fact, the hospital that Kenny evokes, is the Guttmann Institute Barcelona and not the Zaragoza Clinic, to which he was transferred – “I was practically dead” -. Because Noyes woke up more than two months after the incident.

and Glasgow 3 refers to the coma scale I was in, the one with the lowest consciousness. “Some doctor told me that if I survived I could look like a vegetable. They don’t know the ‘bastard’ in there,” writes Pep Sastre of Kawasaki. “There are 50 percent of it not survivingHer brother Denny agrees. Perhaps the deepest memories are of IanaHis wife, who has been with him the most, who even gives practical advice for those who go through such a trance. “You never stop fighting. Life is complex and often unfair, but you have to live it to the end, “he concludes.

Kenny takes up his story to narrate that his last memory is driving … “in 2014, the last laps I did to win the title of CEV champion”. Later he wanted to see his accident more than 40 times – “I want to memorize it”.

Noyes even does not hesitate to criticize the misuse of sports insurance and the little federal help he received. “The athletes we are like gladiators: we give a show, we fall injured or even fall dead, but the circus continues “.

Above all, it is a story about tenacity, faith. “With a serious head injury you go back to being like a little boy who cries because everything is new to him“, he writes. And his’ new ‘life’ becomes a continuous learning to eat, speak, walk, etc. All filled with anecdotes and even humor to alleviate hard moments.” He felt that he had stopped improving and in a moment of deep depression, really I thought about suicide“, he confesses.

There is also room for the ‘life before’ the mishap: his childhood in Miraflores de la Sierra (Madrid) or adolescence and youth in the desert of sheep Springs (California), his success in the ‘flat track’ with the American title or the step to speed, including a season in the Moto2 World Championship -with a pole at Le Mans-, “my little battles”, as he says.

Now, little by little, and with numerous treatments, he is himself, although another. “I still want to go back to having enough level to be an instructor at Noyes CampBut I don’t want to compete anymore, “he says. He refers to the farm that he managed near MotorLand to teach kids.

“I’m still alive and now I have a chance to start a new chapter. There are people who say that I continue to improve thanks to my personal perseverance, others believe that it has been thanks to the unconditional support of my family, some think that good luck has had more to do with it and others that everything has been achieved thanks to the doctors. The key has been a good combination of all these factors. I have managed to reset my life“sums up Kenny, who has even created a Foundation to help people in their situation, the Noyes Fund. A great example.

Tags: motorcycling, motor / motogp
MotoGP 2021: Crutchlow to race for Petronas Yamaha SRT in the next three races
MotoGP 2021: Rossi and Marini win the 100 km of the champions
MotoGP 2021: Pedro Acosta debuts his new Moto2 Kalex at the Jerez Circuit
MOTOGP 250