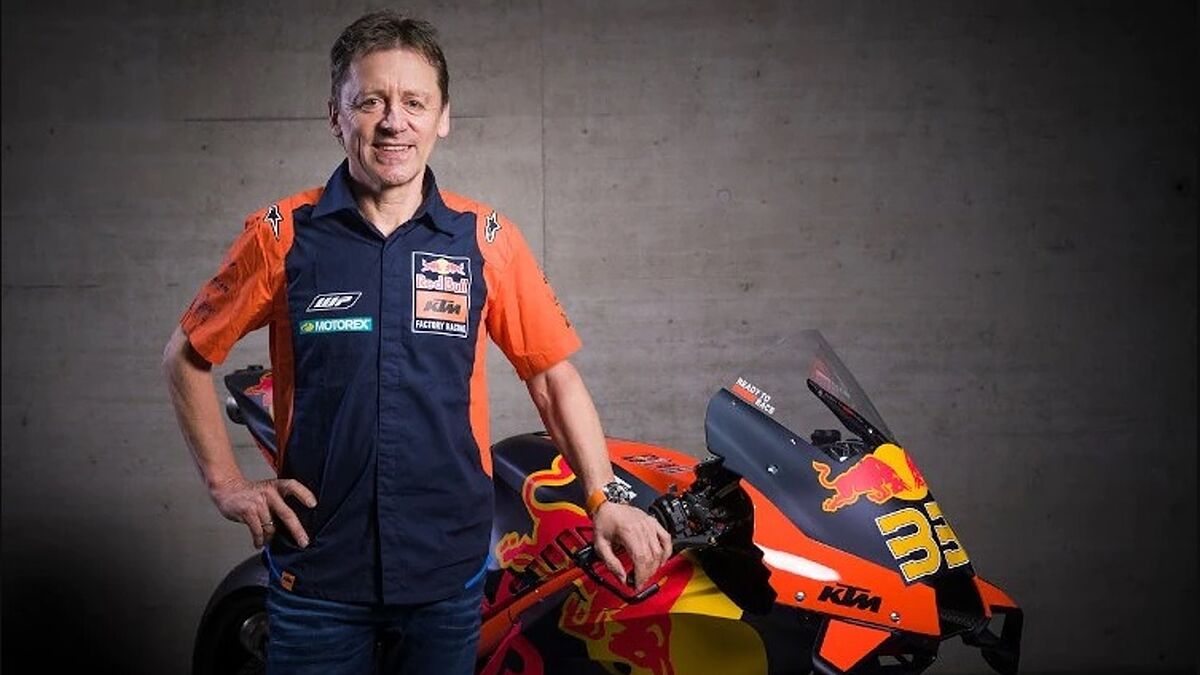 KTM has made it official that he changes his captain to take the Austrian team's ship from 2022. It was rumored in the previous days with the depar

KTM has made it official that he changes his captain to take the Austrian team’s ship from 2022. It was rumored in the previous days with the departure of Mike Leitner, from the house since the MotoGP project started and it has finally been the case.

The curious thing is where the new leader of the ranks went to fish, neither more nor less than Ducati, since the man designated to accelerate the performance of the oranges is Francesco Guidotti, who came from Ducati Pramac, where he has done a great job by winning the trophy for best client, independent and best rookie team in 2021.

Guidotti, whose signing is not yet official, was already in the Austrian house for three years and returns to accelerate a project that has already accumulated five victories, the last two this season with Oliveira in Catalonia and Binder in Austria.

“After seven years together, we have decided to reorganize our leadership in MotoGP for the future,” says team principal Pit Beirer. “I can’t say how grateful we are for all the work he has put into this project. Mike pushed hard to get us from the back of the grid to the front row, and his commitment has contributed significantly to our success story.” Leitner, who was also Dani Pedrosa’s track engineer, moves to an advisory position on the team at age 59.

Tags: motor / motogp, sport - motorcycling, Dani Pedrosa
MotoGP 2021: “I was practically dead, I thought about suicide and managed to reset my life”
MotoGP 2021: Stoner: “Pedrosa is the one I learned the most from, he left you speechless”
MotoGP 2021: “Something has to change”
MOTOGP 253

Loading...
Newer Post
Paddy Pimblett thinks a single fight in the UFC is more popular than Khamzat Chimaev
Older Post
NBA: Charles Barkley: “I want to be broke when I die, I don’t want to leave all that money to my family”