MotoGP 2021: Quartararo plays with Messi and has a great detail with Sergio Ramos 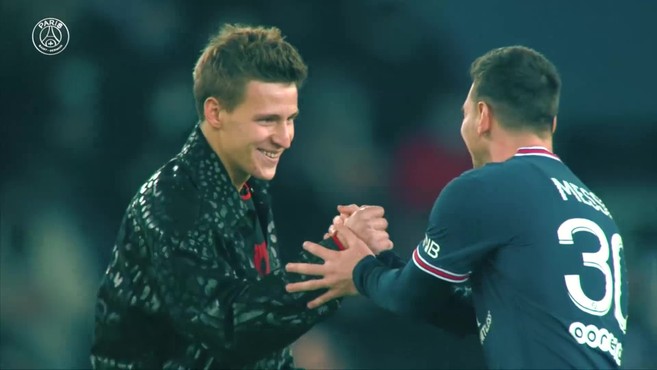 Updated 12/03/2021 - 12:58 Fabio Quartararo He had a great time visiting the Parc des Princes. The current MotoGP champion was in the match betw

Fabio Quartararo He had a great time visiting the Parc des Princes. The current MotoGP champion was in the match between Paris Saint-Germain and Nice (0-0). Precisely, ‘El Diablo’ was born in Nice on April 20, 1999. But the one he really enjoyed was with the stars of the Parisian team. I spoke to the technician Mauricio Pochettino and with Gianluigi Donnarumma (winner of the Yashin Trophy) and touched the ball with Leo Messi. He also had time to hug Kylian mbapp. And of course he took his PSG shirt, received from the president Nasser Al-Khelaifi. He did a lot in a short time.

Afterwards, ‘El Diablo’ had time to joke through social networks. “What a night! I had the opportunity to do the kick-off at PSG-Nice. Incredible that Between Leo and I we have 7 Ballons d’Or“, share in a sly tone next to a photo in which he shook hands with the ’30’ of the Parisian team.

A nice gift for Ramos

In addition, Quartararo gave a helmet to Sergio Ramos. The central thanked him publicly through a video on his official Instagram account and a short text. “Friend Fabio, I already told you at the beginning of the season and I have not been mistaken, it is going to be the helmet of the world champion “, emphasized the ex of the Real Madrid.

Quartararo, who has crowned himself this year with very good numbers (5 wins, 10 podiums and 5 poles), has recently shown that he likes football a lot. He was even exercising with Valencia in the Sports City of Paterna. And, with the MotoGP World Championship finished, I posed with the Barcelona player Riqui Puig. The last thing was his visit to PSG. And it is not strange that in France they pay tributes to him, since he is the first Frenchman to have won the title in the premier class of motorcycling.