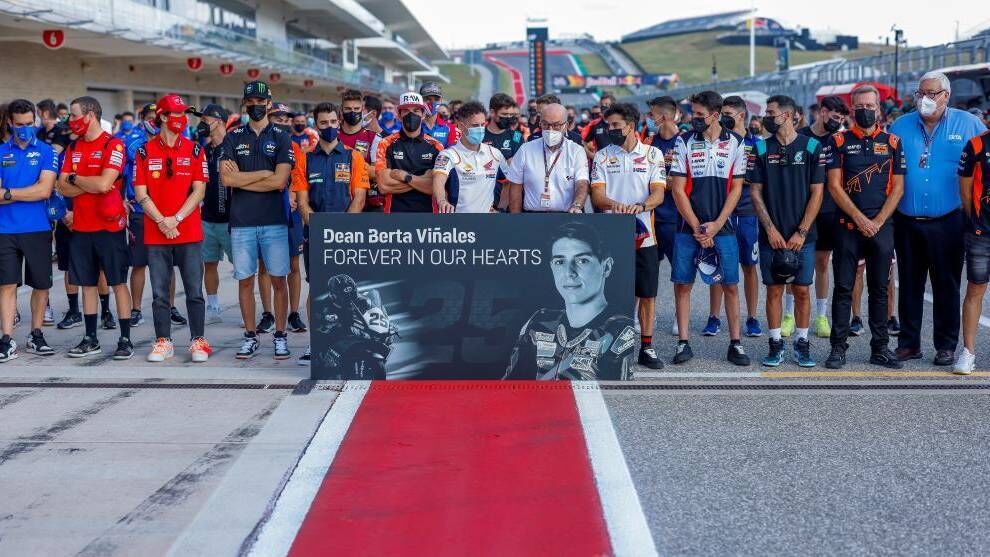 "Something has to change," said Jack Miller resoundingly. in a proclamation that all MotoGP riders, and the World Championship in general, endorse.

“Something has to change,” said Jack Miller resoundingly. in a proclamation that all MotoGP riders, and the World Championship in general, endorse. The dismay over the death of Dean Berta Viales last Saturday in Jerez in the Supersport300 class of the Superbike contest has given way to action. At least some of them.

The pain reaches the maximum displacement, because Maverick Viales, Dean’s cousin, even traveled to Houston, but chose to return. “I can’t run, I’m going back to Spain “he told Rivola, Aprilia’s top boss, who didn’t fault him.

“I want to thank Aprilia for understanding my situation and being kind enough to accept it. I wanted to run for my little cousin, but right now I feel very deep emotions within me that make it very difficult for me to get away from all this and stay focused. I thank you all, “wrote the one from Roses on social media.

Of course, all the participants agreed to what the man from Girona had done. “For me, it is a normal decision. I would have made the same decision. We respect it.”said Marc Mrquez, his opponent since he was a child. “I want to give all my support to Maverick and the entire Viales family because I know them. It’s hard, a hard blow,” he added.

I would have made the same decision as Vials “

Something similar affirmed Mir and Rins, their neighbors in Andorra. “When a tragedy like this happens, I see that everyone is very sorry. We are all together and that is nice. It can happen to anyone. I understand that Maverick does not feel good to come. Aprilia’s decision is beautiful. The riders appreciate it. this. I just hope it doesn’t happen again “declared Joan. “It’s very tough. I met Dean one day training with Maverick at a circuit in Girona. It is the risk of our sport. You don’t think about that when you give a motorcycle as a gift. I understand Maverick perfectly, it is very difficult, “said Lex, who has been a father for the first time and who distanced himself from others such as Valentino Rossi, Laia Sanz or Ana Carrasco by saying that he did not care that his son was a pilot.

But the one who has lived it the closest is Aleix espargar, his friend and partner at Noale’s house. He doesn’t want pilot children. “Being alone in Austin. Of course, I understand and respect Maverick’s decision. I respect Aprilia’s decision to the utmost. I do not say about the children for the three deceased. I say this because it is a risky sport. I already suffered a lot in my career, my brother is here … I don’t want them to do other risk sports either. As a parent, I want to protect them as much as possible. I hope they play tennis, “he threw.

Maybe with more powerful motorcycles they go less together “

But Aleix went further than others who did not know very well what to do to reduce these accidents. “I have many ideas. I want to talk to Dorna. They are working hard and it won’t be easy. Age is one. There is also more that can be done to avoid contacts. As with electronics, with it we can stop the motorcycles if there is an accident. In the World Championship, we used the ‘airbag’, but in the FIM CEV, no and I don’t like that, “he explained.

Because the oldest of the Espargar wants acts. “It is not because of the 16 in the World Cup. At the Barcelona circuit you can race when you are 12 years old with a Moto4, which is similar to a Moto3, and that is worse. The mini bike school is good. Maybe they can be there longer, the speed is lower. Now everyone wants to go to big circuits before krting with the mini bikes, but there you can learn the same or more. There is no single idea. With the older you make sure they have more knowledge, “he proposed.

Mir or Rins agree on another proposal. “The solution, more powerful motorcycles? But with 15-year-olds it is more dangerous. It is seen that in the small categories the riders go very close together, through the slipstream. If you are not so fast, you can replace that second with the slipstream “, indicated Joan.” Perhaps by putting more power the bikes go less together “, judged Lex. The brainstorming came. That they serve for something.

Loading...
Newer Post
So were the pumpkins from Lando Norris to Red Bull: “We tried, but …”
Older Post
Yannick Nzosa aspires to the number 1 of the NBA Draft of 2022