MotoGP 2021 – The MotoGP Grand Prix of the Americas race live 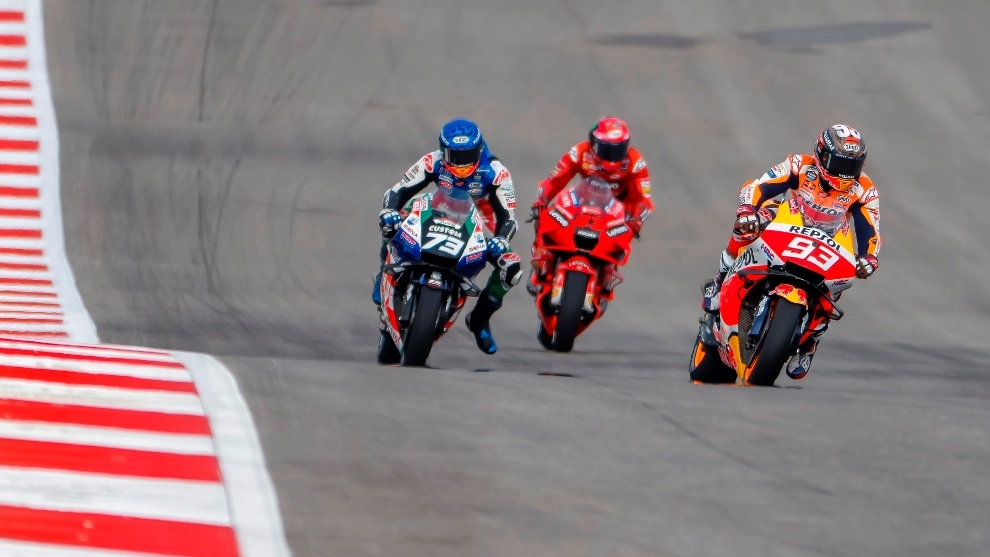 L
bequeath the race of MotoGP Grand Prix of the Americas, in which after 441 days Marc Márquez will start from the first final. The one from Cervera will come out of the third position together with the poleman, Pecco Bagnaia and the leader of the World Cup, Fabio Quartararo.

Jorge Martin, who was fighting with Marc for third place on the grid will start from fourth position along with Nakagami and Zarco. Mir, who is third in the Championship, will start from seventh position. Valentino rossI will come out of the last row since I ranked 20th.

This race will start between pothole controversy what&#8217;s on the track. The drivers have protested and made known how dangerous it is to compete on a circuit with so many potholes. In addition, it is a problem for the teams, since it is very difficult to find the perfect configuration for the bike to go well on this track.