MotoGP 2021: The team that Acosta advises signs a former rival to take his Moto3 champion 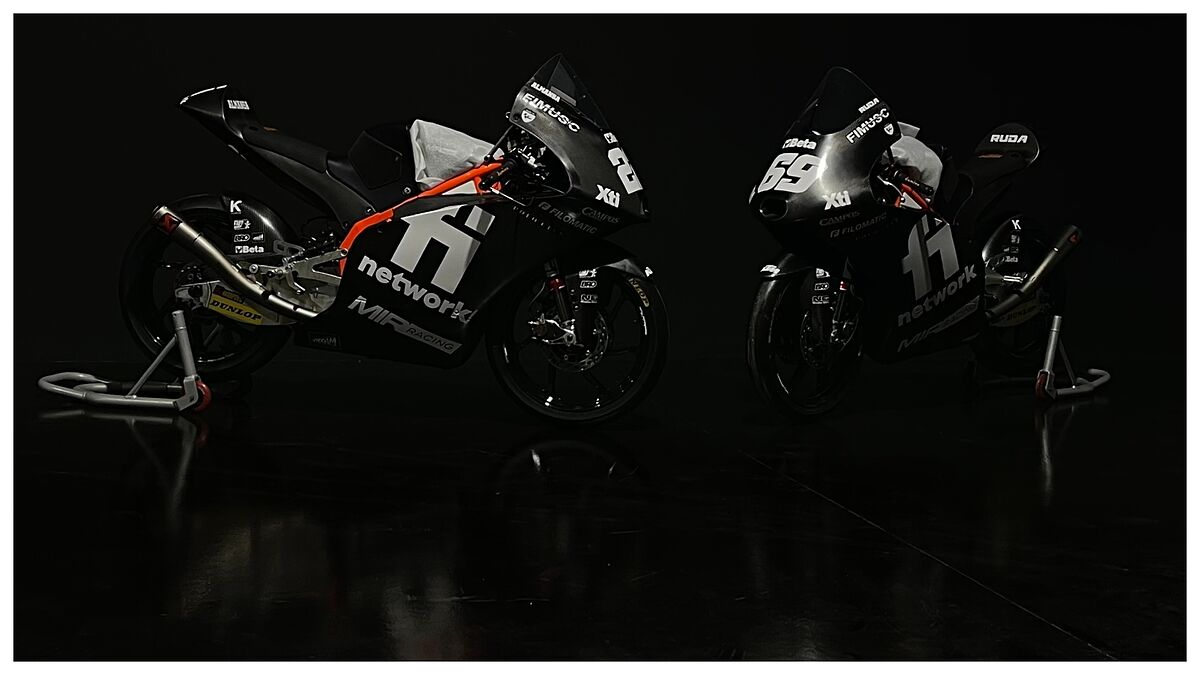 Do youWhere is the KTM with which Pedro Acosta was proclaimed champion of Moto3? Well, in Spain and he will have her close to him all year, but he

Do youWhere is the KTM with which Pedro Acosta was proclaimed champion of Moto3? Well, in Spain and he will have her close to him all year, but he is not at home or at his training place in Murcia. It has been bought by the Finetwork MIR, the team that advises the Mazarrón Shark together with his mentor, Paco Mármol. They have acquired them because they are going to make the leap from the Hawkers European Talent Cup to the Moto3 Junior World Championship of the FIM JuniorGP, former FIM CEV Repsol.

The idea of ​​the formation was to have only one mount, to David Almansa, but they have seen the possibility of signing an old rival of Acosta and they have launched to hire him and get him a mount, which has ended up being guided by the one who was a rookie in the World Cup.

Is about Marcos Ruda, a Valencian whose financial difficulties have not allowed him to progress all that his talent promises. Now you will have a golden opportunity to fight for the contest. In the Hawkers European Talent Cup will form with Gonzalo Pérez and Ruchè Moodley.

Javi martinez, co-owner and CEO of the team, highlighted the ambition of the group. &#8220;I am very excited about this project. We started a year ago when nobody gave a penny for us and little by little we are becoming a reference. It fills me with pride to see how in recent months They knock on the door and congratulate us on a great year. Not only in sports, but also commercially where we have achieved more than 50 million impacts and we have a &#8216;clipping&#8217; at the height of the best MotoGP team. Now we are focused on building a powerful Moto3 team and having the right riders to fight for the top spots. Highlight the enthusiasm and ambition of all team members who have turned to the values ​​that this project represents. We thank KTM for the trust placed in us and that we hope to be able to return it on the track with great results and to our brands MIR Racing together with Impormotor and Finetwork, since without the support of these two great project partners nothing would be possible. Daniel Antón, Pascual Pérez and I have a great illusion in this project and I will leave my soul in that everything works perfectly &#8220;, he indicated.

Jose Estarlich, the sports director of the project, laid out the plans. &#8220;The Talent pilots have been closed since July, although it is true that we are working on the viability of a third motorcycle, It is not our preference because we have always been lovers of the boxes of two motorcycles, but if the opportunity is good we will not let it escape. In Moto3 we will raise David Almansa, a rider with immense talent and who we believe will be able to do very well in the category and we are working to be able to give the second bike to Marcos Ruda, one of the greatest national talents who due to economic circumstances does not it has still been able to demonstrate its potential. All this we do we must thank our sponsors for the ethical values ​​that they are demonstrating by helping in grassroots sport, &#8220;he said.

Loading...
Newer Post
Bryson DeChambeau and the story of a hunch that just changed his life
Older Post
Amateur boxing: The rematch went to Patricio Chanampa