MotoGP 2022: A Yamaha to retain the crown and Quartararo 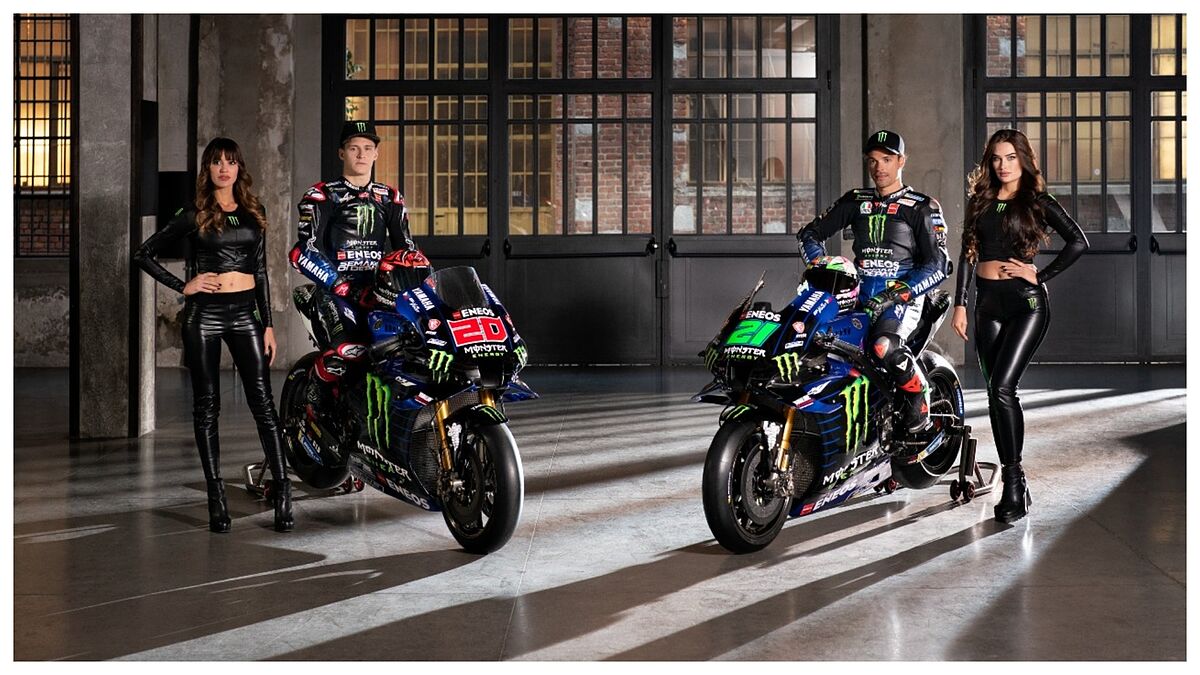 yamaha lived 2021 as his magical year, unbeatable at the brand level. Also in MotoGP... partly. He achieved the most important crown, that of pil

MotoGP 2022: A Yamaha to retain the crown and Quartararo

yamaha lived 2021 as his magical year, unbeatable at the brand level. Also in MotoGP… partly. He achieved the most important crown, that of pilots, with fabio quartararo; not like that of brands, which was for Ducati. Not surprisingly, the Frenchman, who won five races, did not win any of the six finals. The Italians showed that with their motorcycle and the regularity that they lacked at the beginning, they could have obtained the wound. For this reason, the Frenchman asked the tuning forks for a more powerful machine to be competitive. And meanwhile, he took long to renew. Yamaha has that double job for 2022: retain the crown and convince the Frenchman that he can repeat with them.

The presentation consisted of a long video of almost half an hour in which the impressions of bosses and competitors were interspersed. First, Lin Jarvis, the person in charge of Competition, summarized the past course. “2021 was a great season for us, but now we are in 2022. We have some great drivers and a great team. We won a lot in 2021, but the most important thing was MotoGP. It was a great reward for Yamaha.”

fabio quartararodoing motocross, warned: “I feel that I have realized more of what I have achieved, the title, three months after achieving it than then, in Misano. The feelings of last year will give me a lot of motivation. It was a different winter, with many events I was able to celebrate well, but I never stopped training for more than three days. I have the motivation to do the same, I believe more in myself. I’m more than ready.”

Franco Morbidelli He was speaking from a gym. “2021 was complicated, with many challenges, but the worst is over. It’s just a matter of getting in shape, recovering, starting and seeing what happens. We focused a lot on the knee and the left leg. I couldn’t ride a bike, I just go to the gym, but I hope to soon,” he said of his torn ligaments.

Jarvis trusts ‘Morbid’. In fact, they renewed him for two years, so he is sure to be there in 2023. “Franky had a very tough 2021. The injury cost him the season. His return was more of a restart thinking about 2022. I hope he is fully recovered I hope he has a good season and that he shows his true potential, that of 2020. He has a very fine style. I have great expectations with him,” he said. And something similar with Nice. “We saw the best of Fabio in 2021. More than winning five races, it was regularity, the most important thing. Start with one less weight on your shoulders. I don’t think Fabio doesn’t know how to handle pressure. I have high expectations with him,” she stated.

It’s time for Massimo Meregalli, the team leader, who went to the key point. “The tests are even more important this year. The most important is Indonesia, because the grand prix is ​​earlier. The main area to improve will be the maximum speed. That’s what all the engineers in Japan have focused on. Not only in the engine, but also in the aerodynamics, to reach the end of the straight faster. They prepared a lot of new material,” he confessed.

Jarvis unveiled the new organization chart. “There will be changes. sumi being now the ‘general manager’ of MotoGP, has risen. I will supply Seki As project leader, I will come to all the races. Morbidelli will have Patrick Primmer as its new chief mechanic,” he acknowledged.

It was time to talk about the squads. “I don’t consider them my team, but my family because I spend more time with them than with my parents. Last year was the first time I saw them as a real team. The atmosphere is super special. We had a better time than anyone. We had fun,” said Quartararo. “The air you breathe is relaxed. Not only because of the 2021 title, at Yamaha it’s always like that,” Franco said.

It was time to talk about the challenges for 2022 and Jarvis set the bar very high. “It’s a fact that everyone starts from scratch, it’s a new chapter. You don’t know the level of the rest, but the team has already shown to be very competitive. I think we have great potential. The best goal is a brace at the World Cup. It is very difficult, of course, but I have confidence. The mission is to win the drivers’ title, with a double, and the constructors’, let go

Morbidelli was more restrained: “The goal is to be at the front and maybe fight for something important at the end. I have to match Fabio’s speed, which is always high.” The last champion named his opponents. “It’s hard to tell who the rivals will be. The first is your partner. bagnaia It was very strong at the end. look is also very strong. Equally, Franco, Miller, Rins, Marc (Mrquez)… you can’t forget about them. I center myself,” he proclaimed.

Finally, they both went to Milan to see the new mount. “It’s the most beautiful bike,” Fabio launched. “The first thing I think about a Yamaha is tenderness,” said Franky. But the Gaul went further. “There have been changes in recent years, now it’s more of a rocket than a motorcycle“, he exposed. It is better to match Ducati.