MotoGP 2022: Bastianini: “I don’t do magic; Rossi, Lorenzo and Mrquez did it” 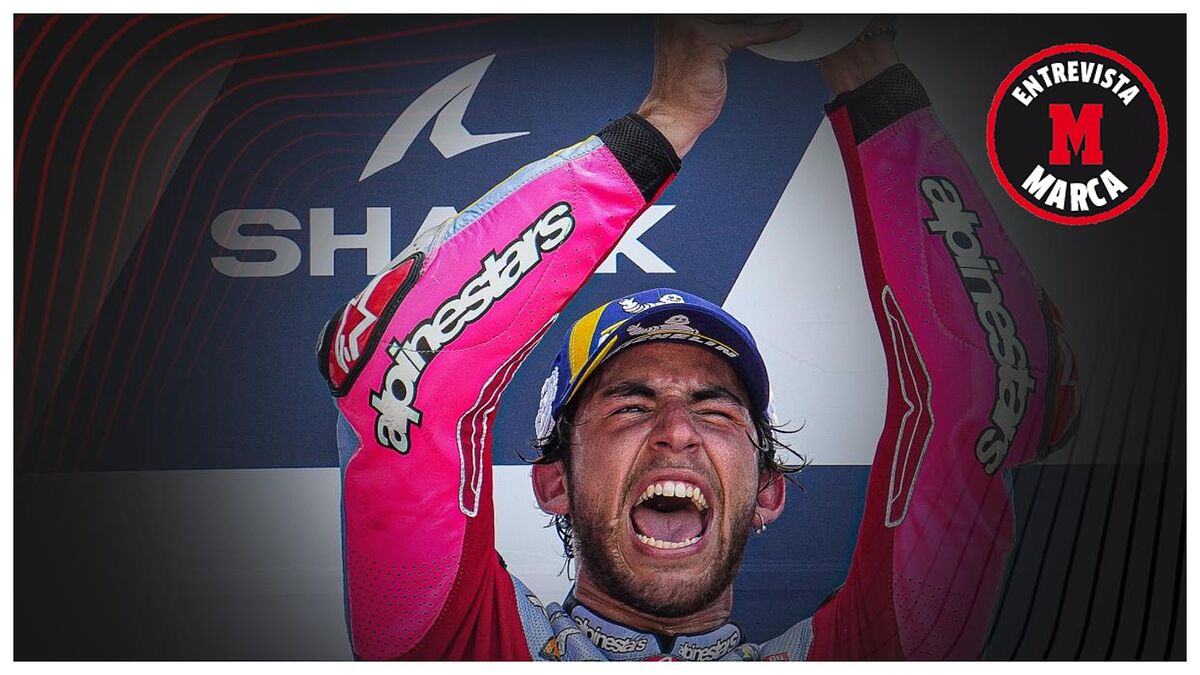 Enea Bastianini is one of the revelations of MotoGP. He was Moto2 champion in 2020, but he is very little known to the general public despite figh

Enea Bastianini is one of the revelations of MotoGP. He was Moto2 champion in 2020, but he is very little known to the general public despite fighting to go to the official Ducati team. She is called The Beast, but personally her character is very different.

QUESTION. Let’s start with her name: Enea. It seems strange to us Spaniards, we can’t find an equivalent.

RESPONSE. Before it was not very common in Italy, but lately I have heard that some children have been named Enea.

Q. And do you know someone named like you?

Q. And does your name mean something?

A. Actually, it comes from the Greek, from a Greek god named Aeneas.

Q. In Spain, enea is a plant, similar to a reed.

R. Well no. Mine comes from the Greek god.

I’m not obsessed with motorcycles, I like life outside of them

P. We continue by his last name: Bastianini, which has become his nickname: Beast. That is the same in Spanish or Italian and almost in English (‘beast’). However, seeing it from the outside, because of his calmness in the races or outside of them, conveys something else. Is there something of a beast, really, in you?

R. Let’s say yes, that the Beast thing comes from Bastianini, which arose from a Moto3 mechanic who told me: ‘You looked like a beast’ because he always left behind and arrived in front. That’s why he called it a beast. Since then, I liked that they also associated it with my last name. But I am very calm.

The goal is for Bagnaia and Jorge Martn to tremble

P. A few races ago, your team, the Gresini, used a decoration with the motto ‘Peace and love’ (Peace and love), of the ‘hippies’. It seemed made for you.

A. I liked it so much that I completely destroyed it.

P. I say it because it gives the feeling of being a free spirit, a bit ‘hippie’. Is it just an impression?

R. I am very calm, I don’t like to focus only on one thing I do. In the sense that I am looking to be fast, to work, but in reality, I like life outside of motorcycles. Let’s just say I’m not obsessed with motorcycles.

P. You can also say that it is sweet, because of the way it treats the tires. It may be the one that best preserves them?

RS I am the one who consumes the least tires. Well, ever, like at the Sachsenring in 2021, no. I am particular, I am strange. There are races in which it is very necessary to keep them and I don’t do it as much. I must change some dynamic. But, with my style, in general, I am the one who arrives with the most tire at the end.

P. It is an important quality with which you make a difference.

A. Yes, it is difficult to go fast and keep the tires. I have a style with which I ride very much with the front and I skid less with the rear wheel, I can do it.

P. Besides, he always comes out behind and so you have to force more.

R. Yes, I complicate my life. I should make it easier for myself.

With the trampoline jumps he would have reached the Olympic Games

P. Who should tremble more with The Beast, Jorge Martín or Bagnaia?

A. The goal is for both of them to tremble, but they are two very strong riders. They will also give me trouble during the championship.

Q. You like the Harry Potter movies and even named a dog ‘Agrit’. Do you think you do magic too?

P. And do you think someone does it in MotoGP?

R. Yes, there are pilots who do magic. Some like Valentino (Rossi), Marc (Márquez), Lorenzo, who have made history in this sport because they had one more gear. 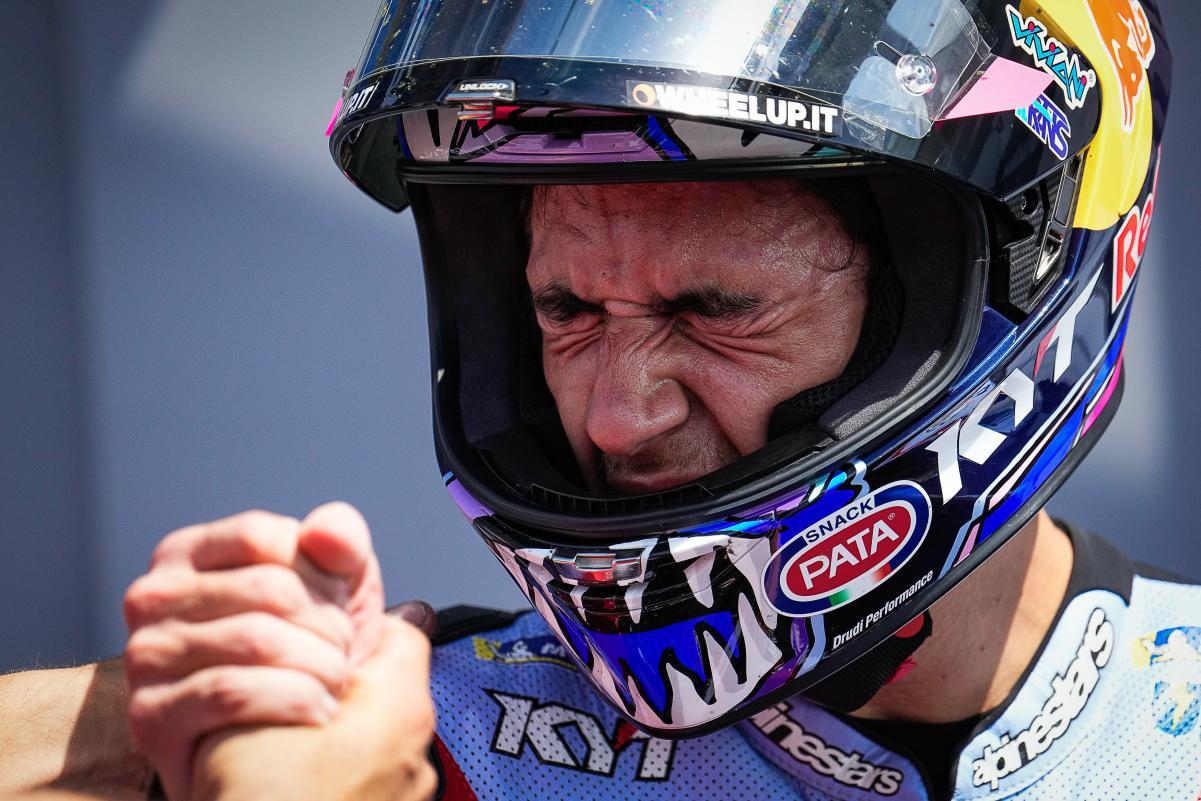 Q. Before motorcycles, as a child, you did gymnastics and trampoline jumps. He was runner-up in Italy in jumps in his category. How far could he have jumped?

P. Maybe, if one day you win the MotoGP title, could you celebrate it with a jump?

R. Well, in Valencia there is a lake…

Q. Johann Zarco, when he won a race, he would do a back somersault. Will you be able to make one?

R. I never got around to doing it. I like to celebrate it, but in a more correct way. 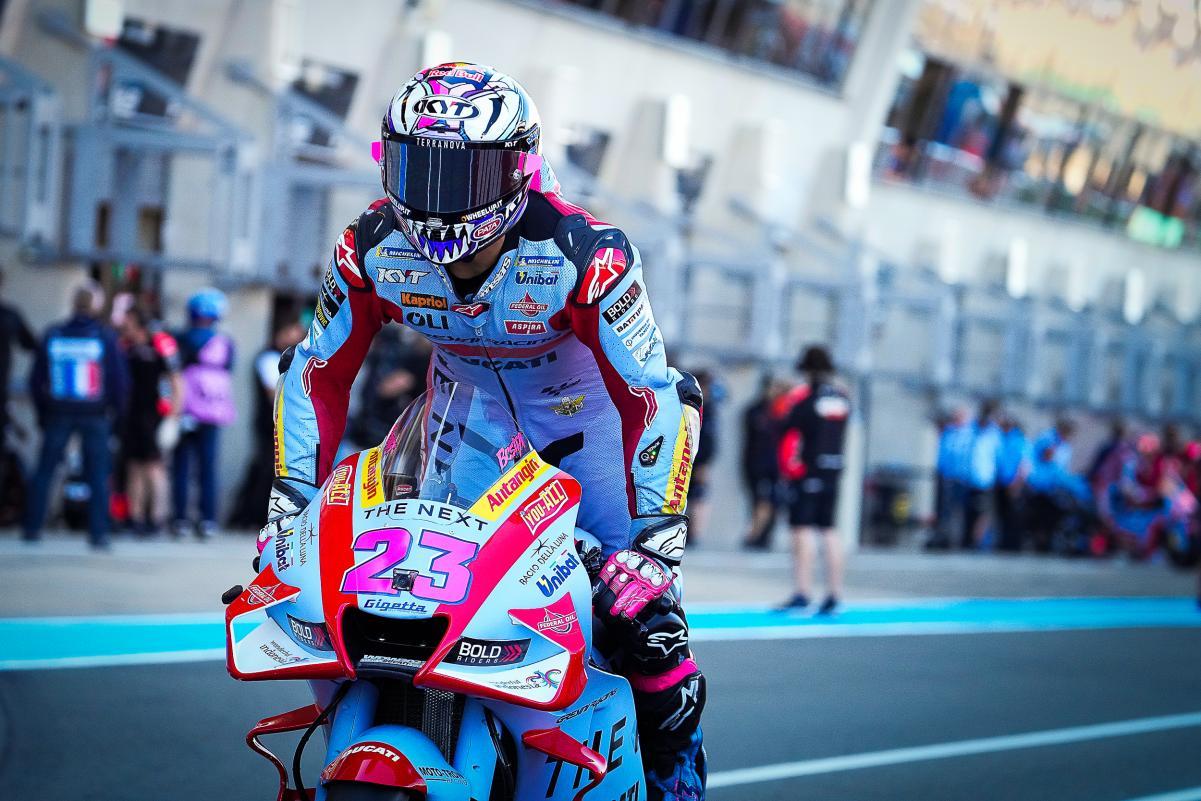 P. Looking at your life, you were born and lived in Rimini, you grew up seeing Valentino Rossi yellow flags everywhere, but you seem closer to Marco Simoncelli, who was also from there. He, like you, was at Gresini, champion in the intermediate class… Is that so?

R. Marco is still with us for many people. I really liked watching him race and what he was like: he made you laugh. And besides, he lived closer. Valentino lives further towards Psaro, in Tavullia. I, on the other hand, being from Rimini, was closer to Riccione, closer to Coriano, where he lived. Always see ’58’ everywhere. Now I live in San Marino, because my girlfriend is from there.

Q. Is it true that you have never been to a concert?

A. Right, not yet. I like music, also classical. I listen to her In winter I hope to go to a concert.