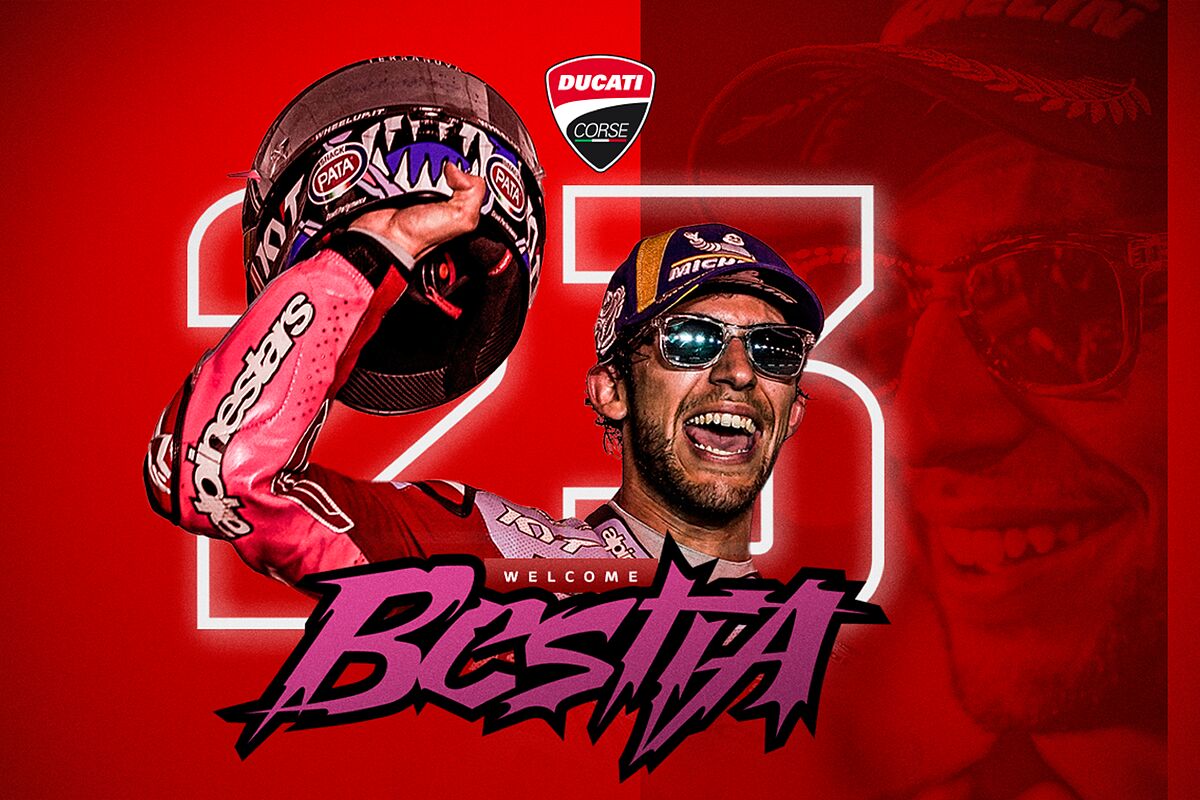 ANDHe was the main favorite for the second Ducati, especially for his excellent start to the season, and in the end he has won the prize, the covet

ANDHe was the main favorite for the second Ducati, especially for his excellent start to the season, and in the end he has won the prize, the coveted second official seat of the Borgo Panigale team. Jorge Martn kept the pulse until the end, with a fiery pique in the last event in Austria, but Ducati will be more Italian than ever from 2023.

Enea Bastianini will defend the Ducati colors in MotoGP starting next season alongside the already confirmed Pecco Bagnaia. The 24-year-old rider from Rimini, who this season has won three Grands Prix in Qatar, the United States and France, signs a two-year contract and wear the colors of the official team after two seasons in the premier class with the Esponsorama Racing Desmosedici GP (2021) and Gresini Racing (2022).

“It was my dream and now it has come true. In these two years in MotoGP I have learned and grown a lot and I believe that alongside the engineers and members of the Ducati Lenovo Team I can only improve”, Enea assures. “I want to thank Claudio, Gigi, Paolo and Davide for the confidence and the incredible opportunity they give me, but I also want to thank Nadia and the entire Gresini team for the great support I have received from them during this beautiful season. I will try to close with the best 2022 as possible before facing my new adventure as an official Ducati rider with maximum dedication and the right team spirit”.