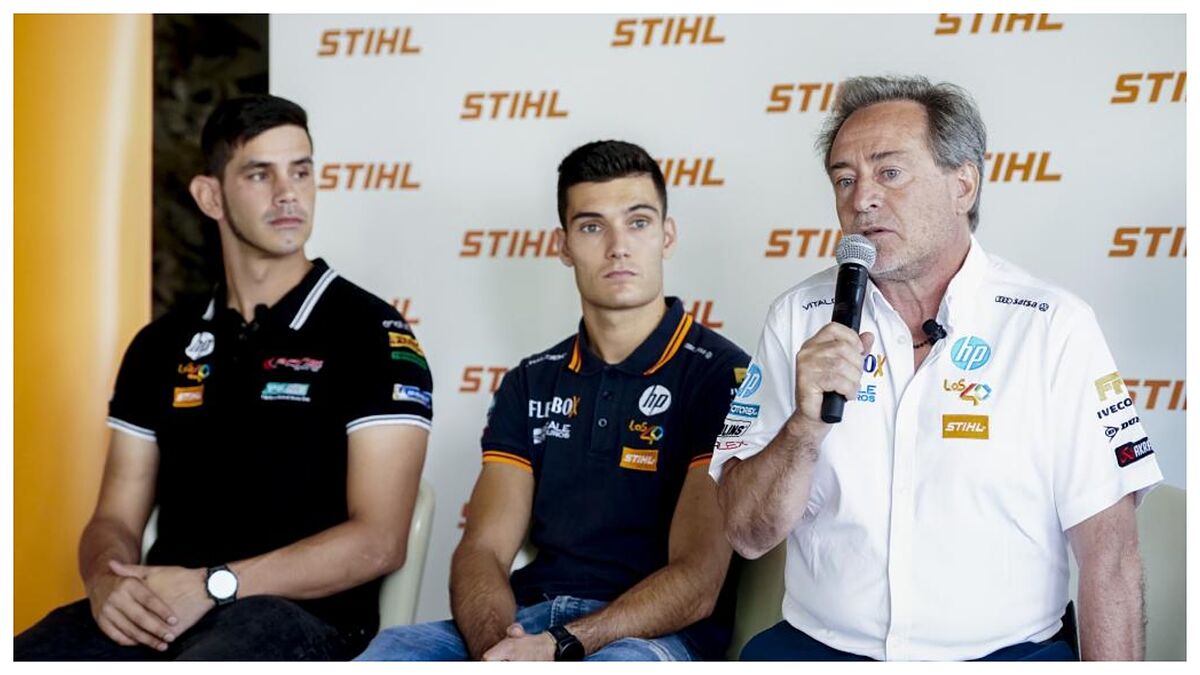 ANDthe team Flexbox HP Pons made a stop along the way in Madrid to reflect on the first part of the World Cup for his squad both in Moto2 like in MotoE. There were the team manager himself, Sito Pons, Jorge Navarro and Jordi Torres. Missing Arn Canet, operated yesterday at the Dexeus hospital in Barcelona. The Valencian, with a fever, was intervened, finally in a nasal septum rupture in the upper part, which affected an artery and was what caused it to bleed and prevented it from running in Assen.

Canet himself sent a video. “Sorry I didn’t attend. The operation has been overly complicated. Surely, in a few weeks be one hundred percent“According to Sito, in 15 days it should be at full capacity, plenty of time to get to Silverstone in good shape.

The two-time 250cc world champion maintains faith in the possibilities of his training. Canet is 30 points behind Vietti and Augusto Fernández and 29 behind Ogura. “The goal is to be world champions of pilots and teams”, he said. Although he knows that misfortunes have struck them. “We are the team pupasWith all these injuries. Still, we have options. If they recover, we will be stronger to fight for the championship,” he said.

The old competitor considers that everything is very open. “It’s a very interesting World Cup, it’s going to be a minimum of four. That complicates things because it is more difficult to fight against three than against one. You have to control three, you have to be in front of three”, he analyzed. And he revealed a conversation with Canet: I told Arn that we can only lose the World Cup. is demonstrating that his speed is higher to that of the others. If he hadn’t failed in three races, he would be 25 points ahead. I hope that he will subtract the three in the second part of the year”, he added.

George Navarro, For his part, he was diminished part of the beginning. “I hurt my ankle in November and I’m still dragging it. All in all, I’ve made some good points. It weighed me down a bit last weekend. Room sixth, but I had a problem with a tyre. My goal will be to shine. The first part has been more about survival than anything else. If we manage to put everything on the site we can enjoy. I liked the package that we achieved in Assen, I was able to drive like that. The difference is not much and two good races make you go up a lot. I hope to fight to enter the ‘top 5’ and, why not, in the ‘top 3′”, he indicated. Sito endorsed it: “We expect many more podiums from Jorge by the end of the year”.

Jordi Torres and his good humor

Jorge Torres he does not lose his good humor even in a “bad” course due to the fracture of the left fibula. “We had good luck, it was just a silly butt. My goal is to shine, leave my mark. To the right, I’m doing great, but to the left I’m a ‘tandero’. Next year there will be another title“, he affirmed. He even offered to help his partner Casadei to fight Aegerter, the leader, or Granado, who is usually on top.

The bonus of winning

Canet and Navarro still lack a victory in Moto2. Pons, Jorge himself and Jordi believe that when he arrives, there will be changes. “It gives you more confidence, but I told Arn to think more about the World Cup than in winning a race”, asserted Sito. “Winning makes you change the chip“explained the Valencian. “Winning gives you a plus, but, contrary to widespread belief, Arn is driving very intelligently,” the Catalan released.

Loading...
Newer Post
The pick in the Los Angeles Lakers NBA Draft 2022: Max Christie, plus contracts for Scotty Pippen Jr. and Shareef O’Neal
Older Post
Sinaloa stays with a golden metal in boxing, within the 2022 Nationals