MotoGP 2022: The curious training sessions of the champion who wants to go to MotoGP 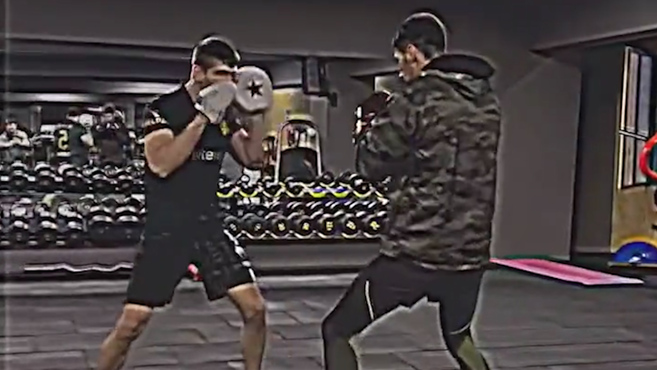 Updated 01/23/2022 - 13:24 Toprak Razgatlioglu he is a very peculiar guy. And a certainly winning pilot. The Turk was able to dethrone hexacamp

Toprak Razgatlioglu he is a very peculiar guy. And a certainly winning pilot. The Turk was able to dethrone hexacampen in 2021 Jonathan Rhea. The ’54’ were crowned in the Superbike World Championship, after signing an excellent season.

Now that he has achieved his goal, he has made it clear that he wants to make the leap to MotoGP. It will not do it this year, but from 2023. Toprak is in Yamaha (SBK), which precisely is having problems to renew Fabio Quartararo, also brand new champion last year… but in the queen class of motorcycling.

For now, Razgatlioglu is focused on revalidating his WorldSBK title. To do this, he performs complete training sessions that include acrobatics and… boxing. The 25-year-old Ottoman demonstrates in a video that he himself has posted on social networks that he has great reflexes and tremendous agility. In the recording sounds the famous “Eye of the tiger” by Survivor which appears in “Rocky III”. A ‘hit’ from the 80s that anyone would recognize even without having seen the film starring and directed by Sylvester Stallone.

And after showing that the preparation for the 2022 season is taken very seriously (which will start in our country, in MotorLand Aragon, from April 8 to 10), Toprak has shown its intentions for the future. He flirts with the idea of ​​making the leap next year. “I always had the dream of MotoGP 2023. Why not?”, he pointed out closing with the wink emoji.

Look at the factory team

It is difficult for him to go to the official team in which they are Quartararo and Franco Morbidelli, although as we have pointed out, ‘El Diablo’ has not yet prolonged its link with the tuning fork brand. For now, Razgatlioglu, who has a contract with Yamaha SBK until the end of 2023, aspires to have the best motorcycle possible, so, for the moment, he does not contemplate going to the satellite team (there are Andrea Dovizioso and Darryn Binder).

Kenan Sofuoglu, mentor and representative of Razgatlioglu, has made it clear in a few words collected by ‘Speedweek’. “I have already spoken with Yamaha about it, they have a great interest in Toprak for MotoGP to be in the future. But one thing is very clear: this is only possible if Toprak continues to win WorldSBK races. When Yamaha makes us an offer for the factory team, we’ll think about it.. We will not race for a satellite team, only for the factory team,” he stressed.

Tags: superbikes, motorcycling, Yamaha MotoGP
MotoGP 2021: “I was practically dead, I thought about suicide and managed to reset my life”
MotoGP 2022: Miller: “I am closer than ever to being champion”
MotoGP 2021: Marini beats his brother Rossi in the 100 km of the champions
MOTOGP 538