MotoGP | Aleix: “It’s a good simile to compare myself to Sete” 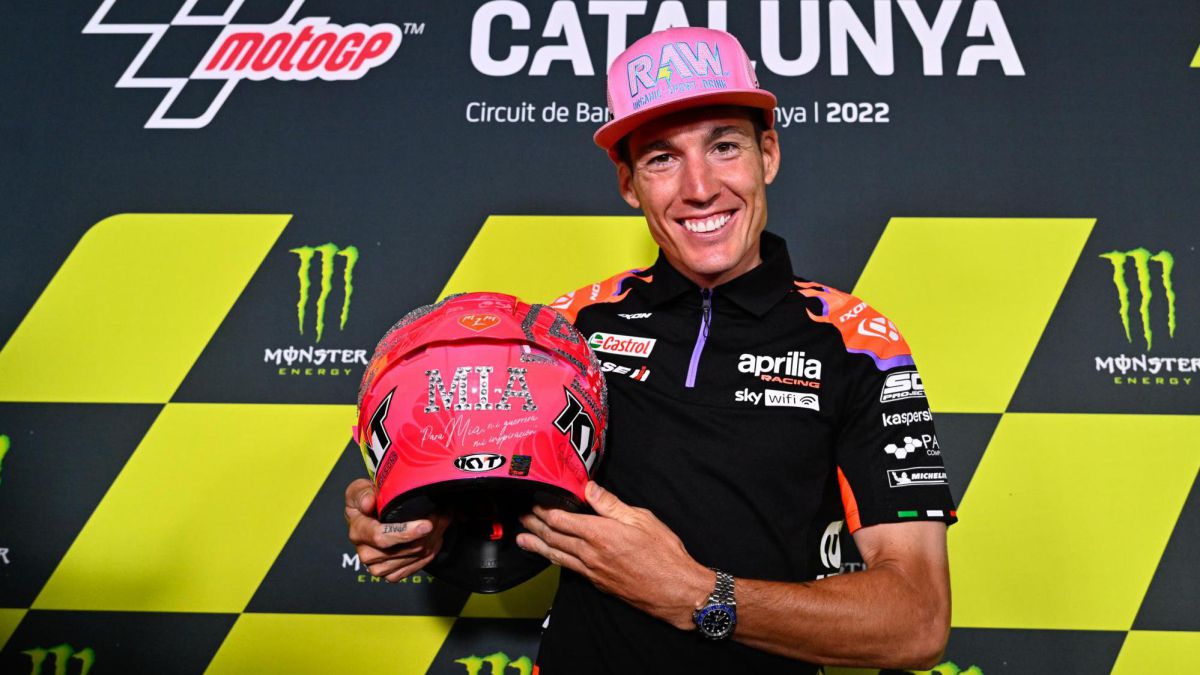 -Had you ever had so much attention around you, with 30 journalists waiting for your statements? -In addition, I have thirty journalists around pl

-Had you ever had so much attention around you, with 30 journalists waiting for your statements?

-In addition, I have thirty journalists around playing Nadal. That way it has much more merit… (Smiles).

How does this situation fit so naturally?

-When we say that the difficult thing is to be behind, fall, fight, get up again, it is not a cliché. It is so. It’s much more fucked up being behind and suffering than now. I’m having a great time, enjoying myself and I’m super relaxed. It’s the home grand prix, but I don’t really have any more pressure. I wanted to go out and show everyone that I’m going very fast, that this is my track, and to be able to do it, because the bike accompanies you is a luxury and that’s why I’m calm.

-Today’s Aprilia one-two is like Suzuki’s in 2015. How realistic would it be to think that it could be like that in the race?

– Are you already skipping Saturday?

-Hopefully, it would be brutal to do a 1-2, but this track is very difficult because the ‘drop’ (wear) of the tire is very high. The bike is going to do a lot of ‘spin’ (skate) so, although angry, because in this sport it’s about going fast, the fastest doesn’t always win. He almost always does, but not always, and this is one of the tracks where it might not be the fastest guy who wins and the one who does the best job. I think that if the fastest wins we will have numbers that will be the case, but we also have to work well and reach the end of the race with options, because the tire drops a lot.

-How has the Aprilia behaved?

-Well, I think today we have been constant, with the hard tire. I didn’t like it too much but even so we were among the fastest and with the interval I was much faster than my rivals. I already said that I think it’s because of speed, but today I was quite superior, but from lap ten or twelve and up to twenty-three I think there is. It’s really going to make a difference and I think no one has gone to the extreme so far, tomorrow we’ll do it in FP4 and we’ll see.

– Do you feel that rivals look at you in a different way?

-Yes. That’s what Rivola told me after Argentina’s victory, when everyone was very happy. I remember at one of the dinners in America, that he said: “Well, well, now it’s fine and everyone is very happy, but if you continue like this, everyone will stop liking you so much.” And we have four podiums in a row. We are constant and regular. I remember an interview in which Livio Suppo said that, if they couldn’t win the championship, he would be very excited if I won it, that I deserve it for the work I’m doing and that he has never seen anything like it in his sports career. That means that he is still excited, because everything that is happening this year is very strange and I think that until the end of the year, if I manage to win, it will continue to be like that.

-I really like making bets on this with my surroundings, and I don’t know if it will be worth it, but if it isn’t worth it it will be tenth up or tenth down, and if it is worth it it will be by one tenth. It was very hot and I think my time today is very fast with this heat, but tomorrow it will be quite easy, with twenty degrees less asphalt to lower those times. If those who have done 1:40 go down to 1:39.2 or 3, I think I can go down a couple of tenths from 39.4.

-Is there a pilot throughout history with whom you can identify? I have one, I don’t know if you have it too.

-I do not know i do not know. Maybe, but he was much better than me, Marco (Simoncelli), who in 125 and 250 cost him a little more, but he also won a two and a half world championship, but then he came to MotoGP weighing the hell, with a bike he didn’t official and it was going really fast, but I don’t know. Rider I don’t know, in MotoGP I don’t know.

-It reminds me a lot, saving some distances, of Sete Gibernau…

-He was hardworking, ambitious and had never won a World Cup when he fought with Rossi hand in hand…

-Can be. He had not fallen for Sete, but the truth is that he is a good simile. He was a very hard-working rider and to this day I remember when, a couple of summers ago, I was at his house and he still went crazy with the technique and with the way of putting the gas in a training session that we did there with Pedrosa . In that I see myself reflected: perfectionist and worker, so hopefully. He couldn’t finish finishing off so let’s see if I can do it.

-Bastianini has said that today he would have won the race, but this is on Sunday. What do you think?