MotoGP: Aleix loops the loop and gets into Q2 with the track record 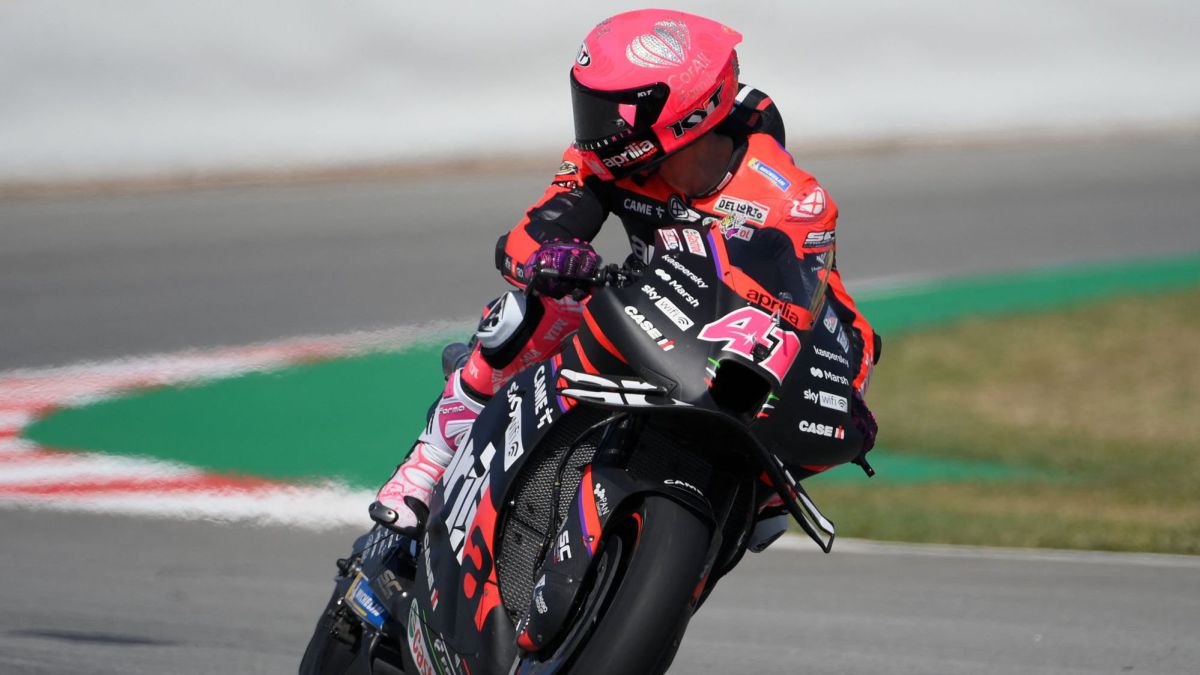 Aleix Esparfaró curls the curl in the FP3 of Montmeló, getting direct access to Q2 of the Catalan GP with the best time of the three free sessions

Aleix Esparfaró curls the curl in the FP3 of Montmeló, getting direct access to Q2 of the Catalan GP with the best time of the three free sessions and with a new track record. The Aprilia with the number #41 pulverized by 82 thousandths the 1:38.853 that appeared as the best lap since Fabio Quartararo signed it last year to reach pole.

The 1:38.771 of the driver from Granollers gave him an advantage of 0.131 over Johann Zarco and confirmed once again that, if nothing strange happens between now and the race, he is the top favorite for victory in the ninth round of the MotoGP season. He goes and the Aprilia RS-GP, too, but above all in his hands, because his teammate Maverick Viñales has gone from second place on Friday to eleventh in FP3the one that forces him to go through Q1 purgatory.

Those who have avoided the hassle of the playoffs have been Aleix, Zarco, Martín, Bagnaia, Miller, Quartararo, Marini, Pol, Rins and Di Giannantonio. The presence of four Ducati torpedoes immediately behind the Aprilia stands out, of course the presence of the champion and leader among the top ten, to avoid problems, and Pol’s direct access to Q2 thanks to an eighth place that places him as a difference as the best Honda, despite the fact that it is Nakagami and not him who mounts the new chassis and swingarm on his motorcycle, the one that the absent Márquez wore at Mugello.

There have been several important drivers who have been left out of the top ten places. Maverick 11th, Bastianini 12th, Mir 13th and Bezzecchi 14th will make Q1 very interesting through which Álex Márquez will also pass 19th and Fernández 24th.

Iker Lecuona leaves the MotoGP World Championship to race in the Superbike in 2022
MotoGP | Indonesian GP 2022: The most surreal MotoGP race
The vibrate of an engine, the beating of a hobby
MOTOGP 640